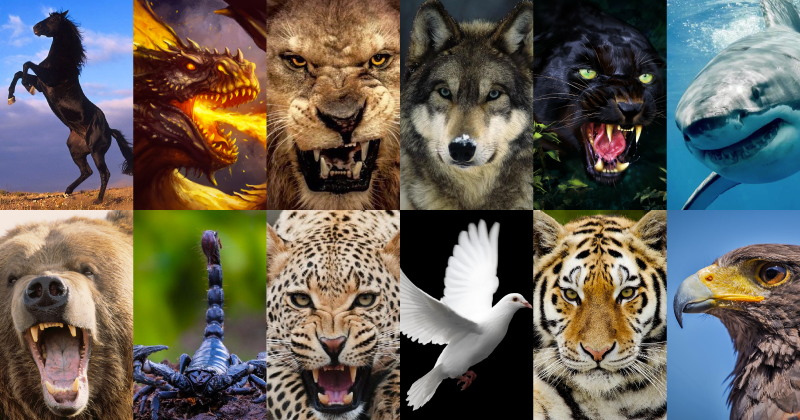 The month of your birth determines, to a large extent, the kind of person you would be.

The behavior expected of people born in different months is associated with animals which signify the month through their own traits.

Recommended: Your Date of Birth Can Reveal Your Personality and Your Destiny

Here, we reveal what your personality could be based on the month you were born in and the animal which represents it. 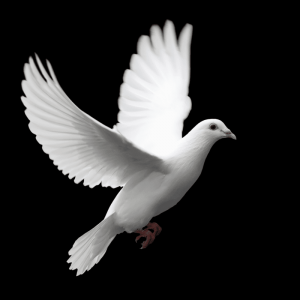 A fresh start, a new beginning, and hope, January kicks off the year for all of us and we all look forward to a great start to every year.

The Dove which stands for January signifies all of these traits and also determines the kind of person you may be.

If you were born in January, chances are that you are a peace loving and a kind-hearted person. You are someone who is in control of their emotions and understands others rather than judging them.

Calm and composed by nature, the one fact about you that stands out is that you are still as innocent as you were as a kid and your love is truly unconditional. 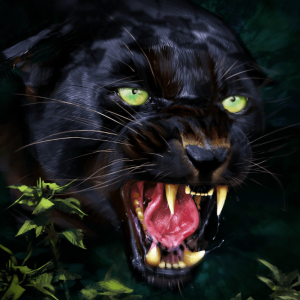 People born in February could be mysterious and charming. There are very few creatures who inspire as much awe and fear as the black panther.

It is inherently a creature of mystery who lives in the shadows. A loner by nature, it is feared as much as it is respected.

Silent, watchful and deadly, there are so many shades of this creature that no one can ever say what’s on its mind.

If that’s not the very definition of mystery, then nothing is. Chances are that you too are a person of inherent mystery, someone who is as much an enigma as this proud creature.

On one hand, you fiercely protect the ones you love, but on the other hand, you can be brutal to those who threaten you.

‘You get what you deserve’, is how you deal with people. If they are good to you, you could be their best friend but if not, there’s little chance that they survive your anger. 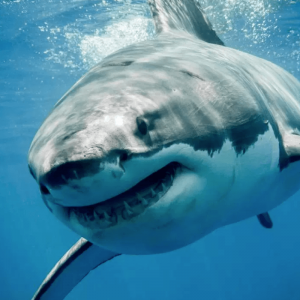 People born in March are known for their knack to grab an opportunity and get the best out of it.

If you were born in March then like a shark, which attacks the moment it smells blood, you too know when the opportunity is ripe and go for the kill.

Ruthless, relentless and merciless, you are driven when it comes to your dreams and like a true shark, you answer to no one and are free to rain hell upon anyone who dares stand in your way.

A shark inspires awe and fear and when it comes to someone who threatens you, you aren’t afraid of baring your teeth and ripping them off, metaphorically. 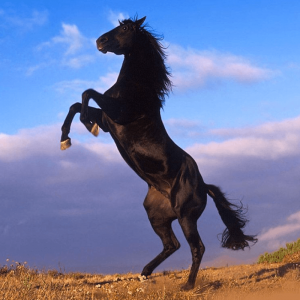 Wild, strong and free, a Stallion is known for its free spirit and exploring nature. People born in April, share this trait with the stallion.

If you were born in April then chances are that you love exploring new things in life, be it places, foods, relationships or something entirely different.

Your spirit cannot be trapped, as you already know, for freedom runs in your veins. And your inner-self is wild and strong.

People may try to tame you all they want but they know that you are the last person who could be reined in and that’s the beauty you carry in your soul.

Recommended: 10 Animals As Omens When They Cross Your Path 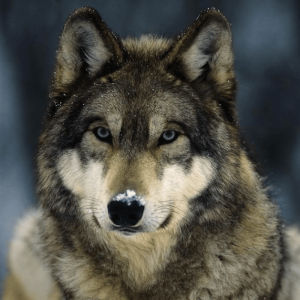 People born in May closely resemble the traits of a wolf.

The wolf is a darling of the night, an ally of darkness and a child of demon itself.

But the fact is, a wolf never harms unless threatened first, it never attacks unless provoked and it never kills if it doesn’t have to.

A loner by nature, it is one of the most mysterious animals that exist, always hiding in the shadows, waiting for its victims to come within its range so that it can pounce on them and kill without prejudice.

Chances are that your personality is as complex, mysterious and dark as a wolf’s.

You too, like a wolf, never attack unprovoked and are gentle in life but you can be brutal if pushed to the extreme.

Most people would think, looking at you, that you are harmless and that they can take advantage of you, but when there are threats or provocations, you act swiftly and smartly.

Your loyalty, like a wolf, is for life but so is your rage when you’ve had enough. 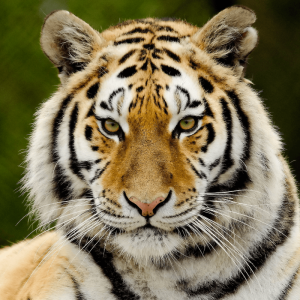 People born in June have traits that closely resembles that of a Tiger.

If you were born in June, chances are that you carry a ferocious soul inside.

A tiger is not only a regal creature but also a fierce beast, not to be trifled with.

You may already know this about yourself but you are the kind of person who would protect but tear to bits, an opponent, the moment you sense a threat to your loved ones.

A true tiger is tenacious and never gives in and you know you are really close to this beast. 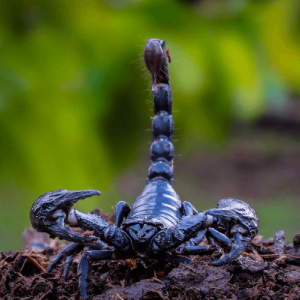 People born in July are known to possess the traits of a scorpion.

If you were born in July, chances are that you carry a deadly sting with you or the killer instinct in human terms.

You are highly sensitive to the people and changes around you and you know how best to attack and when to retreat.

You are smart in a way which protects you and also makes you someone who is to be respected.

You are quite harmless when left alone and, more often than not, you mind your own business but you hate provocations and that’s when your killer instinct kicks in.

You kill with a sting. 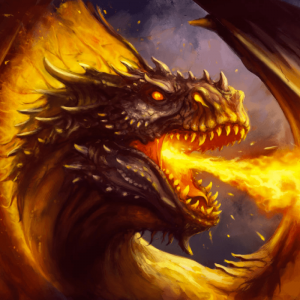 People born in August are nothing, if not Dragons.

Wild, free and fierce, they have a fire in their bellies.

Creatures of myths, they have legends around them which signify their fearsomeness.

If you were born in August, chances are that you too are a creature of fire and skies.

The aura that’s around you, comes out of this self-belief, which you possess, and the freedom of your soul is the freedom which the dragon personifies as it flies high among the clouds.

Loyalty is yet another dimension of a Dragon’s personality which you possess in abundance and once you have formed a bond with someone, it remains for life.

Not the one to shy away from challenges, the dragon in you is as real as the fire that burns in you.

Recommended: Which Is Your Spirit Animal? Simple Guide To Find It Out Yourself 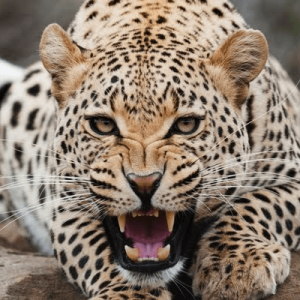 People born in September are masters of stealth.

If you were born in September chances are that you are very secretive and mysterious.

You are the kind of person who is extremely good at masking your emotions and staying true to who you really are.

You, like the leopard, are also highly resourceful and you find ways around problems to get what you wish.

If you want you can really be manipulative and deceptive but you know better than that and this is exactly what makes you powerful, the ability to harm but choosing not to. 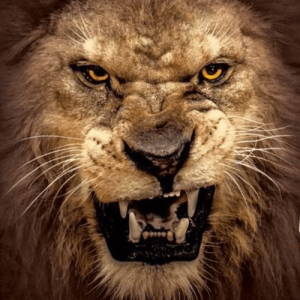 Like a lion, you could be ferocious and raw but also playful and extremely loyal.

Your personality is an inspiration in more than one ways as you lead by example, protect with ferocity, fight with your heart and kill with extreme prejudice. 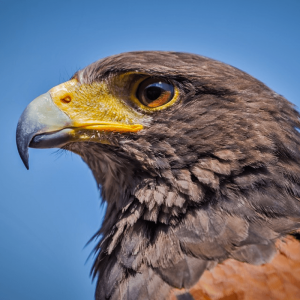 A creature of the skies, freedom runs in your blood if you are a November born.

On the one hand you nurture with the care of a mother but on the other hand, you can rip to pieces anyone who chooses to mess with you.

You are the kind of person who knows what true focus is and your concentration never waivers.

The most important aspect of your personality is your relentless pursuit of your dreams which let you fly high, beyond the reach of mere mortals.

Recommended: What is Your Spirit Animal? – TEST 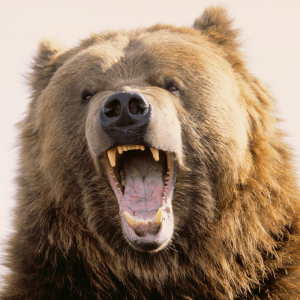 A bear is playful in its natural habitat but also a fearsome beast when in rage. People born in December share this quality with the bear.

If you were born in December, then you personify the raw nature of the bear, you signify the strength of the beast and you depict the primal nature of the animal which is as close to its true self as any.

The one aspect of your personality that truly stands out, like that of the bear, is the fact that you never attack if not provoked and so you know you can be destructive but you choose not to unleash the beast.

It’s your choice regarding how you choose to act is what makes you a bear, free, wild and elemental.