Then we move on to May and June, another power period. I feel that there will be a lot of social and political unrest as the landscapes have changed.

People no longer want the 3D paradigm of domination and control, they want freedom (that word and energy will be important all year), and to be self sovereign, which is a reflection of the need to be more creative, self aware, and self sovereign (5D energies) and much less controlling and domination (3D energies).

The summer months (July and August) will be more relaxed, even with 3 eclipses, and there is a greater potential for fun this year as we start to feel more of the integrated 3D/5D energy and bring it into our lives.

That may also mean a change in the family structure, moving from biological ties to energetic ones, you are ready for this, it has been happening for a while. Let go of things that no longer serve your energetic intention or that are not aligned with your energetic frequency.

Septemb er and October are when we will really start integrating the promise of 2018 as we will see greater numbers of people not only waking up, something that has been happening since mid-2017, but becoming more aware, asking questions, seeking new potentials for their lives, really questioning the limitations of 3D and wanting lives that are more spiritually integrated.

That’s why I always say ‘shine on’ because the light they seek is the light you shine as a Light Beacon.

The moon’s nodes follow a 19 year cycle so think back to April 2000, which is when we previously had the North Node in Cancer. What were you doing then that is now coming around again for an infusion of new energy?

Where was the world then and what is different today? The stage is being set for us to realize ourselves as the family of humanity and the energy is building for a new paradigm that will be embraced by a greater number of people.

In December 2018 and through early March 2019 the planet Uranus retrogrades into Aries from Taurus, then goes back into Taurus to stay.

This is significant because in Aries, its placement since March 2011, Uranus has been responsible for much of the global upheaval we have seen in the past 7 years whose focus has been righting many wrongs done to the world’s people by a small group of elitists, and strengthening our connection, as well as awakening the world to new potentials that do not involve 3D power, domin ation, and control.

Now it moves from fiery Aries into earthy Taurus, where it will stay until 2025. It was previously in Taurus in 1934 (Uranus takes 84 years to go around the zodiac) a time of great unrest in the world with economic depression, the rise of fascism, and world war.

But the world is a different place today and I believe we will continue to see a surge in awakening, connection, and stabilizing the transformation of Uranus in Aries to a more grounded flow of energy in Taurus.

Also, Aries is ruled by fiery Mars which can turn Uranus into a real troublemaker. Taurus is ruled by Venus which may tame some of Uranus’ rebel energy into a more refined, dignified expression.

Here are my global predictions for the year: 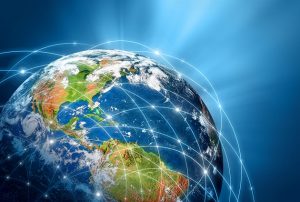 We’re going to see more odd weather this year but not with the severity that we have been seeing although chemtrails are still a big concern and how they are being used in weather modification.

I do believe we have on- and off-planet assistance in this area and that will become more pronounced in 2018. There are dire uses for the ionization of the atmosphere, as we saw with the DEW (directed energy weapon) fires in California where aluminized soil and aerialized nanothermite from chemtrails, along with SMART meters, were used to burn houses to dust.

I have done my research on this and can assure you that houses do not burn from the inside out, nor do ‘natural’ fires burn hot enough to disintegrate every fixture in the house.

This will be investigated and more information will be available this year. I think we will see support to protect us from these technologies that are from ET sources and are being used against people.

The phony climate change agenda will continue to be denied and will eventually lose energy this year too. In the US, President Trump has wisely stepped out of the Paris Accord and I believe other countries will too as they learn how much of their national wealth they will be forced to turn over and citizens will reject the other terms of these agreements that are nothing more than yet another agenda to destroy national sovereignty and private land ownership.

We’ll have more earthquakes too, especially around April and May and a few odd earthquakes that look like they are triggered with HAARP technology.

Some will not be reported by the media but information will be available from alternative news sources. Also pay attention to the presence of large sinkholes, related to frakking, that will again not be covered by mass media. I believe those are happening now but we are not being told.

We do need to pay attention to the world’s oceans and large bodies of water this year, they are undergoing yet another year of great stress but we can, through our intention for clean, healthy oceans, rivers, lakes, and streams, to reverse this cycle. Water is a cleansing element and it has taken on the energy of corruption that has plagued the earth and humanity for the past century. Focus daily on clean, healthy water, so we can support this important part of the earth’s energy body.

All eyes are on the US and President Trump who, like him or not, is the most powerful force in the upheaval of the old guard and the re-introduction of representative government, where governments fulfill the desires of their constituents and not of the corporations that pay off politicians to do their will.

We have been subverted for too long and that pendulum swung out so far it nearly fell off but it is now swinging back to a more sustainable center. This political corruption is everywhere, so do not be surprised at anything you hear about dirty politics.

It is necessary to show this so people can awaken to the truth and come together to demand truth, transparency, and fair dealing. This is another aspect of the 3D/5D integration that is being played out in the material world 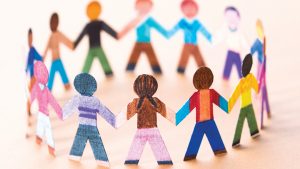 If you have been wondering when people will ‘wake up’ be prepared because this began in 2017 and continues throughout this year.

It will extend through 2020 and beyond too, because once people are awakened to their reality they do not go back to sleep. Some people may be horrified at the details that will emerge this year, of the true nature of the elitists’ rituals, ceremonies, and deeds but it has been going on for a long time.

I believe that as humanity’s awakening has increased the amount of energy that is available to them has decreased exponentially. So, in their desperation, they are preying on younger victims in their need for energy to feed from.

This is going to be a tough truth to handle because it involves very young, defenseless, innocent children and it will be the final straw for many to awaken. It is going to be hard to learn of these things, so be prepared.

Jesus said, of his miracles, ‘all these things you can do and more’. We need to embrace the ‘and more’ part and step into our own Christed Awareness and the empowerment that goes with it.

We are becoming divine humans, fully integrating our humanity with our divinity. We’ve been doing this for a few years, now we get to experience it in a practical way and we’re in an integrated 3D/5D reality that allows to fully expand the miracle energy and its instant manifestation in our lives.

We will see a lot of this in 2018’s power periods, as well as throughout the year. Shine your light brightly so those who awaken have a light to see and embrace. You are the example for them, not their healer or support. Everyone is energetically sovereign and makes their own choices.

We will see more community activism happening too and if you have been waiting to move to a like-spirited community from wherever you are right now, it may happen in 2018. In fact, if it hasn’t happened yet, 2018 will probably be your year.