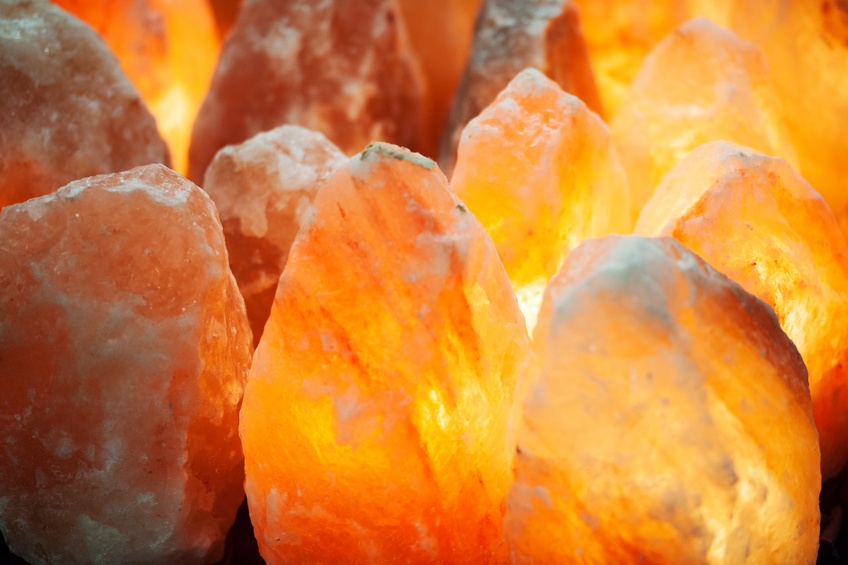 You don’t know what you’re missing if you’ve never owned a Himalayan salt lamp. It’s like having an open window – a softly glowing natural source of fresh, clean air – on your desk, in your living room, next to the bed, or anywhere you choose to put it.

Before we dive into the health benefits of using Himalayan salt lamps in your home, it may be helpful to first have a brief chemistry lesson:

All matter (the human body, air, water, etc) is made up of molecules which are made up of atoms which are made up of three types of particles: protons (positive charge), electrons (negative charge), and neutrons (no charge). Electrons orbit their molecules like planets revolve around a star. Occasionally an electron flies off and when it does, it leaves behind a positively-charged ion whose sole purpose in life becomes to fill the void left by its little lost electron.

In other words: it wants to steal a replacement electron from another molecule. Due to differences in molecular structure (number of electrons in the outermost orbit, strength and structure of electron bonds, etc) some materials lose electrons much more easily than others.

With this basic understanding of the behaviors of positive and negative ions fresh in your mind, let’s take a look at the top 10 benefits of the Himalayan Salt Lamp.

10 Benefits of the Himalayan Salt Lamp

Probably the most well-known benefit – and why the majority of people use them – is due to their incredible power to remove dust, pollen, cigarette smoke, and other contaminants from the air. “But how do they do this,” you ask?  “It’s just a big chunk of salt with a light bulb inside, right?”

Well yes, but no.  There’s much more to it than that.

Himalayan salt lamps purify air through the power of hygroscopy, meaning that they attract water molecules from the surrounding environment then absorb those molecules – as well as any foreign particles they may be carrying – into the salt crystal.

As the HPS lamp warms up from the heat produced by the light bulb inside, that same water then evaporates back into the air and the trapped particles of dust, pollen, smoke, etc remain locked in the salt.

Because Himalayan salt lamps remove microscopic particles of dust, pet dander, mold, mildew and the like from the surrounding air, placing a lamp or two in the rooms where you spend the most time can seriously cut back on allergy symptoms.

Even people who suffer from asthma should notice a big difference after a week or two. (In fact, Himalayan pink salt is so good for your airways, there are even HPS Inhalers!)

When the Himalayan salt lamp heats up and begins its hygroscopic cycling of airborne particles, it also changes the charge of the molecules which are released. (Remember our chemistry lesson?)

The majority of homes are filled with positively charged ions which aren’t particularly good for a person’s health. The positive ions are created by a number of things, but the primary source for most of us is from our electronics.

One of the health detriments of breathing lots of positive ions in the air is that the cilia (microscopic hairs) which line the trachea (aka: windpipe) become sluggish and don’t work as well to keep contaminants out of our lungs.

Recommended: How To Detect Negative Energies At Home Using Only A Glass Of Water?

As a Himalayan pink salt lamp absorbs water and particles from the air, it also takes positive ions with them. Then, when the heated salt releases cleansed water vapor back into the air, it also expels negative ions which have the opposite effect on our airways – increasing cilial activity to keep your lungs clear.

What all this means in a nut shell: Besides removing contaminants from the air, Himalayan pink salt lamps also help your body to filter air more efficiently so any foreign particles you do happen to breathe won’t make it into your lungs. 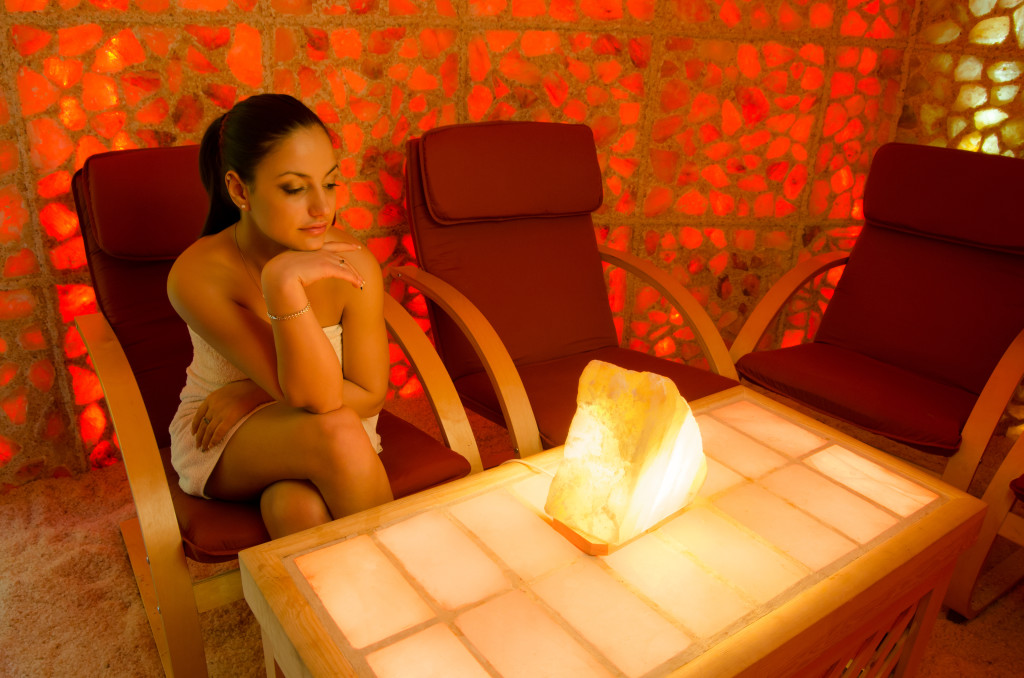 Taking a drive through the countryside with the windows down, spending time at the beach or camping in the mountains, or simply taking a shower first thing in the morning are all things that many people find invigorating. I

t’s not a coincidence that these are all activities which expose us to increased concentrations of negative ions such as those generated by Himalayan salt lamps. The fact is, positive ions sap our bodies of energy. Unfortunately, it’s all too common for us to try to diagnose the problem as something else entirely.

If you constantly feel tired and don’t know why, try keeping a Himalayan salt lamp in the room or rooms where you spend the most time. After about a week, you should notice a difference.

Nowadays, most of us are living in a metaphorical ocean of electromagnetic (EM) radiation which flows from our electronics (ie: television, computer, cell phone, tablet, appliances, sterio, etc). While they may be invisible, the long-term effects of EM exposure can be quite serious.

Constant exposure to EM radiation is known to increase stress levels, cause chronic fatigue, and decrease the body’s immune response, among other things.

As they emit negative ions into the air, Himalayan salt lamps work to neutralize electromagnetic radiation. Keep one next to the computer, television, and any other electrical devices which you use frequently to reduce the potential danger to you and your family. 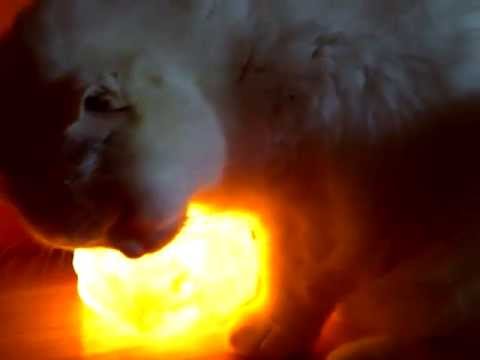 Another side effect which results from over-exposure to positive ions in the air is that it robs you of quality sleep. This happens because those positively-charged particles can actually reduce blood and oxygen supply to the brain resulting in irregular sleep patterns.

Himalayan pink salt lamps are natural negative ion generators, thus they can help to reverse this problem. Keep one or two around your bedroom to improve the air quality so you can get a better night’s sleep.

Recommended: How to Remove Negative Enegy From Your Home

Remember, even if you’re like me and you can’t sleep unless the room is totally dark, you can always turn the lamp off at bedtime. Just leave it on for the rest of the day so it can do its work while you’re awake.

People in humid climates should be aware that HPS lamps tend to weep when the salt becomes cool. You’ll definitely want to protect surfaces by placing a saucer underneath and be sure to follow the instructions for use and care which should be included with your lamp!

Himalayan pink salt lamps are a great way to naturally enhance your mood or to help you relax and unwind at the end of the day. At the same time and on the opposite side of the coin, HPS lamps are great for improving concentration.

Again, this is due to the effect of the negative ions on your body, improving blood and oxygen supply to the brain and other organs, as well as providing a boost of serotonin – the neurotransmitter which makes us (literally) feel happy.

In addition to generating negative ions which improve mood and energy levels, the soft, natural light given off by a Himalayan pink salt lamp is close enough to the warm glow of sunshine that they can even be used to relieve the symptoms of Seasonal Affective Disorder.

This year when the days get shorter, fight back the lethargy by surrounding yourself with a few HPS lamps set on timers.

9. Reduce Static Electricity in the Air

While not a “health benefit” at first glance, static is pesky stuff. It causes stress, embarrassment, and frustration. Static zaps you when you least expect it, as you’re reaching for a door handle, kissing your husband or wife before bed, or trying to pet your dog or cat.

Static can give you a bad hair day, make it impossible to clean crumbs or coffee grounds off of the kitchen counter, and even cause you to accidentally go to work with a sock stuck to the back of your shirt…

(Okay, so that last one may have been a little over-the-top.) The point is, static electricity can be a huge pain and Himalayan pink salt lamps are a natural way to neutralize the airborne ionized particles which cause it. 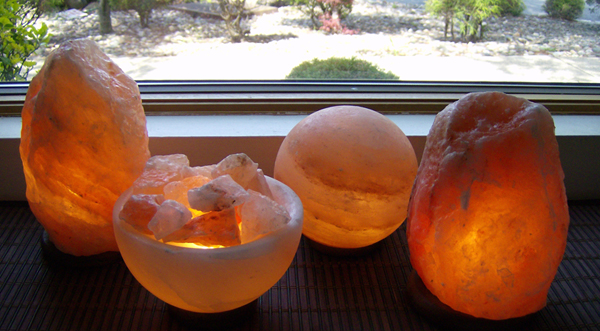 Last, but not least: Himalayan pink salt lamps are environmentally friendly. While only an estimate, the reserves from which HPS is mined measure somewhere between 80 and 600 million tons and is projected to last for at least another 350 years at the current extraction rate.

The base of an HPS lamp is generally carved from a sustainable wood such as neem. Some lamps use a low-wattage bulb which consumes very little energy while others are powered by a lit candle.