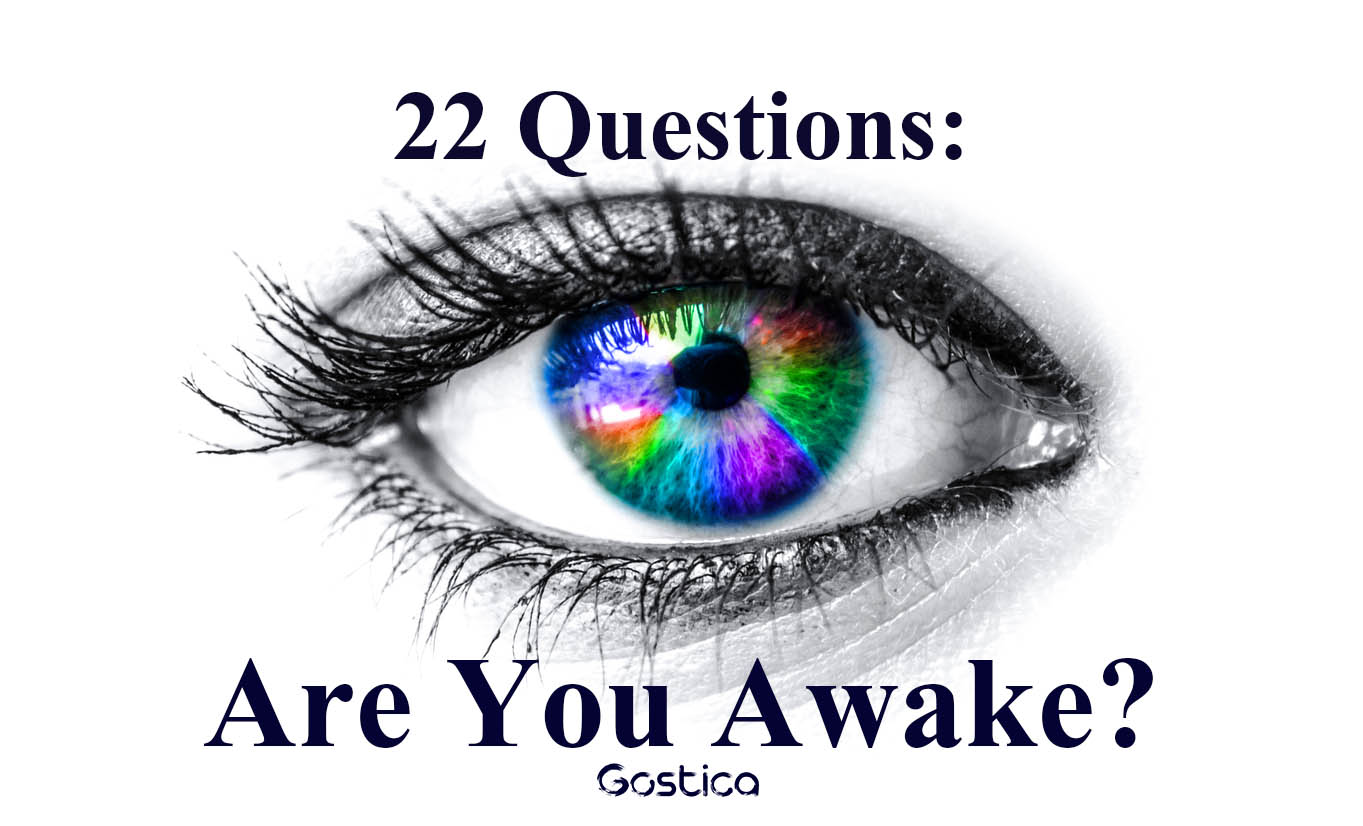 We’ve been taught to assume the truth about everything presented to us without questioning the origin of the initial facts.

Had we been taught this in school, would either George H. or George W. Bush have become president? I doubt it, but that’s how propaganda has affected us as a global civilization.

With that in mind, what thoughts do you question? Here are a few of mine:

1. What are our true origins and where did we come from?

2. Explain how the differences in this planet’s races evolved. Some say mankind originated in the Middle East or in Africa, and then people migrated, causing the change in skin color.

Perhaps that would explain skin color, but explain the facial differences of people from Asian decent and how this would be a biological change from evolution.

Is it possible that we were ALL seeded here instead of Darwin’s theory of evolution?

Recommended: The Dark Side Of Spiritual Awakening Most People Never Talk About

3. If the bible dates our existence to approximately 4,000 BC, then how do people explain the pyramids on the Giza plateau, which date back to over 10,000 years ago?

4. Who built the underwater pyramids in the China Sea, which are estimated to be 12,000 years old?

5. Somehow, we went from h0mohabilis to h0moerectus to hom0sapien without any gradual changes in between lineages. How do you explain the lineage of mankind?

6. What are the true meanings behind these pictures?

7. Assuming there are advanced beings of life, would you imagine ET’s have “money” and work 8+ hours a day for the elite?

8. Why did we go from a naturally harmonic calendar to the current and inharmonious Gregorian calendar?

9. Is it possible that those who “fear” God are giving their power to the church instead of keeping it for themselves?

10. Is it possible that the God(s) – mentioned in the Bible is a fallen angel?

Recommended: 6 Things You Lose When You Become Spiritually Awakened

13. Why should anyone “fear god”? If this is an all-loving being, then why be scared of him (or her)?

14. If Jesus was so amazing, then why didn’t people write about him when he was alive? Even if the people were illiterate, they could still draw pictures. Even the cavemen documented UFO’s and aliens.

15. Why does the Roman Catholic Church have the most high-powered telescopes pointed toward the skies?

16. If Thoth and Quetzalcoatl are the same person, and Thoth is considered to be a Reptilian, is it possible the Mayans and Aztecs got their information from extraterrestrials?

17. Why do people assume the bible is the ultimate “truth”? Why don’t more people question the origins of the bible?

18. Why doesn’t the bible acknowledge UFO’s and extra-terrestrials? Did “God” create them as well? If so, then why do ET’s have advanced intelligence over human beings? If not, then explain ET’s.

19. There are 3 city states located in Washington, DC (which controls the world’s laws), London (banks) and the Vatican City (religion).

This video will show how they’re all tied together:

20. The Roman Catholic Church removed the Books of Enoch from the bible, which stated all will be revealed in this present world.

He also mentioned a wondrous civilization in the past that misused the keys of higher knowledge (presumably Atlantis). Why were these writings eliminated from the bible and why did the bible neglect to mention of previous civilizations?

21. Why do we work 8+ hours each day to support the elite? Was this part of our true divine reason for incarnating here or is it to distract us from that reason?

22. If there was no such thing as “money” what would YOU be doing with your life?

Recommended: In This Amazing City People Live Without Politics, No Religion And No Money

We live in a society that rewards those who follow the flock and ridicules those who think outside the box. This paradigm is changing as evidenced by the uncovered atrocities of 9/11 as more and more people awaken to seek the real truth behind who they are and who they represent.

If you are one of these people, I commend you. If you are still asleep, then perhaps it’s time that you begin searching for some answers. The bottom line is to question everything, because most of what we have been taught is not the complete truth.