Home
SPIRITUAL LIFESTYLE
Lightworkers, Are You Alone Or Strategically Placed? 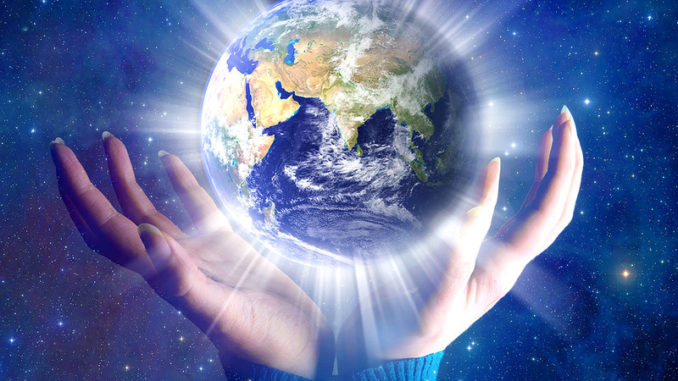 I hear from so many people who feel isolated and alone during this awakening and massive paradigm shift taking place around the globe.

Spouses can’t wake up partners to the truth; family members and close friends think you’ve gone wonky, while the mainstream matrix mouthpieces keep up their barrage of derision against anyone who dares to look past the range of their narrow blinders.

It does suck. We all experience this phenomenon and the isolation that seems to accompany the wake-up.

Here’s a hugely happy thought. If we’re an organic, cosmically influenced body of crystalline receivers and broadcasters in an alive and amazing all-knowing Universe, perhaps we’re exactly where we’re each supposed to be.

In fact, we’re probably carefully distributed to create a world-wide grid of truth.

Cool? In other words, once again there’s no mistake with synchronicity!

Oh, Look At All the Lonely People… Connected!

Are we all truly strategically positioned for the best possible effect on the cosmos and the awakening?

Resonates with me, as trippy as it may seem. Why not?

We’re each generators, nodes, transmitters, relays, conduits, and vessels of light, truth, and love. The ultimate power of positive transformation. And we may be just where we’re supposed to be, lonely or not. So take heart!

Recommended: Lightworkers Will Experience These 20 Signs Of Quantum Upgrades. Are You One Of Them?

So the loneliness is from what? Perhaps devised separateness, a systematically broken down and compartmentalized imposed society of induced helpless creatures supposedly awaiting the touch of a distant god or some romantic “other” to free them. All based on conceptual lies of separateness.

They do try, don’t they?

Yes, we need emotional bonding, but within a constructive framework. The purpose of the imposed matrix is to break us down to negative, destructively entropic self-degrading emotions and responses, fight or flight left brain reactions, and self-flagellating flailings about in the mystic.

And then bonding to their “idols” of confusion and materialistic insanity for so-called security.

Wrong. Clearly wrong. Don’t let anybody fall for it.

Positioning – Be!…and Broadcast Where You Are!

This is perhaps a revolutionary idea, but nothing that’s not already in place. I contend that do not realize this is to decrease the intensity and effectiveness of our power grid. Immensely.

Those of you who’ve awakened to this realization of the importance of “now consciousness” know what I’m talking about.

That humanity has been distracted from this knowledge and understanding through false teaching, amusements and entertainment is one of the history’s greatest lies and tragedies for humankind.

Recommended: 10 Characteristics Of The 144,000 Prophesied Lightworkers Who Will Save The World

We can’t all be physically together, except in a very large concept. And the truth warriors with whom we each communicate are often in far-flung locations and operate in their own personal nexus.

But in the grid? We are already one. Turn it up and Shine! We are One and Now!

Hardly any of us are completely mobile and ready to join up and live with other Truth advocates. Some are doing it and if that’s what we’re supposed to do we’ll do it.

We’ll each keep evolving according to conscious unraveling. It’s a little freaky to try to conceptualize but I at least just wanted to relieve some angst for those worrying about this feeling.

We are where we’re supposed to be… at any time, in any place.

Fear not. Hope you enjoyed the ride.

Spread the Truth. We each make a HUGE difference!