Home
Astrology
Angels Of The Zodiac: Star Signs And The Archangels Connected To Them 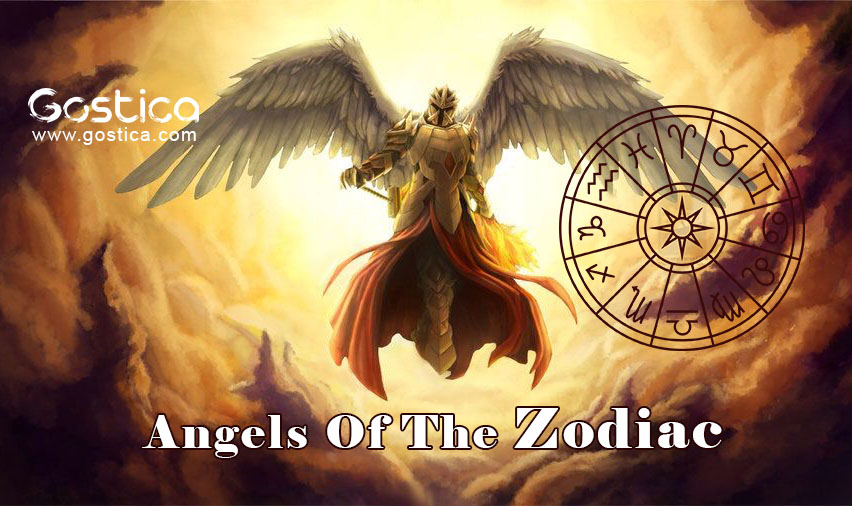 Archangel Raphael rules over the star sign of Virgo, the planet Mercury, Wednesday and is responsible for the East.

Archangel Raphael is one of the principal angels of healing.

Archangel Raphael is the ruler of the Zodiac sign of Virgo and brings the attributes of efficiency and an analytical mind.

Virgo’s are known to be hardworking, paying great attention to detail.  They like to be able to discriminate and scrutinize every possibility before making their selection.

The positive qualities of this sign are also apparent in their helpful, unassuming, dependable natures, while their more negative qualities often appear as over-fussiness, fault-finding, and indecisiveness.

Virgos are often shy and modest, unwilling to project themselves into the limelight.  Virgo prefers to work away quietly behind the scenes without too much fuss or attention.

Virgo is methodical, painstaking and industrial, able to master the intricacies of any subject they choose to tackle.

Archangel Hagiel is the ruler of the sign of Libra and imbues those under this sign with the traits of being harmonious and diplomatic.

Archangel Hagiel rules over the planet Venus, the star sign of Libra and Friday.

Libra seeks to weigh things up and come to an impartial judgment, not ruled by emotions and Librans seek to always balance the body and soul, mind and spirit.
Those born under the sign of Libra are known to be diplomatic, lovers of harmony needing a stable, balanced environment.  Librans are known for their logic and diplomacy.

Librans can see both sides of an issue but can have difficulty making decisions.  Librans like to constantly circulate and love to socialize.  Their energy is one of cultivated refinement and charm.

Because Libra is an Air Sign, those born under it often displays a distinct intellectual streak and a love of knowledge.  They like to use language exquisitely, and ‘communication’ is very important to them.

Scorpio is overseen and ruled by the Archangels Azrael and Camael.

Archangel Azrael is a ‘shepherd’ angel who rules the planet Pluto and the star sign of Scorpio.

Archangel Camael rules over the planet Mars and Tuesday.

Those under the influence of the angels of the zodiac sign of Scorpio are given powerful and intense personalities.

Scorpio is ruled by Pluto, the planet of ‘hidden things’.  Because of this, the Scorpio personality can become a little paranoid and obsessed about what is going on around them in their lives.

Scorpios are well known for their powerful emotional natures.  They will hold on tenaciously to what is theirs and refuse to yield anything without a fight.

But once a Scorpio loses interest in anything or anybody, the lack of feeling is suddenly and instantly apparent.  The quality of ‘fixity’ is not one which changes easily, and fierce determination can thus reveal itself negatively and ruthlessness.

The more positive Scorpio qualities include tremendous loyalty and a sense of responsibility, but their negative aspects can be possessiveness and jealousy, and a tendency to be self-destructive and outwardly destructive.

Scorpios can be quite relentless with those who hurt or betray them.

Those born under the influence of Sagittarius have the attributes of being optimistic and adventurous.

Sagittarians are by nature, intuitive and imaginative, but it often out of touch with the limits of reality.  Sagittarius finds restrictions of all kinds to be extremely tiresome.

Sagittarius is full of wonderful ideas and creative visions, but putting them into practice is a chore which he prefers to leave to other people.

Sagittarians often make for wonderful philosophers and teachers, as they enjoy sharing their opinions with others.  They dislike being told what to do at any time.

While the positive qualities of Sagittarius include positivity, generosity, enthusiasm, action, creativity and a fervent love of life, the negative qualities include a tendency to be dogmatic, opinionated and often tactless.

Those influenced by Capricorn are careful and responsible in all that they undertake.

Capricorn is a sign which desires status and a high position in the world, therefore, social acceptance is of great importance to them.

In realizing their ambition, Capricorns are not afraid of hard work and will suffer many hardships and obstacles to reach their goal.

There is a strong sense of determination and a powerful willpower which eventually carries Capricorns to their desired goals.  Whether this is the goal is financial, acclaim or power, Capricorns will set out with the utmost resolution to attain the goal.

Capricorn’s greatest talent lies in the field of organization and control.  They are disciplined and structured, wasting no time or resource that are not absolutely necessary.

They are also great upholders of family traditions, society and the correct way to behave within the context of family and society.

Capricorn is concerned with amassing wealth for the security it brings.  This will generally bring them a position of authority and leadership, but they can be pessimistic and worry themselves unnecessarily.

Capricorns like to be organized and can be overly cautious.

The sign Aquarius is ruled by the Archangels Uriel and Cassiel, bringing the energies of being idealistic and a humanitarian.

Archangel Uriel works with the Ruby Ray with a focus on your life path and soul mission.

Archangel Uriel is responsible for the North and rules the zodiac sign of Aquarius and the planet Uranus.

Archangel Cassiel rules the planet Saturn, the star sign Aquarius and Saturday, and is a ‘shepherd’ angel.

Aquarians tend to be independent, progressive in outlook, and humanitarian.  Aquarians love the idea of helping humanity as a whole  –  but they often come unstuck when faced with the messy petty problems which arise in one-to-one human relationships.

The Aquarian whose high ideals inspire him to work positively for humanity is usually extremely loathed to become embroiled in the world of personal relationships.

Positively, Aquarians may come across as cold, aloof and unsympathetic.  His courageous, enthusiastic ideals can easily turn to stubborn fanaticism.

The Aquarium mind is usually highly developed, but their earnest nature often gives rise to friction.

The star sign of Pisces is ruled and overseen by the Archangels Asariel and Zadkiel, making those influenced by Pisces artistic and emotional.

Archangel Asariel rules the planet Neptune and the star sign of Pisces.

Pisceans are by nature a ‘feeling type’ who acts and reacts according to how they feel rather than what is logical.  They tend to be idealistic, romantic and sensitive, as well as self-sacrificing.

They will sacrifice a great deal in the name of love.  Pisceans love to be in love.  They are romantic about everything, especially love affairs.  Every aspect of life must contain some element of romance for them  –  otherwise, they become bored and lose interest.

The general characteristics of Pisces are those of kindness, peace-loving and being responsive to the woes of others.
Pisceans are great champions of the ‘underdog’.

They are generous, sympathetic and understanding, although their sensitive natures can make them moody and/or irritable.

Pisceans are resourceful, inspirational and imaginative.

The angels of the Zodiac rule and oversee each of the individual star signs of the Zodiac, assisting us to understand and work with our personality traits, life lessons, experiences and influences throughout our lifetime.