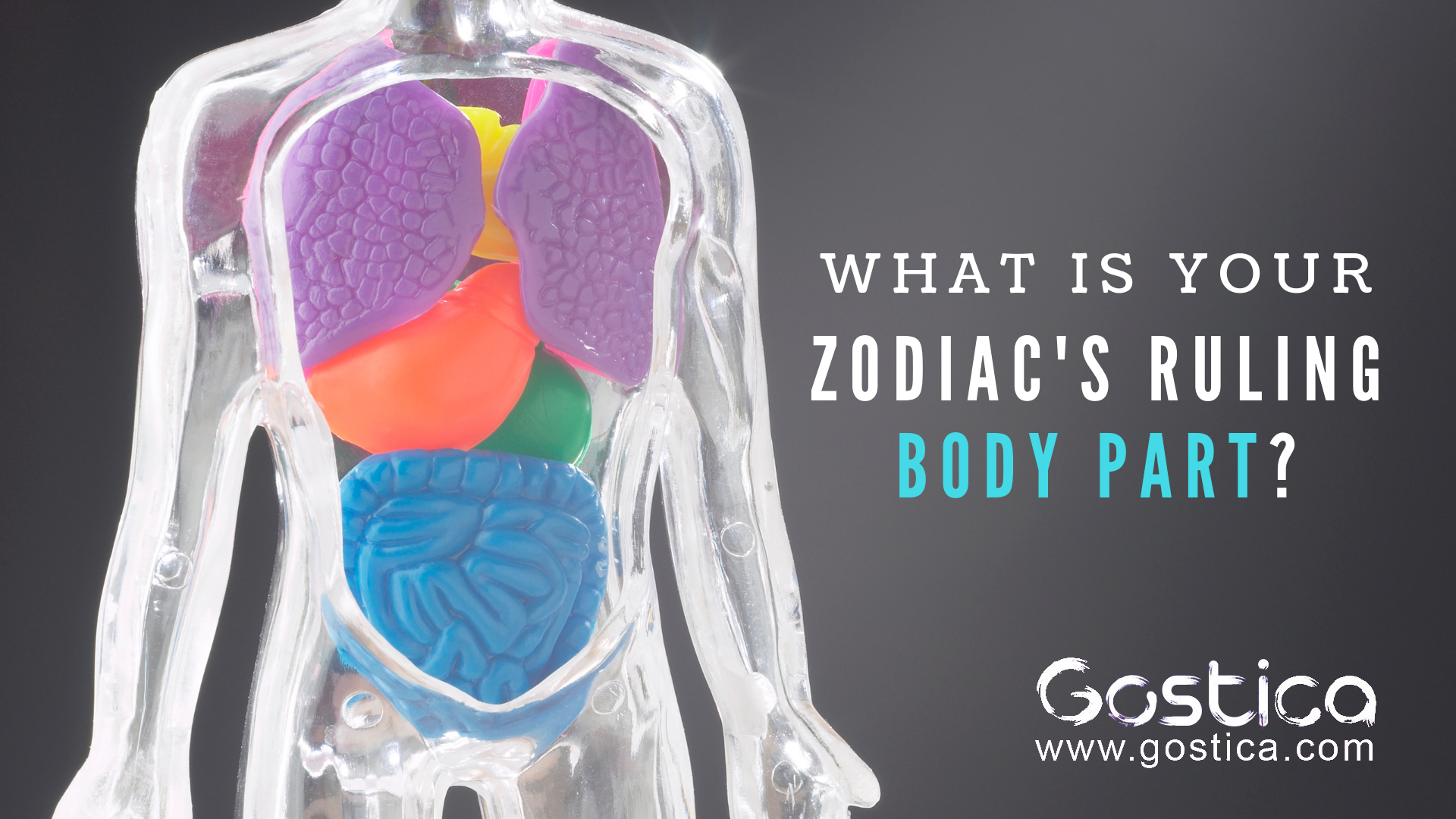 Basically, doctors believed each zodiac sign held influence over a certain part of your body, which could mean that you might feel pain or have medical complications in those areas — completely unrelated to how your body looks, of course.

Since astrology is used mainly as a creative tool for self-discovery, where do these medicinally-inclined ideas even come from?

To be completely clear, no one truly knows for sure. The earliest text about astrology was written by Marcus Manilius, a poet and astrologer who authored Astronomica, a poem in five texts that outlined the practice of astrology in medicine and in spiritual practice sometime around the early first century.

The idea behind medicinal astrology is that it believed different parts of the body, diseases, and drugs to treat them were all under the influence of a ruling sign and planet. Thankfully, we’ve come a long way since then.

But it’s interesting to note that many of the associations between body parts and their ruling signs still ring true for astrology enthusiasts, anyway. It could easily be said that the ideas behind medicinal astrology are pure fantasy, but you be the judge.

Since Aries are known as the babies of the zodiac, the body part that’s known to be most sensitive for them are their noggins. They’re the sign most likely to suffer from headaches, migraines, and eye problems.

They’re extreme personalities are likely to lead to mental stress, due to their non-stop lifestyle.

Taurus rules over the neck, including their vocal chords and their thyroid gland. According to medicinal astrology, they are most likely to suffer from chronic sore throats, as well as an over/under active thyroid.

On the brighter side, they’re also known to be fantastic singers? So, if you’re a Taurus and this bums you out, maybe write a song about it.

I don’t know why they threw the nervous system in with the hands, arms and lungs, but you may know a Gemini who talks so much with their hands, it’s like they’re fluent in their own special sign language (ahem, Donald Trump).

Geminis do tend to worry a lot, especially when they aren’t keeping busy, and their nerves can lead to breathing problems and anxiety attacks.

Cancers rule over the chest, breast, and stomach. They are a nurturing sign, nestled in the fourth house of the zodiac, which rules over home and family. They suffer from a lot of indigestion (if you know a Cancer, you’re well acquainted with how comfortable they are farting in front of people), and they may suffer from a variety of eating disorders.

Leos are the sign of the lion with a brave heart. That said, being so brave can lead to heart palpitations, and sticking your chest out all the time can really take a toll on your spine. Leos are the sign who would benefit most from an inversion table; hang upside down a few times a day to increase circulation and re-align that spinal column.

Virgos are known to be very peculiar about things, and that includes whatever they put into their bodies. Much like their personalities, their bodies are continually struggling to clean out the excess, to remove what’s unnecessary (like outward displays of emotion) and this constant striving for perfection can lead to suppressing their “gunk.” What I’m saying is, they can get really constipated.

Well, this might seem a little all over the place, but when you consider Libras desire for balance, all of these body parts play a major part in that. Libra’s quest to create balance in their lives can become so obsessive that they can lose the balance within, and that imbalance will most likely create a problem in one of these areas.

Scorpios like to f*ck, and we all know that the human genitalia is a delicate ecosystem. Scorpios are most likely to suffer from chronic UTIs, yeast infections, and bacterial infections. It’s not that they aren’t clean; they are obsessively clean. They just have an incredibly sensitive, well… you know. Even more so than the rest of us.

Sagittarius likes to party as much as they like to explore. They’re always out and about, on the move, looking for answers, and searching for new philosophies. The problem with all that movement is it can lead to hip problems. And liver problems, especially when they refuse to slow down with the partying.

Capricorn, you old goat. Your sign is constantly pushing itself to aim higher, to reach the top. The problem is you try to carry the world on your shoulders with you, and the weight of that can really mess with your bones, bruh.

So, the next time you’re insisting on doing everything yourself, consider the idea of maybe delegating a task or two, especially if the task could potentially lead to an injury.

Aquarians are a nervous sign, although their nervousness is more of an outward kind, being that their bodies literally cannot keep up with the activity of their minds. The ankles are the joint that connects the entire upper body to the feet, which connect the body to the earth, and like the ankles, an Aquarian is like a human go-between for life on earth and in space.

They’re spasmodic, and calves, shins, and ankles are proof, as they’ll receive a good zap of a charlie horse when their body needs a minute to catch up.

They are basically “bubble” boys and girls, who need to create a protective space around them energetically, or everything falls apart, and they lose their connection to the earth, represented by the feet. Oh, and they suffer from foot fungus. Gross.

This article was originally published by Elite Daily.