Home
Astrology
Mercury in Aries Helps You Get That Bread 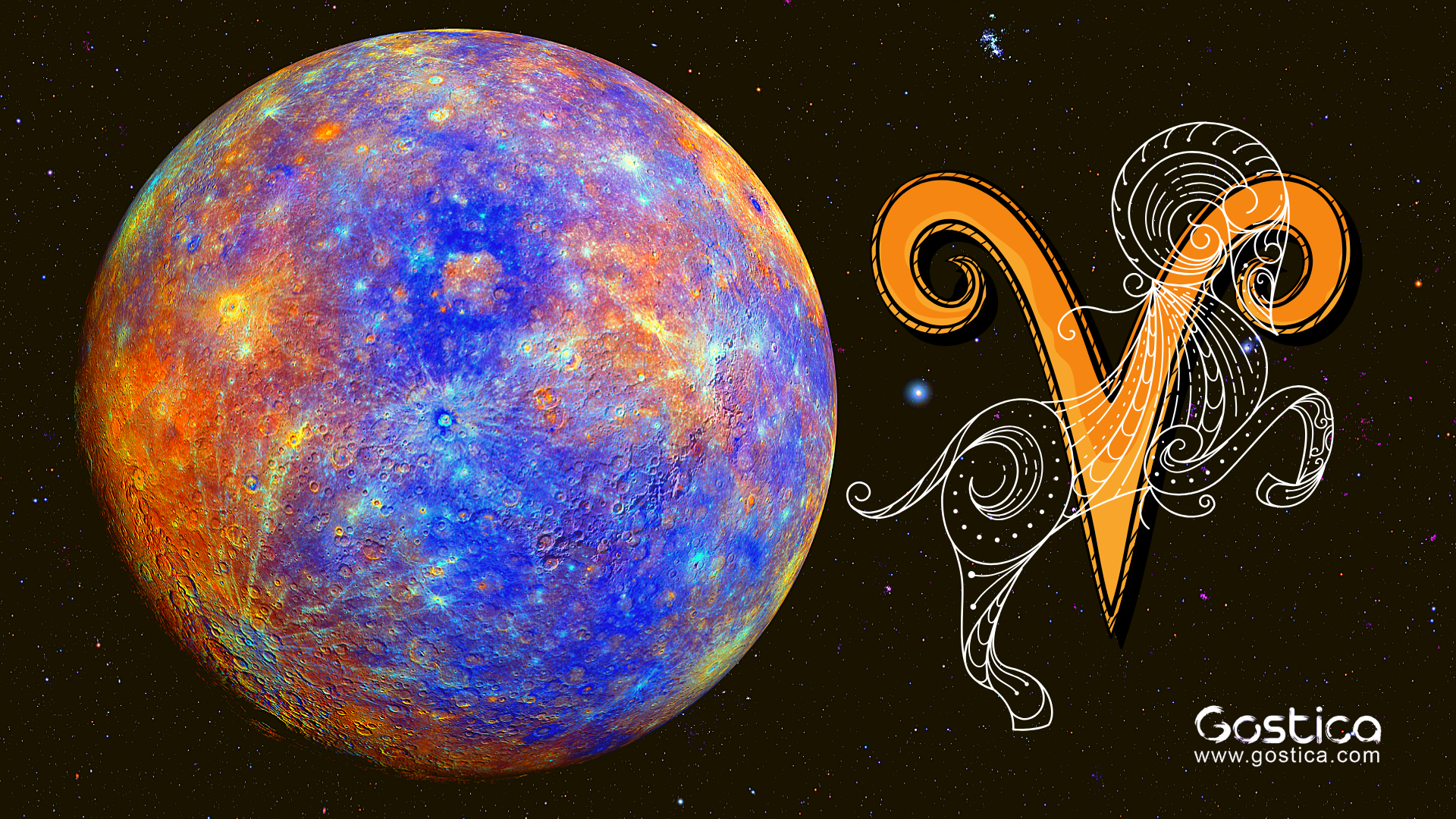 The planet of intellect in the most go-getter-y sign? You’re about to be a BOSS.

Let’s be real: Mercury in Pisces has been a total drag. Because Mercury is the ruling planet of Virgo, the opposite sign of Pisces, it always feels debilitated in the sign and makes you feel like you’re stuck in a perpetual brain fog.

Tack on a retrograde at the same time, and no wonder life’s been, well, HARD. Thankfully, early in the a.m. on April 17, Mercury moves out of moody Pisces and enters upbeat, forward-thinking Aries!

Like-minded fire signs Aries, Leo, and Sagittarius enjoy feeling mentally back up to speed the most. The other cardinal signs—signs like Aries that represent action, beginnings, and the start of a new season, but of different elements—Cancer, Libra, and Capricorn might break a sweat from the faster pace.

But no matter your sign, this huge shift in energy can catch you off guard at first. Mercury in Pisces distorted time and made life feel like it was moving in slow motion. But Mercury in Aries feels like fireworks popping off in your brain.

Your mind is a loose cannon, blasting your train of thought in fifty different directions, but at least it’s fun! Your energy levels are higher, so you’re not smashing snooze on your alarm 10 times every morning, and your quicker mental tempo means you’re crushing it at work or school.

Since Aries is ruled by Mars, the planet of action, talking to any romantic prospects is also way easier, thanks to the confident attitude of Mercury in Aries!

But watch out: Mercury in Aries provides a direct connection from your brain to your mouth, sans filter. Aries is the opposite sign of socially savvy Libra, so being polite and tactful is a bit of a challenge now, and when it comes to making decisions and picking the right words to say, impatient Aries’ influence can make you feel more hasty and rash.

If you hear somebody was talking smack about you, wait a day or two instead of immediately confronting them. Then you can approach them more calmly, or better yet, you might discover it was all just a huge misunderstanding.

If you’ve been in a mental slump, Mercury in Aries is the perfect fix. Mercury in Pisces was all about tying up loose ends, drawing conclusions, and finishing out cycles. Aries is the vibrant sign of new beginnings and fresh starts, so Mercury in this sign promises to boost your attitude and give you a more optimistic outlook.

Since Aries is such a shoot-first, ask-questions-later type of sign, taking risks like asking for a raise or double-texting your crush is way less daunting now. You know what you want, and you aren’t afraid to say or do whatever it takes to get it with Mercury in Aries—so get out there and do the thing!

Continue below for your sign’s Mercury in Aries horoscope!

Just in time for the end of Aries season, Mercury finally joins the party in your sign! If you’ve been feeling ignored or neglected lately, Mercury in Aries helps you find your voice again and unapologetically speak your mind, loud and clear for everyone to hear.

Whenever there are planets in Aries, the sign before yours, it’s like all the action happening is just in your peripheral vision. The world around you is picking up the pace since Mercury in Aries is so explosive for everyone else, but you’re feeling more introverted for the time being. Use this time to meditate, relax, and get in touch with yourself.

As an upbeat air sign, any action happening with fire signs is naturally compatible with yours! These next couple of weeks help you flex your social muscles even more than usual. The fast-paced energy is bringing tons of spur-of-the-moment outings with friends and plenty of new connections.

Important talks with your supervisors at work are more likely now, and they’re all keeping a very close eye on your performance. Mercury in Aries is like a megaphone, amplifying everything you say and do so the whole workplace knows about it. This transit bolsters your confidence, but try to tread lightly so you don’t overdo anything and look bad.

Mercury in like-minded fire sign Aries vibes perfectly with you! Increased brainpower and a more motivated mindset help you broaden your horizons and learn a lot in a short amount of time. If you’re in school or able to travel now, it’s an especially rewarding period to do so. You’re eager to teach others as well, but watch out for coming off as a know-it-all.

You’re usually focused on the affairs of others, putting them and their needs before yourself, but Mercury in Aries is bringing a change of scenery. Now, you’re more compelled to focus on yourself and your emotions most. Aries is a very “me, me, me,” sign, so now’s the time to take a long, hard look at yourself! You might just learn something new.

You’re the zodiac’s people pleaser, so you’re already joined at the hip with your bestie or your boo, but for the next few weeks, you’re literally inseparable! However, you should use this time to learn more about yourself through your relationships, whether they’re running smoothly or flopping.

Stumped with that presentation at work? Can’t figure out how to wrap up your big project at school? Mercury in Aries is all about flashes of inspiration that help you tackle all of these issues head-on in ways you didn’t even think were possible before! Don’t go too hard, though, or you might burn out.

Aries’ vibes match your own fire sign traits pretty well, so with Mercury here, you’re thinking more positively and feeling confident and energetic. As a result of your buoyant attitude, you’re feeling more romantic, your sex life is flourishing, and your creative side is thriving too!

Mercury in Pisces felt like an emotional, confusing roller coaster, and you’re just about over how overwhelming it’s all been. Mercury in Aries wants you to withdraw for a while. Aries’ explosive energy doesn’t do much to calm you down during all this alone time, but it gives you the stamina to process and figure out the mentally overstimulated past couple of months.

You’re way more social right now, but you aren’t necessarily making any new connections. Instead, you’re busy spending time with the wide variety of friends you already have and learning more about yourself through the process (as well as which pals you may be outgrowing).

For the next few weeks, you’re more focused on your beliefs and values. The last Mercury Retrograde was in your sign, so your world was especially shaken up, but now you’re able to process it all and choose how to change your approach to communicating. In a totally different realm, expect talks around money and business to be a theme of Mercury in Aries. Negotiations over any kind of contract or a raise are likely to tip in your favor now.

Recommended: 6 Things To Do Immediately, Now That Mercury Retrograde Is Over

This was originally published by Cosmopolitan.