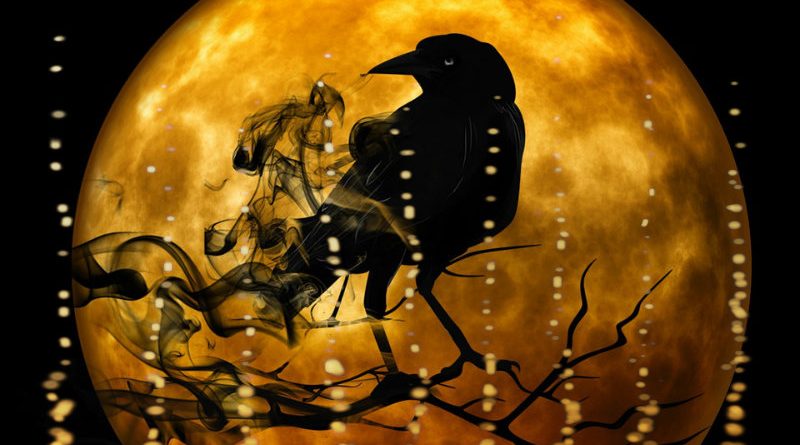 October 31 is a powerful time of year. When you throw a Mercury transit on top of Halloween, you can expect fireworks.

Mercury leaves suspicious Scorpio, and slides into Sagittarius around midnight on Halloween, but the communication planet has mixed feelings about being in this adventurous sign! It is a very interesting placement, with the potential to wield a lot of power…

Expansive Sagittarius can be overwhelming to detail-oriented Mercury. It’s much more abut reasons and ideas than actual words, and verbal communication may lash out in the form of outspoken beliefs, talking before thinking and being a little too honest. Small things are easily blown out of proportion. Facts are out of whack. Tall tales abound. Yet, this is also when the lens of perception is widened and the mind opens.

Mercury in Sagittarius is the perfect time to consider your beliefs, and the fact you may have different ones than you’ve ever expected. Be truthful, but not rude; take care of your words and explore your imaginative side. You just may learn something new about yourself!

Mercury Transit On Halloween Has Powerful Meaning For Each Zodiac Sign

Aries, if an ex or old friend you haven’t spoken to in five years suddenly texts you, it’s because Mercury in Sagittarius is notorious for bringing unresolved issues to the surface. Be prepared to deal with long-suppressed emotions, as well as some people you thought you’d left in the rearview mirror a long time ago.

“With the messenger planet reversing through your house of love, an ex-flame could reappear on the scene, with tempting promises or a repentant mea culpa,” the Astro Twins revealed on Astro Style. “Remember, Aries: There’s a reason it didn’t work out the first time. You need solid proof that you won’t have to go through the same chaotic drama again.”

Taurus, while the totality of this October energy has you moving forward like a boss, Mercury in Sagittarius is here to remind you to slow your roll. While your normal stance is to make a list and check it twice, and you subscribe to more of a wait-and-see mantra than a fly-by-the-seat-of-your pants motto, once you get going it’s hard for you to put on the breaks.

However, if you ignore the stop signs from this Mercury transit, you might regret it later after you come to your senses. “Attention to home and family matters increases towards the middle of November, and any imbalances between personal and professional pursuits become glaring, demanding that a balance is found,” Cafe Astrology warned. “If you focus on slowing yourself down, this can be a very rewarding month.”

Gemini, if you’ve been having a particularly rough summer season, I have good news. This particular Mercury transit is going to be your new best friend. While everyone else is mired in myriad misunderstandings, for you, everything will finally come into focus. “You can absorb a lot of information so this is a good time for studies and exams,” Partridge revealed on Astrology King.

What’s more, aside from you not getting bogged down in miscommunications with others, people will totally understand where you’re coming from. It’s kind of like you’re wearing a shield of teflon that deflects all of the dark and twisty Halloween energy. “You can express yourself strongly and clearly without upsetting anyone. This is the best time of the month to buy and sell, apply for a new job, and ask for favors.”

Cancer, you’ve had a pretty easy October so for, and all good things must come to an end. For you, the Mercury in Sagittarius transit is going to be an exercise in frustration, which is why being prepared is mandatory. Adopt the motto “hope for the best and prepare for the worst” because this transit will throw up roadblocks for you at every turn.

“Watch for misunderstandings with clients and coworkers, budget snafus, and computer crashes at the job,” the Astro Twins cautioned. “Early in the month, take precautions by backing up your data to the cloud and deleting any questionable emails, especially ones sent on the company server. A promising financial lead could ghost you, or a key meeting could be delayed.” Try to weather the storm the best you can, and hold onto the knowledge that this drama will only last three weeks.

Leo, you can use this energy to your advantage if you pay attention. During this period, others will seek you out for advice and be eager to listen to what you have to say. If anything is weighing heavily on your mind, get it off your chest before Mercury turns retrograde November 16 because after this others might not be as receptive and could become immune to your charms.

“This could feel unbearable if you’re dealing with strong emotions but rein in your Leo appetite for leaping into action.”

Virgo, this Mercury cycle is going to require a lot of self awareness on your part if you don’t want to alienate everyone around you. It’s no secret that you love to be in control, and when Mercury is in Sagittarius, this is next to impossible. Accept the fact that you might be late, electronics will malfunction, and others won’t bend to your will. Take an extra beat before saying or doing something you’ll surely regret later.

“Mercury will be in Sagittarius, potentially creating a minefield of confusion and passive-aggressive behavior. Trying to get a straight answer out of anyone will be an exercise in futility,” the Astro Twins cautioned. “You could also reach a breaking point — probably a necessary one — wherever you’ve made sacrifices that aren’t in your own best interest or tried to control a situation in vain. Enough!”