Home
Astrology
The Most Dangerous Thing About Each Zodiac Sign 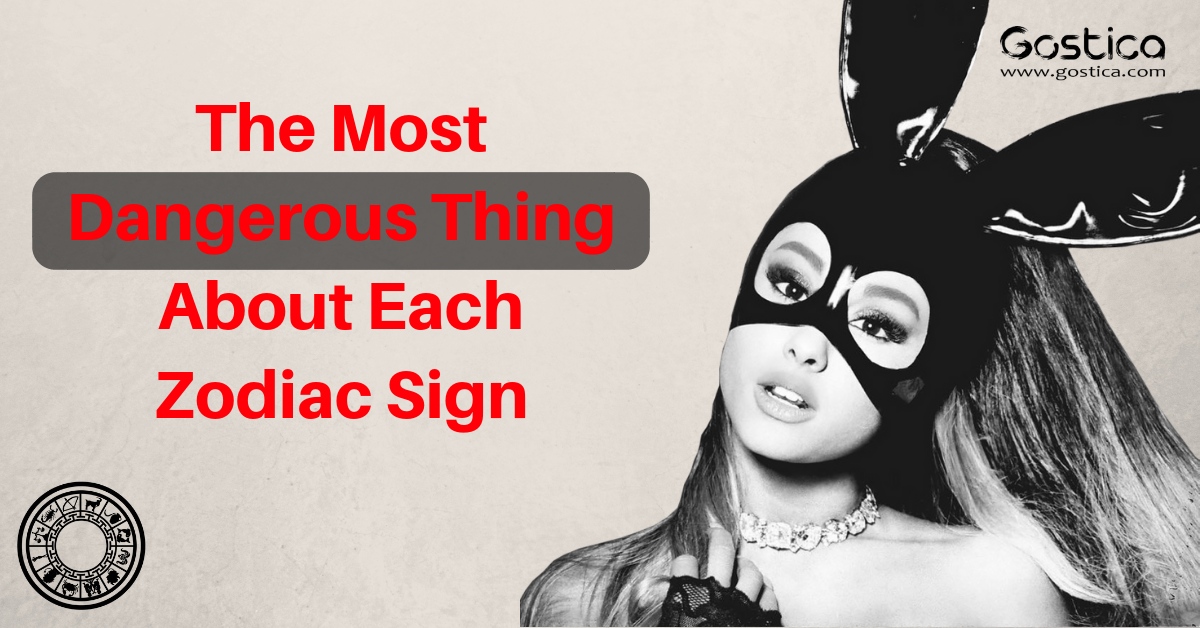 You may present as someone who follows rules and never does anything out of line, but the truth is there are parts of you that are dangerous. And when we look deeper at astrology, the most dangerous thing about each zodiac sign becomes clear.

Every single person has some danger to them — a bad temper, a need for revenge, bullying tendencies, or maybe they have a disregard for the law. And because there are dangerous zodiac signs out there, it’s best to determine when it’s a good time to leave them alone or take a chance of being burned.

Being dangerous isn’t always a negative quality; in fact, some things that are dangerous are needed for survival — a snake’s venom, a tiger’s fangs, or speaking about things that people are afraid to hear.

Not all danger is obvious, especially if that danger is the emotional kind. If you have had your heart broken by the same kind of person over and over again, and you meet someone who has a lot of the same qualities, you know they’re a danger to you. Do you take a chance that this time things will be different, or do you turn around and run the other way?

If your gut tells you that someone is a danger to you, even if it seems impossible, you should believe it. If you decide to ignore the red flags and warning signs, you need to take responsibility for allowing that danger into your life. We are all dangerous, but it’s up to you to decide if it’s a danger you can live with.

The most dangerous thing about Aries is their unexpected emotional outbursts and their impulsiveness. Of all the zodiac signs, Aries are the ones who are most likely to commit a crime of passion.

When they get angry they lash out, and sometimes it’s not just their words that hurt people, it’s their actions. Aries don’t always think before they act and can do a lot of damage before they cool down.

The most dangerous thing about Taurus is their stubbornness. If they make up their minds about something, it’s tough to get them to change it or to compromise, which means they can get into terrible arguments and fights with people.

It may take a while to fully anger a Taurus, but once there, their anger burns red hot. Taurus tend to have a very dominant personality and will do just about anything to get their own way.

The most dangerous thing about Gemini is that they’re unreliable and disorganized. Sure, they’re probably not going to rob you, but they may lose your favorite necklace when they borrow it, or they may blow off a parking ticket until they have a warrant out for their arrest.

It can be dangerous to get into a conversation with one when you’re short on time because it won’t matter how often you check the time on your phone. If Gemini wants to discuss something, they won’t notice that you need to leave.

The most dangerous thing about a Cancer individual is their mood swings. If you hurt them or piss them off and it hits them a certain way, they’ll overreact in a big way.

If they have even the slightest idea that you’ve dissed them or weren’t respectful of their emotions, they’ll cut you out of their life so fast you won’t even know it. Their emotions can overwhelm them and cause them to be unstable and irrational.

The most dangerous thing about Leo is their passive-aggressiveness. They will stay in relationships that aren’t good for them or do things that are on the shady side if they think it will ultimately benefit them.

They seem to be strong and brave most of the time, but there is a side to them that is insecure, needy, and lonely. They need a lot of attention and will manipulate others to get it.