Home
Astrology
The One Thing You Won’t Tolerate In A Relationship, Based On Your Zodiac Sign 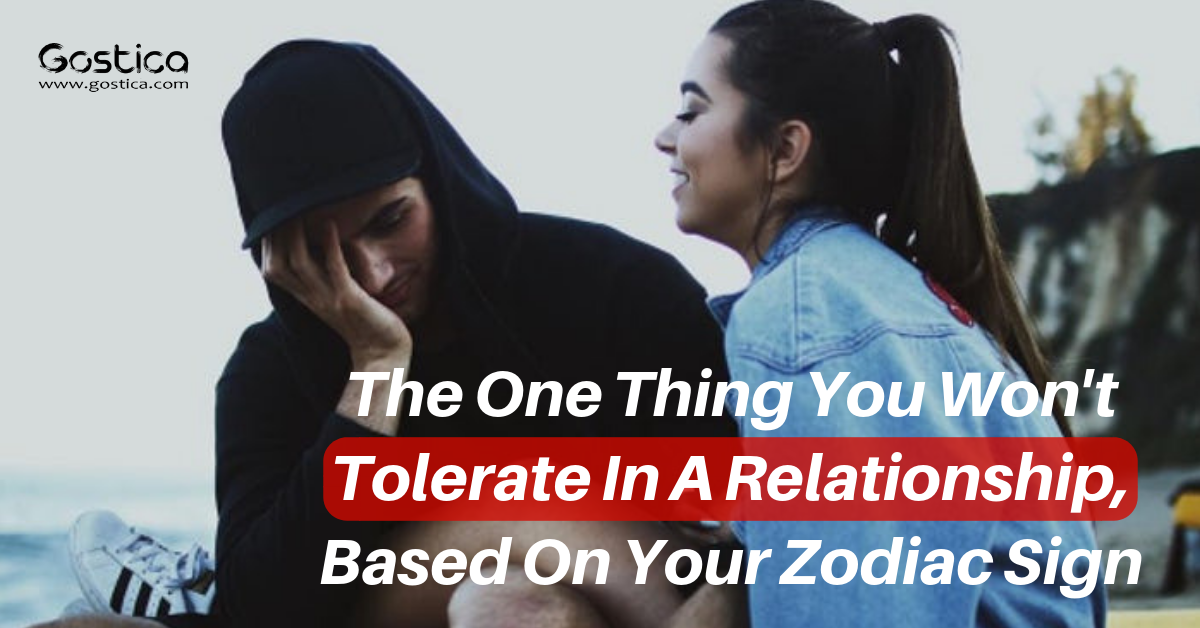 You have your limits.

When it comes to relationships, it’s not all rainbows and sunshine. Problems arise, apologies are made, and you go from there.

However, there are certain things that might just be unforgivable to some, where they’re unable to move forward and put it out of their minds. Plus, this one “dealbreaker” probably varies based on the person. You might hate when people interrupt you, while your partner doesn’t get as bothered. It’s all about the learning process to better understand whom you’re dealing with.

Here’s the one thing that could be a major no-no based on your zodiac sign.

To really piss an Aries off, reject them. “Aries is bold, warrior-like, and obnoxiously proud,” says astrologer Valerie Mesa to POPSUGAR. Rejection is equivalent to their worst nightmare, and they can often be pretty petty about it, too, which doesn’t do much for the relationship.

If you’re dating a Taurus, don’t think about being unfaithful. “Taurus is probably one of, if not the most loyal in the zodiac. This earth sign is dependable and incredibly patient with their partners; hence cheating is unforgivable in their eyes,” says Mesa.

A little white lie and Gemini will see right through you. “If they actually put their guard down to trust someone that ends up lying to them anyways, there’s no turning back,” says Mesa. Honesty will allow Gemini to be vulnerable with you and further the relationship, rather than detach and take steps backward.

Cancer (June 21 to July 22): Being Untrustworthy

Cancer is incredibly emotional, not to mention guarded, says Mesa, so, imagine what happens when someone breaks their trust. “This water sign has an amazing memory and an emotional time clock that takes them to that very moment,” she says. In other words, it’s over for good.

Leo is extremely prideful, so you don’t want to bruise their ego, or else they may never let you in again. “So much so, if someone subtly tries to bring them down or hurt their feelings,” says Mesa, they are going to be incredibly aggravated and may not forgive for a second chance.

Be careful with Virgo’s precious minutes, and if you’re given them, spend them wisely. Don’t make them feel as though their time isn’t worthwhile. “Virgo is efficient, resourceful, and incredibly polite. However, rest assured, their refined persona goes down the drain the moment they realize they’ve been wasting time,” says Mesa.