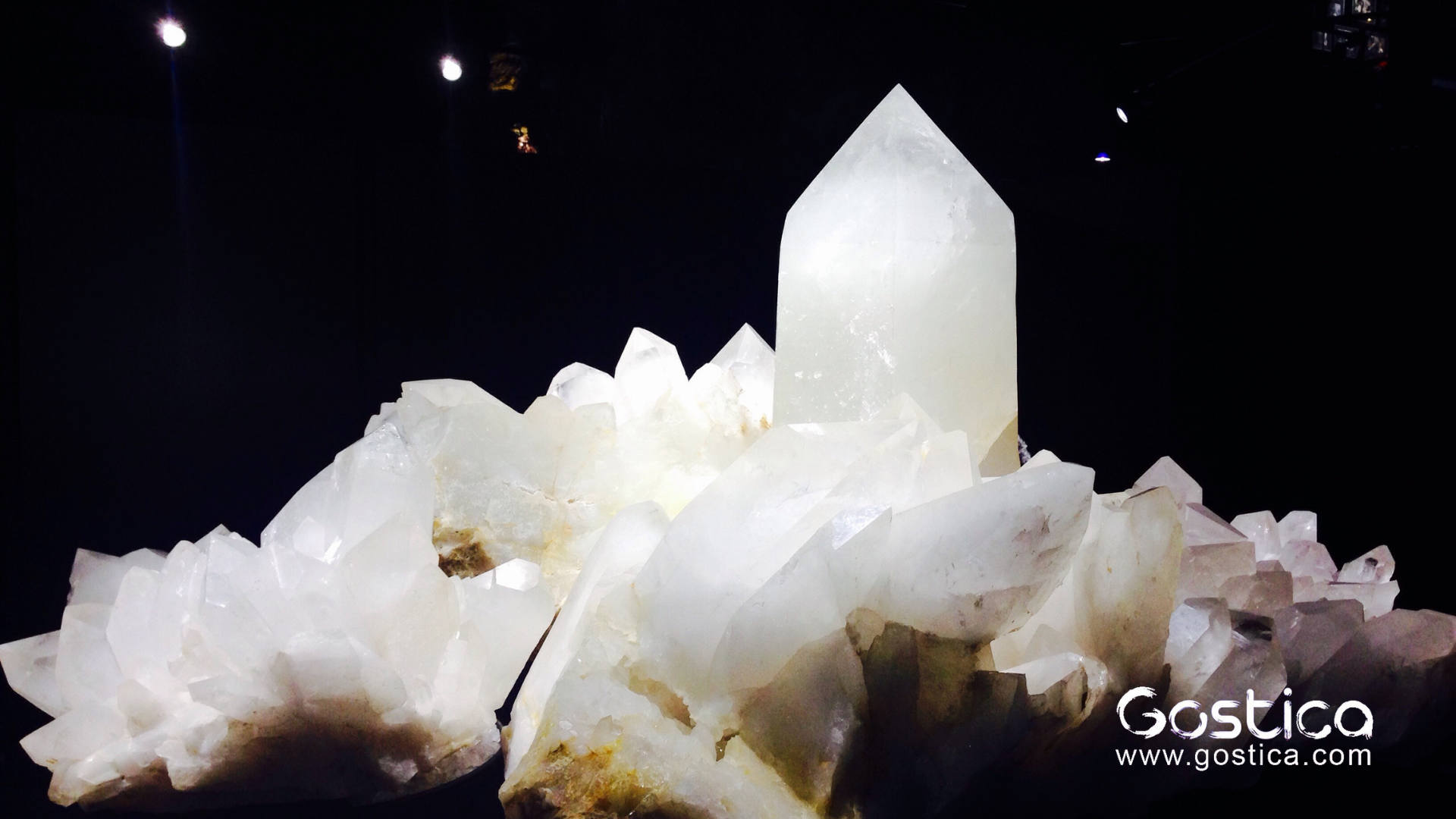 For thousands of years, crystals have been used in spiritual practice, shamanic ritual, and healing processes.

The use of crystals dates all the way back 6,000 years ago to the ancient Sumerians in Mesopotamia. Since then, crystals have been used in one form or another in countless ancient cultures such as in Egypt, China, Rome, Greece, and South America.

The Science Behind Crystals

While the healing properties of crystals have not yet been extensively researched or proven, we do know that crystals possess a unique electrical charge known as piezoelectricity.

Researchers have also been able to demonstrate that synthetic crystals can store data, which could explain why certain crystals have specific qualities or “personalities.”

Metaphysically, crystals vibrate at their own frequencies as everything is composed of energy. When introduced to our own energy fields, crystals create larger vibrational fields and affect our nervous systems through the Law of Resonance. These shifting vibrations can help stimulate a number of mind-body forms of healing.

I often use crystals to enhance my feeling of being grounded, centered, and connected to my Soul. Not only are crystals energetically-rich, but they are also deeply enmeshed with meaning and significance.

Below you’ll find my top 8 crystals that are ideal to use in your inner work practices. These crystals can be:

It’s important to remember that before trying to establish a connection with your Soul, you need to firmly ground yourself. I recommend breathing deeply for a few minutes to relax your body and center your mind. You might even like to use grounding crystals such as black tourmaline or smoky quartz. 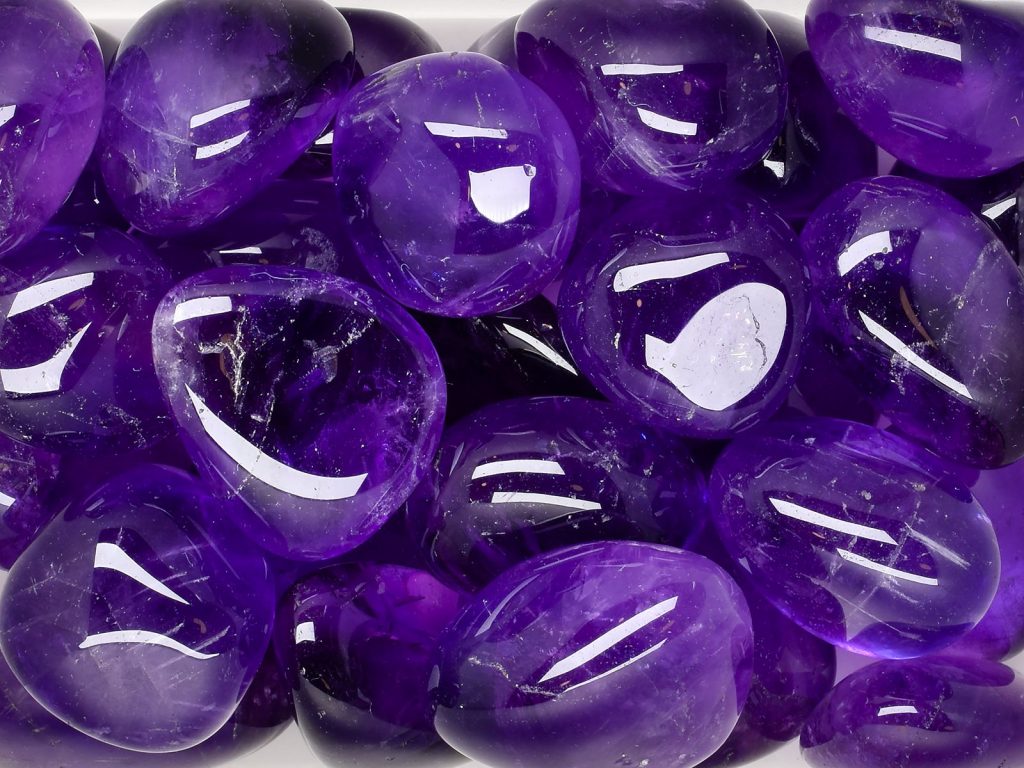 Yes! Amethyst is one of the most popular crystals out there with transcendental properties. Here are the properties of amethyst:

Labradorite is my personal favorite soulwork stone to work with. (In fact, I currently wear a Labradorite ring every day.) Did you know that the Inuit people once claimed that Labradorite fell from the Aurora Borealis due to its mysteriously iridescent nature?

Properties of Labradorite include:

Labradorite can be purchased as tumbled stones. Or you might prefer cabochons and other Labradorite varieties. 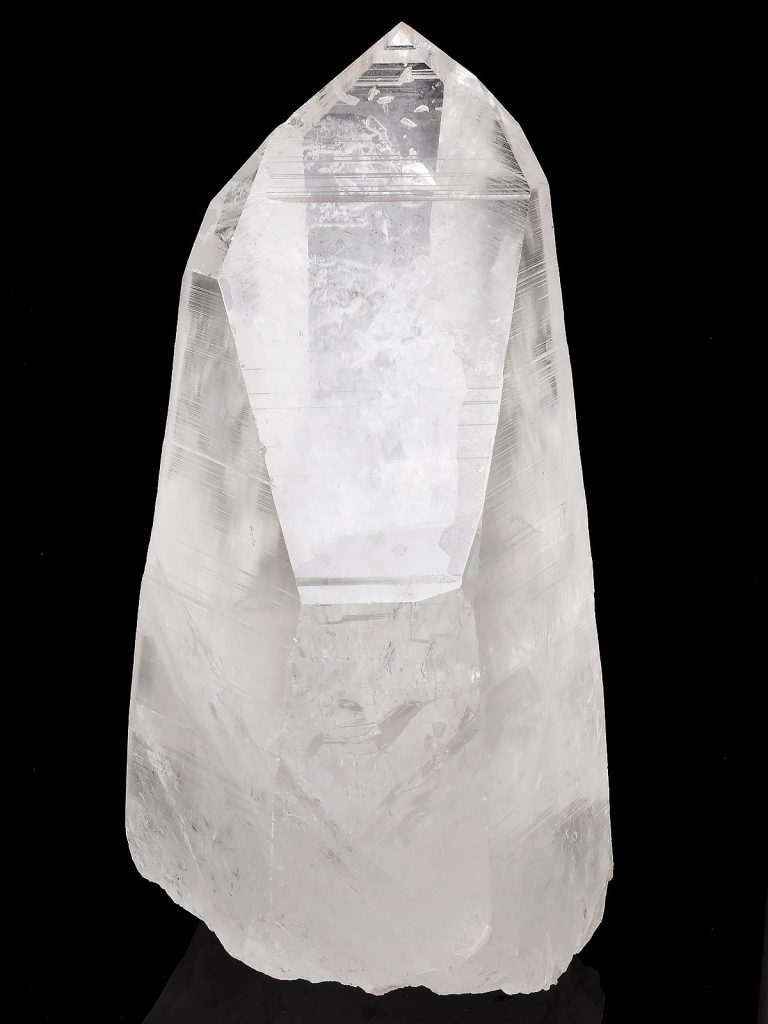 Lemurian Quartz crystals are mostly found in Brazil, but also in other places of the world like Russia. Yet legend says that Lemurian crystals originally came from the lost civilization of Lemuria which was a peaceful and spiritually advanced civilization.

These crystals are said to be programmed with the teachings of love and oneness experienced by the Lemurian people for future generations to discover and benefit from.

Properties of Lemurian Quartz include: 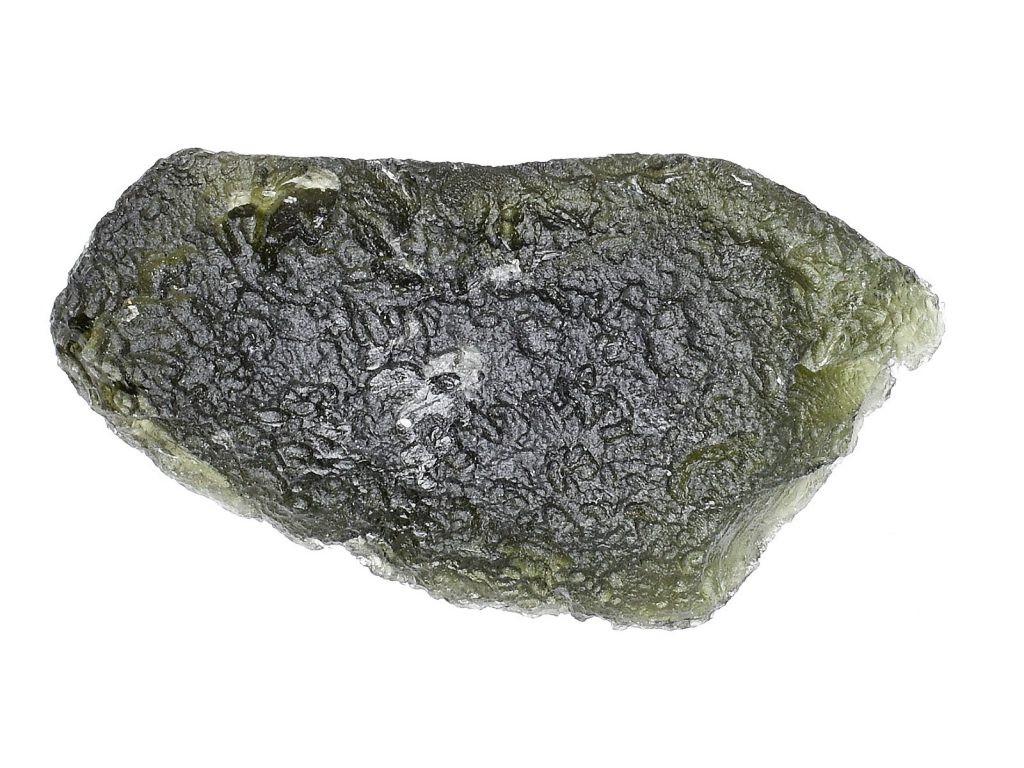 One of the most powerful stones you may ever touch is Moldavite. Found only in the Czech Republic, Moldavite was formed 15 million years ago when a meteorite entered our universe and crashed near a Czechoslovakian river. This amazing stone is the result of such a catastrophic impact, with some believing the stone may even be of extraterrestrial origin.

Properties of Moldavite include:

The moment I held Moldavite in my hand I felt a strong, warm and pulsating sensation (and I later bought a Moldavite pendant and wore it for 2 years). If you’re interested in using this stone, you might like to start off with a small tumbled piece. 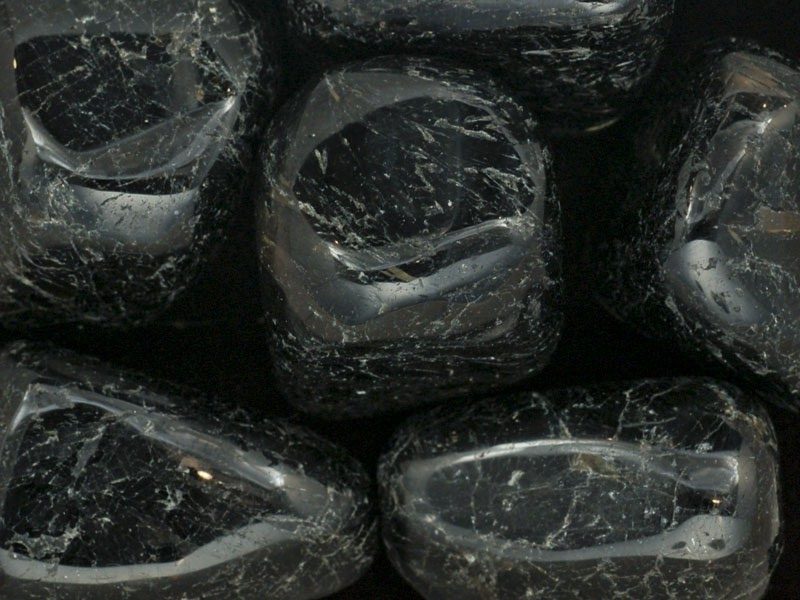 Nuummite is often referred to as the Sorcerer’s or “Magician’s Stone.” Mined only in Greenland, Nuummite was formed from a volcanic eruption around 3.8 billion years ago making it one of the oldest stones on earth.

Properties of Nuummite include:

Along with Moldavite, Nuummite is a rare and sought-after stone as it is so limited in quantity. Many esoteric collectors see Nuummite as a highly valuable and desirable to have.

If you would like to have your own Nuummite stone, you could start off with a tumbled piece. Otherwise, you may prefer to carry it with you as a bracelet. 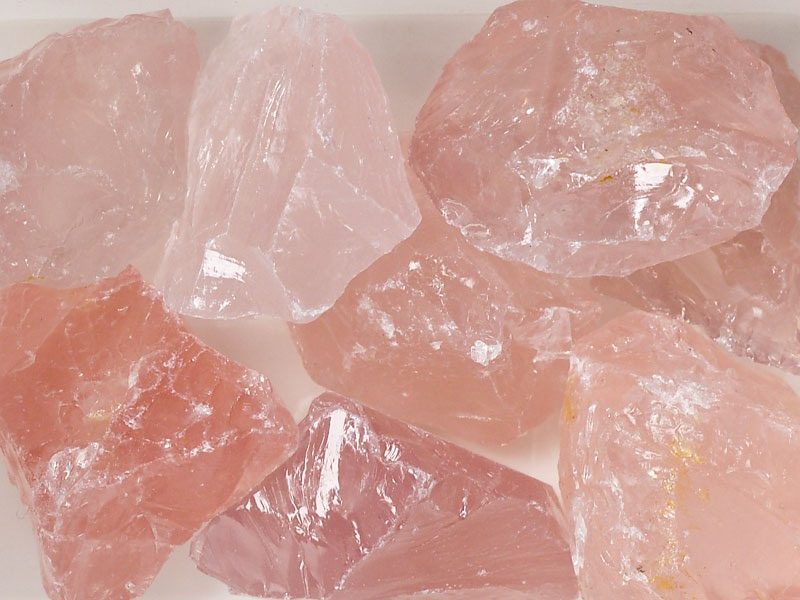 Rose Quartz, known commonly as the Stone of Unconditional Love, is found all throughout the world. Thanks to its ability to open the heart, Rose Quartz is an ideal stone for inner work.

Properties of this gentle stone include:

Rose Quartz, like Lemurian Quartz, is thought of as a “Master Crystal” as it helps to soothe and balance all chakras. 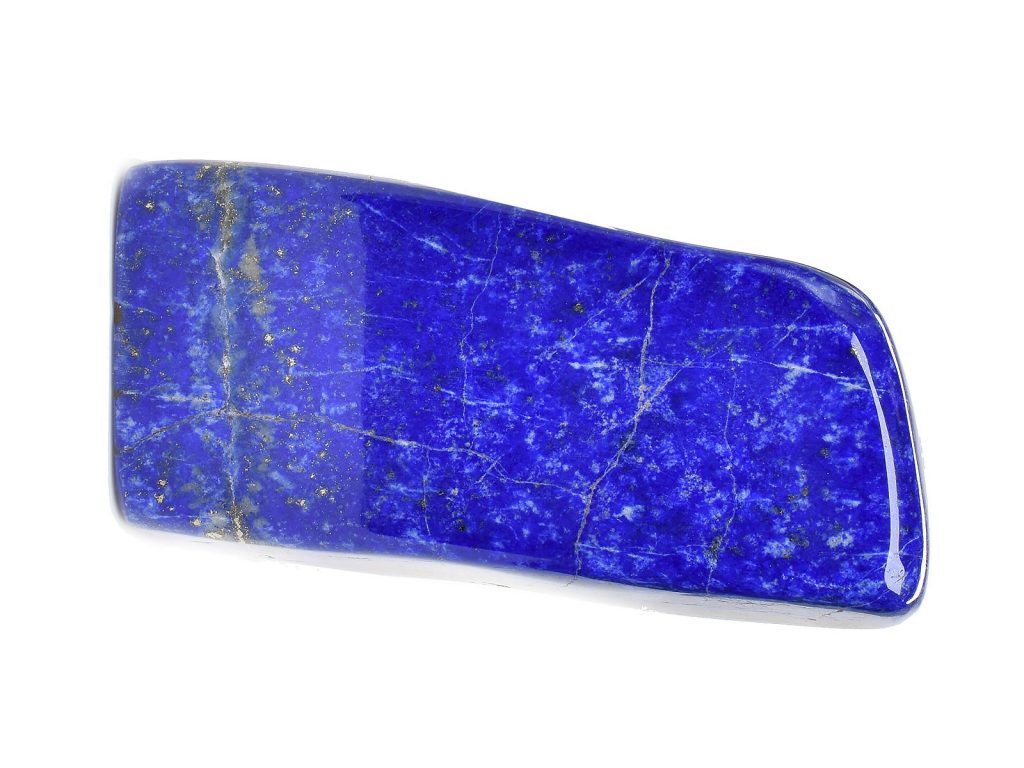 Lapis Lazuli has been used ever since the Neolithic Age. Cleopatra used powdered Lapis Lazuli as her eyeshadow, Tutankhamun had Lapis in his burial mask, and even the bible makes reference to this stone.

Properties of Lapis include:

This vibrant stone can be bought as a tumbled stone or in other forms such as spheres and pillows. 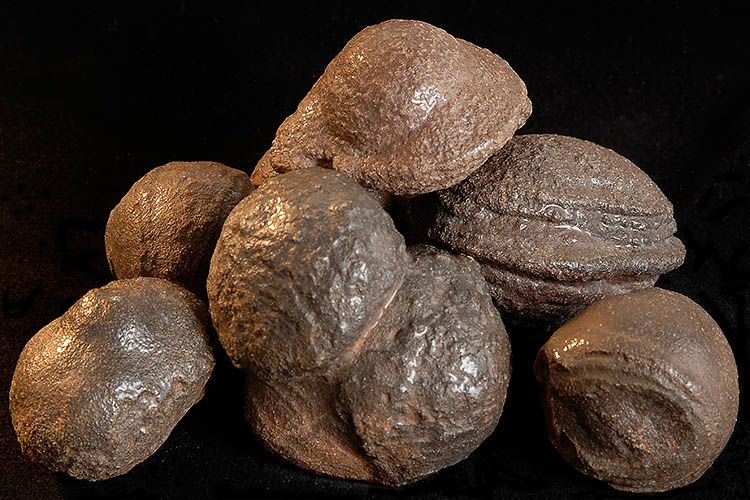 Moqui Marbles or Boji Stones, are commonly known as “Shaman Stones.” Although this stone appears to be quite boring looking, it is actually quite a powerful stone. Moqui marbles come in three varieties: male, female and androgynous.

The word “Moqui” comes from the Hopi word that means “dear departed ones.” It was thought that spirits of the dead would play with these “marbles” at night and leave them in the morning to send messages to those that were living. Moqui Marbles are harvested in the southwestern part of the US.

Properties of Moqui Stones include:

Moqui Marbles formed millions of years ago, and although not pretty, are energy-rich totems.

I hope these crystals and stones help you to open new doorways to inner growth and self-realization. Other crystals you could explore include Larimar, Danburite, and Lepidolite.

This was written by Aletheia Luna for LonerWolf.

Aletheia Luna is an influential psychospiritual writer whose work has changed the lives of thousands of people worldwide. After escaping the religious sect she was raised in, Luna experienced a profound existential crisis that led to her spiritual awakening.

As a spiritual counselor, diviner, and author, Luna’s mission is to help others become conscious of their entrapment and find joy, empowerment, and liberation in any circumstance.