Home
CRYSTAL SCIENCE
The Magical Power of Gemstones. How They Affect Our Body?

From the beginning of our cultural history, humankind was conquered by the mysterious beauty of twinkling crystals. There have always been suspicions that they possess mysterious power and a special gift of God.

It is no accident that in the beginning of the story of Creation, when Heaven was described, gems are mentioned and that the Book of Revelation ends with a picture of the future of Jerusalem, the walls of which are built of precious stones.

Many legends are connected with precious stones.

According to Arabians, stars and sky were gems that served as decoration and lighting, especially on moonless nights. Muslims believe in the existence of seven heavens, four of which were made of precious minerals – emeralds, pearls, rubies, and jacinth.

How exactly the gemstones affect our body? 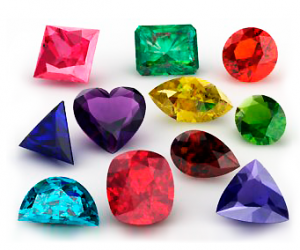 On this issue, there are many conflicts and opinions, but none of these opinions can not completely deny their impact.

A living organism/human and crystal/gem are self-organizing systems, among them there are many similarities: the most important of them is that they react to external influences.

The organisms take energy from outside and transform it. The crystals also convert thermal energy into electrical/tourmaline light – incoherent radiation – the source of laser/ruby.

The crystals continuously interact with the environment and send information. And, is there information exchange between crystals and man? Yes! This is evidenced by the phenomenon of bilocation.

Over 90% of people have bilocation abilities. So the information flow of human and rock interact with each other, especially if “biorhythms” of one and the other are aligned.

The precious stones are the finest and purest concentrate of minerals, crystals are formed at very high temperatures and high pressure.

Therefore, it is considered that the only energy which is based on the crystal structure is able to take another energy form, with a certain frequencies and then to broadcast them again.

If you need help to find out which is the best crystal for you, refer to this simple guide: A Simple Guide to Selecting and Using the Perfect Crystal For You

In esoteric therapy with gems is added and the importance of their color. It is perceived as a frequency of light that directly affects the endocrine and biochemical processes in the body.

The colors of the stones, which are also the result of chemical processes, impact on the chemical exchanges in the human body and from there on the emotional states. 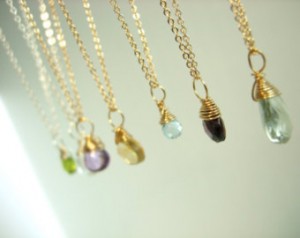 The gemstones are seen as carriers of electromagnetic energy, which directly influences the processes in the body.

Esoteric alternative medicine claims that the gemstones interact with the energy field of the body through continued contact with the skin.

They emit electrochemical and “PRANA” energy which actually is the life force of the universe.

To achieve this result is irrelevant whether the crystal is worn as jewelry, amulet, whether is smeared as an ointment or is absorbed as an extract.

The effect of gemstones is amplified, when between the stone and the holder there is a particular connection. For example, when the gemstones are a zodiac stone or a religious talisman.

Check also this carefully build list of 10 powerful crystals you should have: 10 Powerful Crystals That Will Make You Healthier And Happier