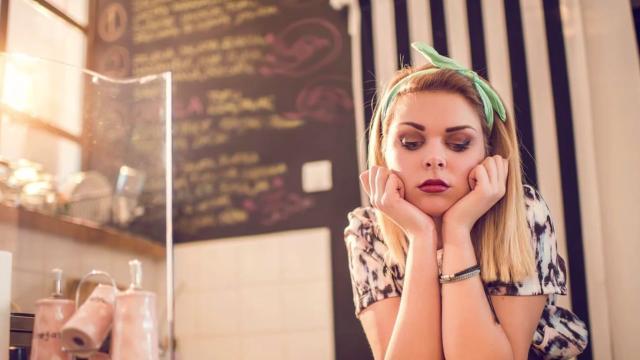 Have you ever thought what distinguishes happy people from always unhappy ones? And which are the behaviors that make a difference?

Here are the 10 most typical. It is not a small thing considering that it can fully influence the most important things in our lives. To help you distinguish the happy from the unhappy, or to see which of these features belong to you, here’s the list of some of the behaviors that should be avoided to increase the quality of our lives.

Going to interpret the famous scholars of philosophy thoughts, we can conclude that as described by them, the world is divided into two broad categories:

Those who think that we are the architects of our own happiness.

Those who think that little can be done against destiny.

According to the psychologists however, the issue is much deeper and relates to measures that bring us whether or not, to a particular emotional state. The actions are things that may be a consequence and a cause of unhappiness at the same time.

Let’s see what are the behaviors that worsen the emotional state and what unhappy people do:

1. Complain all the time.

Complaining is a typical behavior of someone who is chronically linked to unhappiness. This is one of the first signals that allows you to recognize it. Moments of dissatisfaction happen to anyone. What is a strong signal that should be perceived as a major obstacle are the continuous complaints.

According to a scientific study, whining turns off neurons, and 30 minutes of complaining, would be enough to act as a switch for your hippocampus, the brain area predisposed to problem solving.

2. They care obsessively about the opinions of others.

Unhappy people care about the opinion of others for the sole purpose of seeking pleasure, with an exhausting attempt to please everyone, which is impossible, which leads precisely to unhappiness.

3. They have no confidence in individuals.

The disappointment is the result of any form of interpersonal relationship and happens to everyone, exposed to social, family contexts, working environments etc. The unhappy people though, as a result of delusions, embrace an attitude essentially based on the suspicion, turning  on self-defense mode, which obviously reduces the quality of their relationships, and the emotional state of suspicion

4. They want to control everything.

The control in the relationships is the most stressful thing that can be there, not only for the controlled, but above all to the controller. The state of perpetual unhappiness brings occurs simply because it is impossible to have control over everything and everyone.

Recommended: 10 Significant Ways To Clear Your Mind Of Negative Thoughts

The failure on total control, will lead the controller to a state of misery.

Unhappy people tend to criticize others, because they have not essential goals to engage in and to make them dream.

Goals are one of the engines of life because they create expectation and the expectation is always linked to a dream. The people who certainly hate dreams can be classified between the negative category.

They tend to have the same attitude towards other people’s goals, and you’ll most probably hear them say “How do you even do it?” “It’s too complicated for you.” The success of others is the biggest highlight of their own failure.

7. Everything that happens is a difficulty.

One doesn’t have to be a psychologist to understand that our state of happiness or misery depends on how we deal with and accept change. For unhappy people change is synonymous with difficulties.

Often the difficulties can bring something good. It is not always true, but this is the best attitude to address them.

Recommended: How to Never Let Negative People Affect You And Your Energy

Who hasn’t ever experienced the feeling of fear? Fear is inherent  in human emotions, but the difference lies in the way in which it tackles.

10. They do not assume responsibility for their own unhappiness

Unhappy people tend to always blame others for their failures, because, more seriously, they fail to identify the causes of their unhappiness, therefore, are not open to receive help from the others.

What can be done?

Do not ever argue with an unhappy person, discussing with them does nothing but give them gasoline for their state of mood and bask in their problems. You do not know but unconsciously can also become yours.  You can also do some personal Psychic reading with Kasamba’s advisors, this will help you to decide and avoid this kinds of people.

If you feel identified by all of the above, write them on a piece of paper and reread whenever you think you’re going towards the direction of wrong behavior. A useful exercise is to begin to experience the opposite behavior on current everyday situations, from now on.