Home
LOVE VITAMINS
7 Experiences All Empaths Are Familiar With 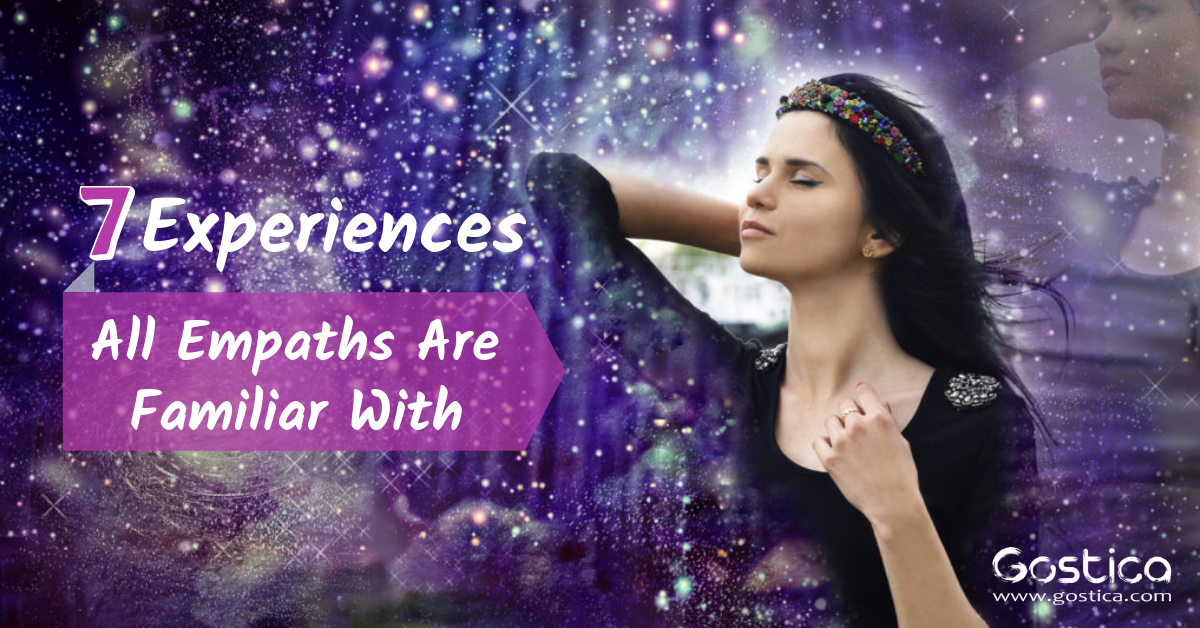 Empaths have become quite the popular topic here lately, yet most people don’t realize what it truly means to be one. They are more tuned in to the way the people around them feel and are able to see things on a level that most cannot.

Empaths are some of the most amazing healers of the world. That being said, they go through a lot of struggles and problems on a day to day basis. Things that most people would not think twice about really hit empaths hard.

Below I am going to go over some of the things empaths tend to experience. While they are familiar with these kinds of things, most other people will struggle to really touch base on them. How many of these things do you deal with living as an empath?

7 Experiences All Empaths Are Familiar With:

Empaths are always seeking nature. They spend a lot of time in nature because it is the best way for them to recharge. The more in tune they are the better.

2. Making Other people’s Issues Their Own

Empaths tend to make everything worse than it is. They take on the emotions others are feeling and really drench themselves in them. They don’t know how to let go of the pain that people they care for are feeling.

Empaths usually push themselves to the point where they are exhausted. They are almost always overdoing it and really don’t know how to stop. This kind of thing should not be happening but they are often unaware of it in general.

Empaths tend to be a bit overly sensitive. They don’t know what is a joke and what is serious. A lot of things that wouldn’t bother other people really send them over the edge.

5. Having To Work Up The Courage To Say ‘No’

Empaths often do not know how to say ‘no.’ They tend to say yes to things that they shouldn’t say yes to and take on much more than they should. They struggle with saying ‘no’ and it is something all empaths need to work on.

Empaths need alone time and when they don’t get it they become quite overwhelmed. If you are someone that becomes frustrated in general more than you feel you should this is something you need to consider. Perhaps a bit of alone time could do you well.

Empaths have very high levels of intuition. Their intuition is not a whisper or a smaller feeling, it is overwhelming and cannot be ignored. Empaths just know things that others don’t and following them in most cases is a good idea.