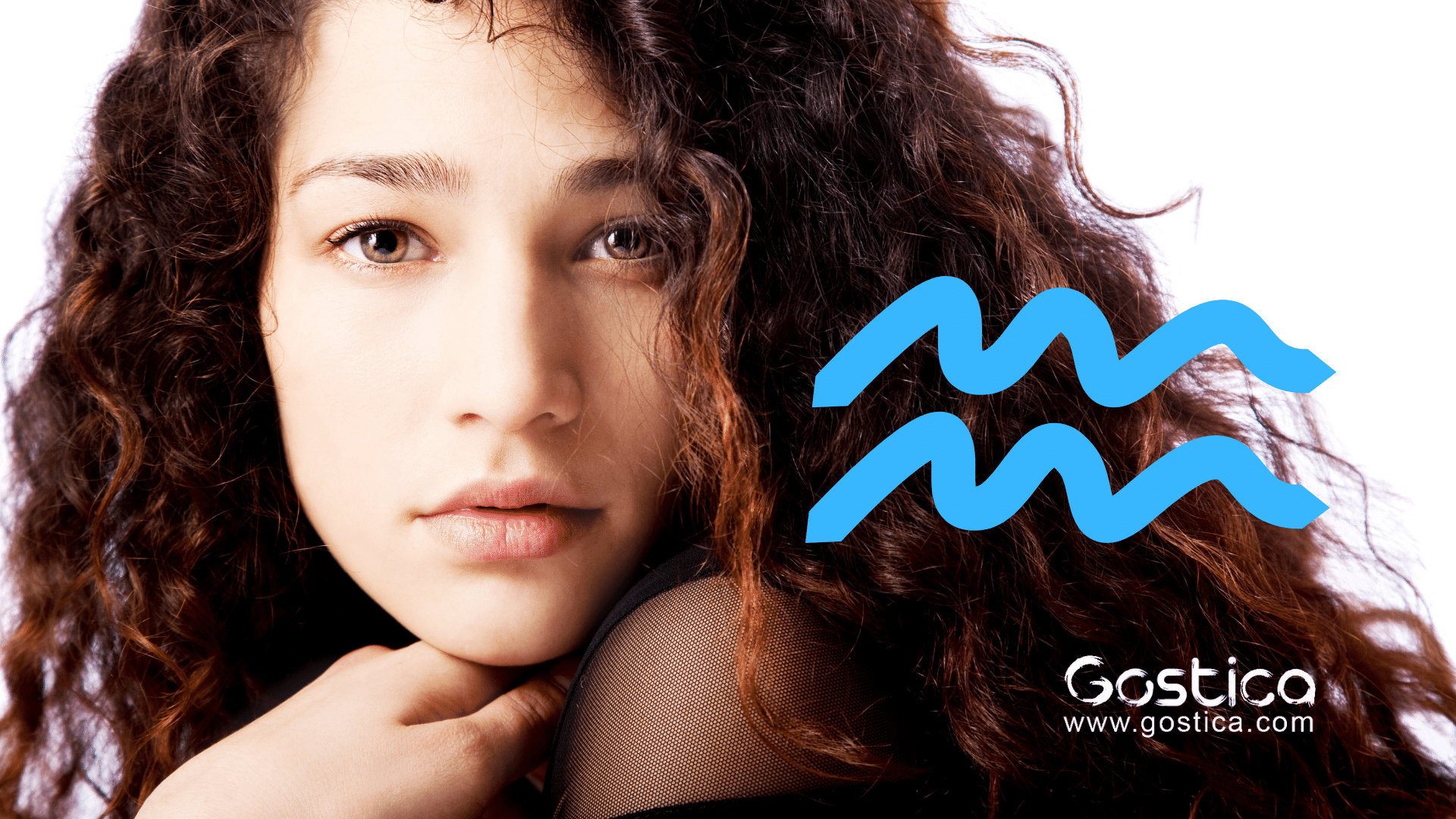 The good, the bad, the Aquarius.

Looking for a woman who is truly “out of this world”? Congratulations, you’ve found her in the Aquarius woman!

As the most unconventional member among the zodiac signs, Aquarius is known for literally outstanding personality traits and characteristics, such as being unique, unapologetically quirky, incredibly charming, highly intelligent, and a bit of a revolutionary.

A deep thinker who is constantly re-inventing herself, the Aquarius woman broadens the lives of those around her with an endless stream of new ideas to explore and experiences to try. She is truly interesting and if you’ve managed to win her closely guarded heart, she’ll keep you happily captivated and forever on your toes.

Generous, bravely honest and witty as hell, she’s a woman you’ll both adore and deeply admire.

But as alluring and fascinating as she is, the Aquarius woman is the most paradoxical female in all of astrology.

Learning to navigate her eccentric ways is not for the faint of heart. But for a warm-hearted, confident man who loves a challenge, the Aquarius woman is the ultimate dream girl.

Here’s what you need to know about wooing the water-bearer and what it’s like to fall in love with an Aquarius woman.

Hands-down the biggest smarty at the zodiac party, the Aquarius female is known for her superior intellect. But what distinguishes an Aquarius mind is its unparalleled depth.

She not only “thinks” about things, she researches them … thoroughly, from every conceivable angle (and she’s as giddy as a happy school girl while doing so).

It’s not enough for her to know about a topic on a surface level (Jeopardy facts alone do not impress her), the Aquarius woman is hungry to understand the deeper, interconnecting ‘how’ and ‘why’ of every subject that peaks her interest.

As such, making love to her mind isn’t an option, it’s a requisite! An Aquarius woman needs a man who can keep up with her intellectually.

The back-and-forth exchange of well-thought out ideas is incredibly arousing to her. She will light up beautifully and sparkle with excitement if you touch her mind the right way.

But if the conversation fails to genuinely stimulate her, she’ll get bored and move on to someone else quickly.

She gets stuck in her head (a lot)

The downside of that keen mind of hers is that the Aquarius woman is often disconnected from herself physically. Being told that she over-thinks things or thinks too much hurts her feelings deeply — she can’t help it — so she’ll refuse you access to her body until you put her mind at ease.

Because transitioning from her brain to her body is not easy for an Aquarius woman, sensuality is something often missing from her life.

Help her in that pursuit by pointing out physical experiences her brain might overshadow — like that amazing breeze touching her skin or the nuances of the delicious meal you just served her.

As a fixed air sign, the Aquarius woman is often perceived as being cold, disconnected or emotionally closed-off. She’s not.

She’s just trapped in her mind much of the time (where she feels most comfortable and powerful) and she’ll almost always need some coaxing out. The man who finds this side of her worth the effort will be supremely rewarded because …

The Aquarius woman is incredibly curious, open-minded and known to embrace the unconventional. This makes her particularly fun and adventurous in the bedroom (or the backseat, or outside somewhere, or … well, you get the point). She’s usually game for trying just about anything (as long as she always feels like it’s her choice).

Connecting her thoughts to the sex act is vitally important however (otherwise her mind quickly wanders off). Keep her brain and body turned on at the same time by telling her exactly what you want to do to her next as you make love. Also, a strong, firm touch captures her attention far more than a soft, lulling one.

Aquarian women are extremely practical and pride themselves on being original and genuine. As such, they appreciate sincerity over showy-displays of affection.

Go ahead and skip Valentine’s Day<, she couldn’t care less — it’s a cliche holiday anyway. Forget her birthday, however, and she’ll quickly forget you.

Aquarian women love when you court them because they want (read: need) to feel uniquely special. If you post flowery professions of your love for her on Facebook, she’ll resent it (as it seems like you’re trying to put the spotlight on you — “Oh wow! What a great boyfriend he is!” — versus saying anything sincere to her).

She definitely wants romance, but the practical side of her needs it be grounded and real. Likewise, count on gestures and gifts from her to reflect her appreciation of who you uniquely are.

Generic gifts and predictable displays of affection are so not her thing.

Aquarians have an acute sense of fairness and a deep respect for others right to self-express. She’ll rarely champion her own opinion as being “right” before giving equal weight to your point of view, too.

As such, she has zero patience for unpleasantness and she’s uncomfortable with confrontation. In her practical and fair mind, both are unnecessary (and un-civilized).

Annoyed about something? Simply raise the subject rationally and she’ll hear you out and do all she can to please you (as long as doing so doesn’t compromise her sense of personal integrity).

But try to dominate her, raise your voice at her, or call her a disrespectful name ever — you’ll be gone.

Mean, gossipy, and petty natures are abhorrent to Aquarians. As are selfish minds concerned only about themselves. Treat your Aquarian in a way she finds “unfair” and you’ll lose her trust and respect forever.

Uranus as one of the two ruling planets of this Zodiac (the other being Saturn) creates a fiercely independent nature in your Aquarius woman. She needs to be true to herself like the rest of us need oxygen to breathe.

In both relationships and in careers, the second she feels unappreciated, stifled or controlled, she wants out.

Yes, she knows she’s quirky. And she knows that she needs an uncommon amount of personal space. But nothing scares her more than having her freedom and autonomy taken away. So if you want her to lean in more, back off!

Ask little of an Aquarius woman and she’ll happily give you everything. But demand anything from her and she’ll give nothing and then quickly fly away.

“Evolve or die” is a phrase that makes perfect sense to the progressive Aquarian woman. Expanding her mind, improving the world, and growing as a person are all part of an ongoing, never-ending process for her.

And she’ll likely expect the same from you.

While she’ll never tell you how you should change, she does expect you to steadily evolve as an individual. Settle into your ways or, worse, into your way of thinking, and she’ll lose interest.

That said, all of this changing makes her inconsistent. She pours all of her energy and enthusiasm into one relationship or business idea only to stumble upon a new idea that sends her down a whole new path.

Trying to keep up with her is often frustrating. And if you need her to remain the same woman you met 10 years ago — forget about it. Not a chance.

Kind, witty, clever, rebellious (often just for the sake of being so) — life spent loving an Aquarius woman is never boring. She craves a strong, self-assured man who can keep up with her beautiful mind and stand up for his ideals, while also having the heart and passion to help her open up emotionally and sexually.

If that man is you, prepare to have a whole new world of love revealed to you.

This was originally published by YourTango.

Cris Gladly is a writer, speaker, and connection strategist with a passion for positive human relationships. She writes about travel and community, as well as love, relationships, social change, and parenting.