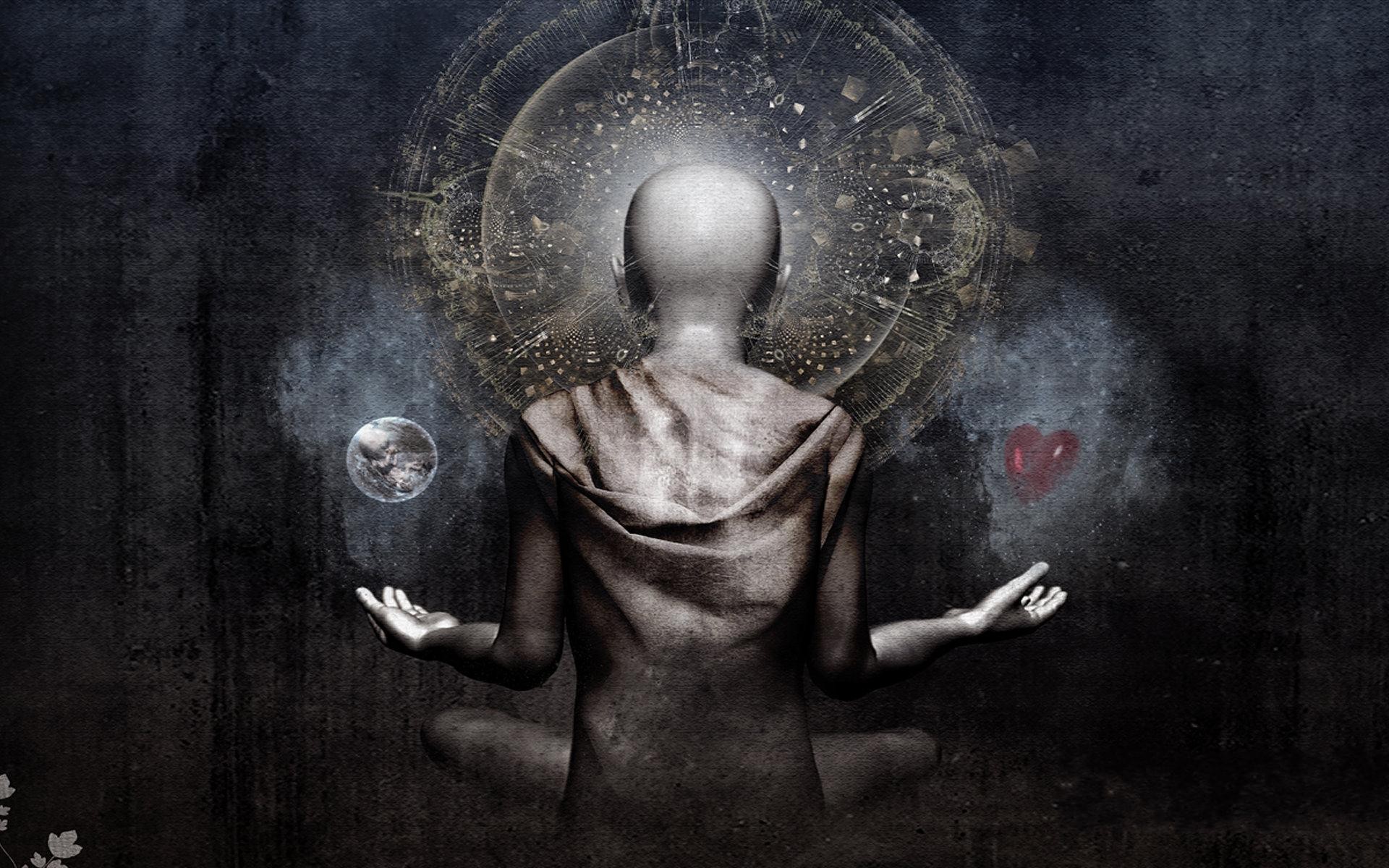 Empaths are typically known as the healers of the world.

They’re the people whose senses are heightened–the ones that not only see the different energies of the world but actually feel them, experience them.

Those who are not empaths might think that this ability to feel what others feel is a gift, but if you can convince an empath to talk about their gift, they might tell you that it’s not always sunshine and rainbows. In fact, it’s quite often not a very fun gift to possess at all.

Because of their gift, so many people rely on them for support. Empaths are almost always trusted because they make people feel safe. And while the empath is capable of handling the emotions of others, they also experience quite a bit of stress because of it.

The dark side of being an empath comes in the form of having two conflicting voices constantly roaring at each other inside of their heads. Constantly feeling both the good and the bad, the negative and the positive, to the point that they feel overwhelmed.

Empaths are more susceptible to the negative energies in life. Their intense ability to feel can’t get away from the deep-rooted evils that exist in the world. Their deep understanding of how the world exists and operates is enough to confuse and sadden them. What they can’t understand is why this type of energy exists in the first place, if all it does is hurt others.

The dark side of being an empath is constantly being exhausted and fatigued from the energies you absorb. But, you’d never know it. Because the empath never dares break down or lose composure. They quietly observe, acknowledge and feel.

As many others do, empaths want to be loved and accepted for who they are. But, it is their generosity and kindness that often sees them being taken advantage of by those who only take, never give. Empaths are ‘givers’ by all means, ready to show kindness to those in need at all times.

Recommended: Six Empathic Gifts: How to Cope with Being an Empath

The dark side of being an empath is not knowing that being so selfless places an incredibly heavy burden on one’s self. Even the empaths that do recognize the burdensome nature of their selflessness often choose to ignore it, because carrying that weight is more meaningful than letting it fall on someone else’s shoulders.

The dark side of being an empath is knowing that you willingly neglect both your body and mind for the sake of others. A neglect that builds over the years, eventually resulting in the need to go soul-searching once again, a practice that we only take up when we feel completely lost.

The dark side of being an empath is knowing that even when they fall in love, they never do so entirely. They simply aren’t capable of giving every ounce of their heart to someone else. They know that if they tried, the intensity of the passion would most likely be too much to handle, for themselves and their partners.

Which is why they always keep a little part of them hidden away from the rest of the world. They keep a guard up out of necessity, even if they want nothing more than to let it down and succumb to an overwhelming love.

Recommended: 11 Grounding Techniques For Empaths to Avoid Apathy and Depression

The dark side of being an empath is the war that is always being waged within. The war they wage against the sadness, the darkness, and the sorrowful side of themselves that is always trying to rear its ugly head and lead them into self-destruction.

The only way they can fight this successfully is by learning to distinguish between emotions that are their own, and emotional energies that are imposters, invading from the outside. Empaths need people who understand who they are, people they can talk to and who will listen.

Empaths need to be able to let down the wall they’ve built up around their feelings so that they can let their empathic selves do good in their own life.

Otherwise, empaths are destined to fight a war within themselves that never ends.