Home
PARAPSYCHOLOGY
Does Your Dog Really Know When You’re Coming Home? This is What Science Says! 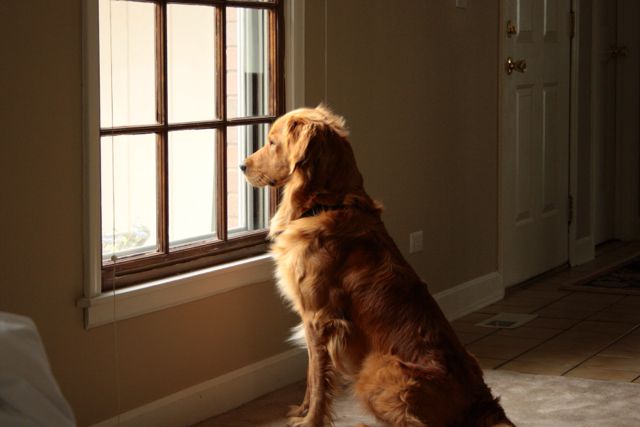 Have you ever noticed your pet is waiting for you at the door when you get home? If so, you’re not alone!

This behavior was so commonplace, that Dr. Rupert Sheldrake, a well-known biologist, and author, decided to study it, summarizing it in his book, Dogs That Know When Their Owner is Coming Home and Other Unexplained Powers of Animals.

Read Also: Why Having a Dog or Cat Has a Deep Spiritual Meaning

If you have a pet, you may have noticed that they seem to know when you are about to arrive at home. To test the theory that pets and humans share consciousness via telepathy, Sheldrake designed an experiment to exclude some of the common explanations for this phenomena.

For example, how did we know that the pet wasn’t reacting to a set time or routine arrival of its owner? Or perhaps others in the home tipped off the pet that it was nearly time for someone to return. Could the pet smell or hear the absent owner from a distance when they were approaching the home? Or, finally, could the pet simply return to the same spot randomly throughout the day and just appear to be waiting at the time the owner arrived?

Controlling for all of these factors, Sheldrake and his co-author Pamela Smart had some very interesting results! Jaytee, a dog belonging to co-author Smart, of Ramsbottom, Greater Manchester (UK), was the subject of the study.

Statistically, this is significant, which is to say that Jaytee’s behavior of spending time at the window definitely changed once his owner began her trip home.

So how do animals “know” when their owners are on their way home? It seems that the data suggest a telepathic connection between pet and owner.

It wasn’t until Smart knew she was headed home that Jaytee began to spend more time at the window. All other factors had been eliminated in the study design, including creating random times to begin the trip home that even Smart did not know in advance.

According to Sheldrake and Smart, Jaytee seemed to respond to his owner’s intention of coming home. And, although Jaytee didn’t always wait at the window for his owner to arrive, he did so enough to suggest that the behavior was significantly higher than would be expected randomly.

This study was the first to investigate animal-human telepathy, although parapsychologists have been studying human-human telepathy for many years. The idea that (non-human) animals may telepathically communicate with each other is also intriguing.

It makes you wonder what they’re thinking (and telepathically telling each other), doesn’t it?

Recommended: 10 Animals As Omens When They Cross Your Path