Home
PARAPSYCHOLOGY
How to Strengthen our Supernatural Perceptions

All people have what we call psychic abilities, but in most of the people these abilities are too weak to be detected and to have some benefits. However, there are devices that can effectively expand our psychic abilities. We call them “psychological leverage“, similar to the physical levers that increase physical strength. 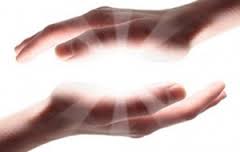 Most psychological levers are ancient and some of them are new. All are related to the subconscious, where are the psychic abilities. Most people can not demonstrate their abilities beacause of mental interventions that block the mental abilities before they reach the conscious level of the brain. Psychological levers directly influence the subconscious and form a signal that reaches the conscious state of mind, without transforming it.
Persons who claim that they have no, or only weak psychic abilities may increase them by psychological levers so that they can experience some of extrasensory perception. Those who have well-developed abilities will be able to further enhance and improve their accuracy several times.
Most psychological levers work thanks to what is called Ideo-Motor Response (IMR) – unconscious body reaction caused by mental experience. These are small changes in the tension of the muscles, which are carried out in micro movements caused by subliminal stimuli. Other psychological levers have sensory feedback and can have a very dramatic effect. It includes crystal ball, generator noise and others.

Most notable psychological levers are “random fields”. With them, almost everyone can actually see clear images directly from the subconscious. They are very easy to build and their effect is quite strong.
These devices work on the same principle as the “crystal ball” or “black mirror” that psychics use. This principle is called “Retnal” feedback. In normal vision, eyes focused image on the retina, which transmits data on the optic nerve to the visual cortex. The subconscious images is transmitted by other means in the optic nerves of the retina. This always happens but the effect is so weak that it is easily overlooked at the expense of normal visual function. These images can be seen, but on condition that one looks at the surface that is enough “empty” and impersonal, to reduce the effects of normal vision. 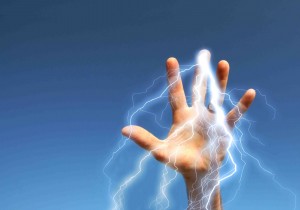 Historically some oracles used the sounds produced by the pendulum or the rustling of leaves, to communicate with the spirits. Others listen to the sound of sacred waterfalls. It seems they used “White Noise”. White noise is actually random field generated by many frequencies.
Theory and practice of white noise can allow us to hear the voices of our subconscious and even spirits or other telepathic beings, because the subconscious is connected directly to the psychic centers.

You can find the best way that will work for you, for your Supernatural perceptions- the result should come very easy.