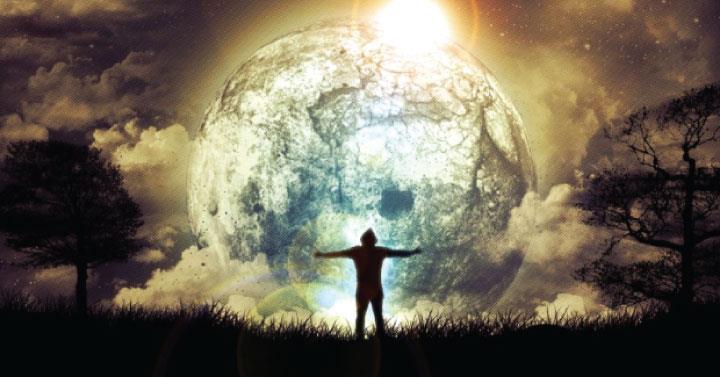 What are the steps one can take on the path toward enlightenment?

The first thing to remember, here at the outset, is that enlightenment is not a destination but a direction.

It is not a truth but a process. It is both imaginary and real. It is not an either-or, but a both-and. It is only achievable when it is understood that it is an unachievable thing. Once we can let go of the need to achieve it, then we free ourselves to allow the process to unfold, and we become the achieving.

It is the constantly expanding horizon of human flourishing. But it can hurt like hell.

The following four steps are just the tip of a much deeper iceberg of trials and tribulations, fraught with menacing thresholds and sinister Rubicons. Thin-skinned, faint-of-heart, status-quo-junkies addicted to comfort, need not apply. And if you decide to apply, leave your invulnerability behind. It’s an illusion anyway.

“Make no mistake about it – enlightenment is a destructive process. It has nothing to do with becoming better or being happier. Enlightenment is the crumbling away of untruth. It’s seeing through the facade of pretense. It’s the complete eradication of everything we imagined to be true.”

Here then are four of the scariest, but secretly wonderful steps one can take on the path toward enlightenment:

“There’s a whole category of people who miss out by not allowing themselves to be weird enough.”

Vulnerability is downright scary. But in order to gain the ability to learn from our mistakes, to have fun with our inherent hypocrisy, and to have a good sense of humor in regards to our fallibility as an imperfect species, we must first have the capacity to be vulnerable, which requires brutal self-honesty and ruthless self-interrogation.

Brutal self-honesty and ruthless self-interrogation forces us to face our own demons. It pushes us to confront our most personal foibles, fallibilities, and unhealthy propensities and to question all authorities, especially our own. It forces our head over the abyss of the human condition, searing our soul with the unavoidable blazing flame of truth: impermanence.

It slaps us across the face with its absolute mockery of our happiness ever being a thing that can be permanent. It insouciantly rattles off the almighty cosmic joke, making damn certain we realize we’re the butt-end of that joke.

Recommended: Don’t Ignore These 4 Signs Of A Transcendental Enlightenment

Which is why a particularly effective strategy at achieving a state of vulnerability and self-honesty is to use our sense of humor. When we laugh at ourselves we loosen ourselves up. The screws of our seriousness get unscrewed by the genius of our humorous sincerity. We suddenly go from being the butt-end of the joke, to laughing at the joke, thus turning the tables on the jokes power over us, and thus on power itself.

When we can laugh at ourselves we are allowing ourselves to be “weird,” to tackle the dilemma of the self from another angle, to impose a state of existential vulnerability that transforms the soul into a prism where the light of truth can shine through and take the form of the rainbow of self-honesty.

And Pain is the terribly-beautiful, shiny-red, thorny and jagged little pill that we learn to swallow, again and again, with a devil-may-care, spiritually masochistic smile on our all-too-human faces. Bottoms up!

“The less people know, the more stubbornly they know it.”

Without the painful red pill of truth, we’re stuck with the all-too-comfortable blue pill of deception. The blue pill gets stuck in our throat, causing no end of blockages, suppression, oppression, and depressions.

The blue pill is a beacon of deception, lodged in our throat chakra, jamming all frequencies and preventing us from speaking our truth and from being impeccable with our word. The blue pill is a magnet for lies. And lies are sexy, scandalous scoundrels. They float around in a foggy smoke, seducing us with false kindness, kissing us just the right way, and lulling us into brain-washable complacency and a heightened state of malleability.

Under the blue pill’s seduction, we are pawns wallowing in self-incurred immaturity. Taking the red pill dislodges the blue pill, thus clearing the passage and opening all frequencies to the truth.

But seeker of enlightenment beware, the teacher who longs to jam even the red pill down your throat. The choice must be yours, and yours alone. A good teacher will guide you to the red pill, but he/she should never force it down your throat. Like Adyashanti said, “My speaking is meant to shake you awake, not to tell you how to dream better.” You have to want to dream better first.

“The function of the imagination is not to make strange things settled, so much as to make settled things strange.” –G. K. Chesterton

Swallowing the red pill is a frightening prospect. It shatters worldviews and dissolves certainty. It replaces answers with questions. It upends all apple carts: psychological, physical, and spiritual. It reconditions preconditioning. It cleanses the doors of perception.

It shatters the glassy essence of cognitive dissonance; the shards of which splinter off and sting like mad in the fleshy heart of truth. It leaves your soul naked, vulnerable, and blank-slated in the angry eye of an apocalyptic existential-hurricane of uncertainty. It reveals that you were always God in hiding. And the heavy burden of that prospect alone can be a soul-crushing responsibility. But like Seneca said, “A gem cannot be polished without friction, nor a man perfected without trials.”

“Enlightenment is man’s emergence from self-incurred immaturity. Immaturity is the inability to use one’s own understanding without the guidance of another.”