Home
SPIRITUAL GROWTH
Andromedan Starseed: Could You Be One? 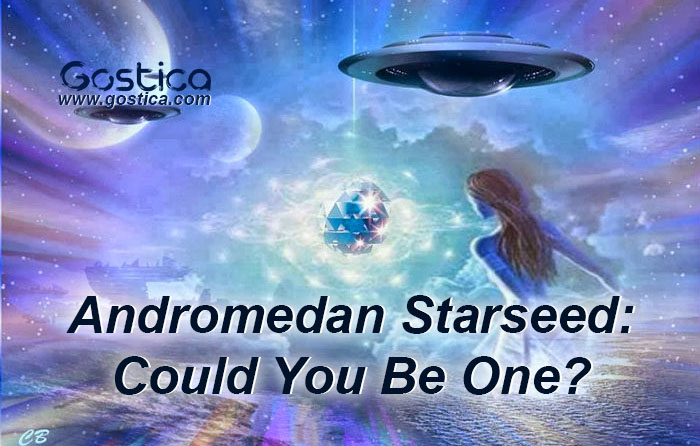 Andromedan Starseed belongs to the Andromeda Galaxy which is near our home planet and the milky way.

They are located in the constellation of Andromeda which is only 2.5 million light-years away. From the information given to us, they are 12th-dimensional beings, but on earth, they are 3rd dimensional. Andromedans are not a single species but have different forms depending on their dimension.

There are around 800,000 humans present in the world today who are of Andromedan origin. They live understated lives and don’t want to gain much attention from others.

They mostly play a supportive role on Earth. It’s not because they are not powerful enough to play the leading role, they feel their powers are too strong and are afraid to use it.

Andromedans love their freedom. They don’t compromise on that and will do anything to maintain it. Traveling is another love of Andromedans.

They love to travel by foot, air, boat or bike. Many of them select the nomadic lifestyle. They travel and move around a lot. Traveling is the mode of seeking spirituality for them. They also want freedom of speech for expressing themselves.

You cannot expect an Andromedan Starseed to be faithful to you. They like to live freely and don’t want to commit. Obligations and commitments feel like a burden to them.

In fact, they are never on time for meetings or any other commitments. They are mostly late wherever they go. Because of these things, they are considered very unreliable.

No one could manipulate an Andromedan. They don’t like drama and protect their emotions.

If you want to make them feel guilty which never works, as they can tell you are trying to manipulate them. They could easily judge an unfair treatment and act accordingly.

Don’t Want to be Controlled:

Andromedan Starseed wants to live freely as we have stated earlier, but this also makes them the runners. Even when living with their parents, they don’t want to be controlled.

Recommended: 20 Signs You Are A Powerful Starseed In A World You Don’t Belong

They show the same behavior in offices and schools. For them, it is hard to follow the controllable rules of the society.

Andromedans play their role in the social evolution because they don’t understand how human society works.

It makes them ask many questions; for instance, they don’t understand why humans pay to live on their planet! The lack of privacy that we are facing today. They want to maintain their autonomy.

You may find Andromedans mostly working for firms who are empowering the people and giving them their lives back.

Andromedans are mostly artists, teachers, freelancers, and spiritualists. They want to teach humanity what it feels like to be free. They don’t appreciate racism, imperialism, and classism.

Overall, Andromedan Starseed is different from other Starseed found on earth. They have their unique style and carefree way of living.

You can easily spot one around because they are not very hard to find.

Did you find this article about Andromedan Starseed helpful? Let us know in the comments.