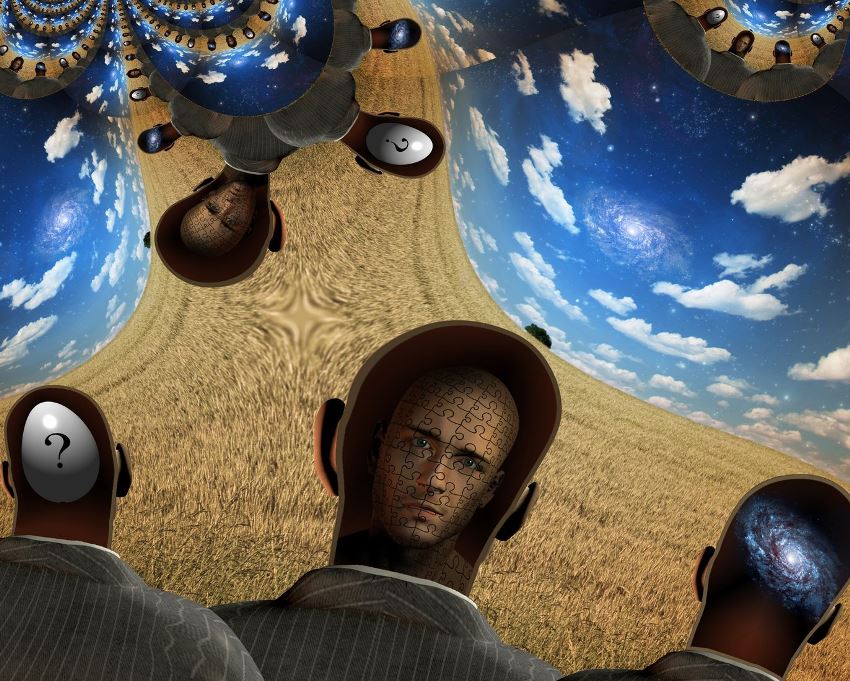 Some movies are made to touch our heart and soul with an overabundance of sentiment. They make us come in touch with our humanity and empathy.

And some films are made to touch our mind, to get our mental cogs working, to awaken and expand our consciousness. They are films that deal with questions that we are all too eager and too afraid to ponder. It is those films that signal our awakening, and that push us into seeing life and our existence differently.

What is a dream, and what is reality? Can we actually distinguish between the two? And what does a dream mean? These are only a few sample questions of the wide range that Linklater’s film provides. The protagonist wanders through moments, dialogues, unnamed characters-in some important scenes, he’s not even present. In another, we see a couple from another movie verse (Ethan Hawke and Julie Delpy from the popular romantic movie franchise “Before Sunrise/Sunset/Midnight“), with no explanation. It is a trippy movie. Moving from the ethereal to the real, questioning the validity of each aspect of existence, and ending up straight into an existential crisis, this movie will fill your mind with philosophical questions, the biggest one being: Is my life real?

“Samsara” is a little documentary film made in 2011, by the same people who had collaborated on two similar in terms of style and theme films in the last decades, “Baraka” and “Chronos”. The movie’s title is the Sanskrit word for the loop of continuous life. Literally meaning “continuous flow”, the word has been used to describe the cycle of birth, death, and rebirth, themes and terms shown within the film. The visuals are beautiful, and the musical score compliments them just right. The little blocks of visual narrative are linked together in an intricate flow, and the message is one of a global consciousness and interconnectedness.

3. Uncle Boonmee Who Can Recall His Past Lives, by Apichatpong Weerasethakul

“Uncle Boonmee” came out in 2010 and was the first Thai film to win the Palme d’Or. The titular character, Uncle Boonmee, is dying; during the course of his last living days, he goes ona journey to explore his past lives, together with his loved ones, whether in spirit or in physical form.

The film was actually the last part of a loosely linked film trilogy, titled “Primitive”, and was mostly focused on a particular area of Thailand. However, while the other two films of “Primitive” as a project focused more on the collective memory of the area in a more political and historical manner, “Uncle Boonmee” is more like “a personal diary”, according to the director.

It deals with matters of memory, transformation, reincarnation, and the nature of things facing death. A very interesting film for those not put off by the “artsyness” of it. However, it is not only a study on dying and previous lives, but also Weerasethakul’s tribute to the art of cinema.

4. Under the Skin, by Jonathan Glazer

A very recent film, released just a few months ago, with Scarlett Johanson in one of her best, if not her best, performances in her entire career. The plot goes like this: Scarlett is an alien, whose name we never find out. She assumes human form and starts seducing men, leading them to her “harvesting place”, as one could call it. To say any more about the plot would completely ruin your experience. “Under the Skin” will leave you stunned, wide-eyed, trying to comprehend and interpret what you have seen. While the previous movies on this list deal with matters of life, death, and reincarnation, this one deals with consciousness as a human, personal experience.

The first lines in the film are our alien protagonist making sounds, learning how to speak, much like a baby. She develops a consciousness, she experiences growth and humanity, and comes face to face  with the experience of being human. Just watch the film. It hasn’t been called the new “2001: A Space Odyssey” for nothing.

5. Enter the Void, by Gaspar Noe

Otherwise known as “acid on film“. This movie feels like one continuous trip, and with good reason. Noe’s use of bold, colorful neon lights, and first-person perspective can really mess up our perception (I mean, the camera blacks out momentarily when the protagonists blinks. Can’t get any more first-person than that).

Not only that, but after a while, the story goes even trippier; our protagonist dies, and we see his out-of-body journey through his eyes, as he travels through time and space, the tempo of the film getting faster and faster, climaxing (no pun intended) in a pretty disturbing sex scene. The end, however, is yet another plot twist, leaving us stupefied. Was this afterlife, or just a fleshing out of the theory that when we die, our mind’s perception of time makes us relive our life in a desperate effort to survive, looping round and round? Food for thought.

6. Anything by Andrei Tarkovsky

Literally, anything. “Solyaris”, “Stalker” and “The Mirror” are a very good start, and let’s not forget “Nostalghia“. Soviet cinema has always been special, but Tarkovsky is the pinnacle of thought-provoking and reflective film-making. Childhood, dreams, memory, the metaphysical and dream-like are trademarks of his films, and not one Tarkovsky film will make you feel the same after you see it.

There is a lot of symbolism in his works, and Tarkovsky’s goal was to create  a form of cinema that “sculpted time”, altering our perception and showing us just how relative everything is to that perception. He may not be the easiest filmmaker to get into, but once you try him, you’ll keep coming back, mesmerized, your mind baffled and at the same time enamored.