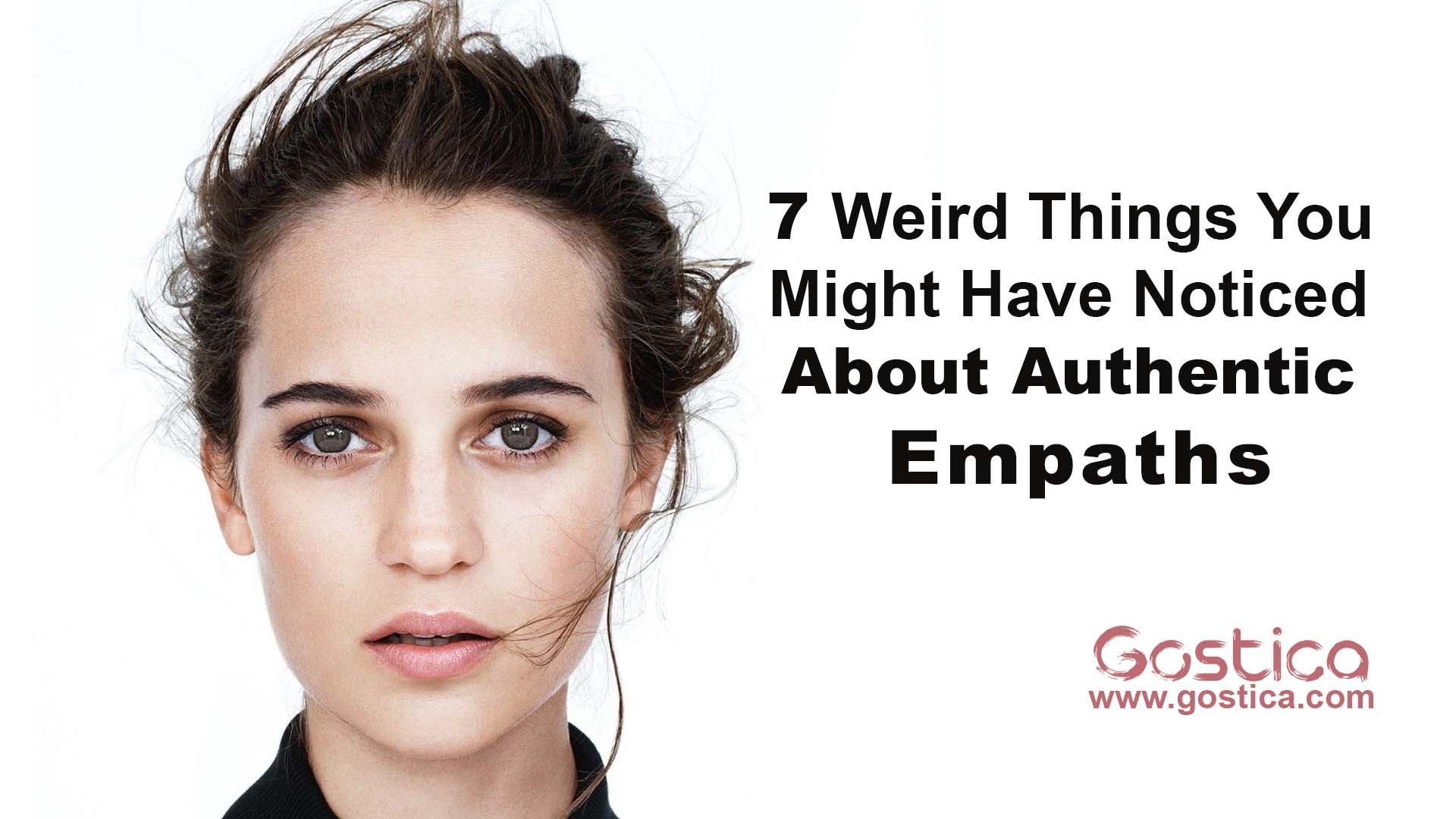 The truth about authentic empaths is stranger than fiction.

Although they sound like characters out of a supernatural novella, empaths are normal people just like you and me. However, they have a few extra “quirks” which you may have noticed.

1. Empaths Take On Your Energy

It’s not something they do on purpose, but empaths tend to take on the energy of those who are around them.

If they see you crying, they are instantly going to start the water-works as well. This even goes for watching something emotional transpire on the television; empaths are emotional conduits.

Everyone has some form of intuition, or gut reaction, as most people refer to it. The difference with authentic empaths is that their intuition comes at an extreme level.

It is actually a very unique skill that has been perfected and honed, which the general public doesn’t seem to possess.

Empaths can know what you are feeling, what your intentions might be, and can understand what you are thinking as if they were an extension of your personal being.

3. They Can’t Be Around People For Long

Empaths find it difficult to be around people for too long because their energy is easily drained. They give so much of themselves to others, that they end up feeling tired and exhausted.

It is easy for them to want to help others, but in doing so usually, leave little to no energy for themselves. Sometimes this can lead to feeling angry, frustrated, or irritated and not knowing why.

Empaths will need to learn how to pull back sometimes and save some power for themselves. There’s nothing wrong with putting yourself first now and again.

Unfortunately, not everyone wants to be healed, and some people actually prefer to live in a toxic cesspool of chaos.

We call them narcissists, sociopaths, psychopaths, but the bottom line is they are manipulative personalities and they are drawn to empaths.

It might sound strange, but not to an empath. They get confused with introverts but the similarities between an empath and those who prefer to stay in solitude pretty much end there.

Recommended: Being An Empath Is Directly Connected With These 10 Unexpected Side Effects

Empaths enjoy the company of others, but not crowds. Loud noises and the conflicting energies of so many people can be overwhelming to an empath.

6. Empaths Must Live Near Nature

The hustle and bustle of city life can drain them until they feel utterly hopeless. They know they can’t save the world, but living around too many people will force them to feel like they must.

So they choose to live in smaller areas, closer to nature for when they need to recharge and rekindle their inner flame.

7. Empaths Are The Best Lie Detectors

Don’t try to lie to them because they know better. Even before you open your mouth, they can see what’s coming.

Empaths have such an incredibly strong sense of intuition, they feel your lies when you say them, not just hear them. It’s not worth risking a friendship or relationship with these kind-hearted souls. Just stay honest, they are extremely understanding individuals.

Recommended: 4 Things Every Empath Experiences Daily That Others Don’t Realize

These are only a few of the incredible traits of authentic empaths, but the bottom line is that they are very sensitive souls, who carry the weight of the world on their shoulders.