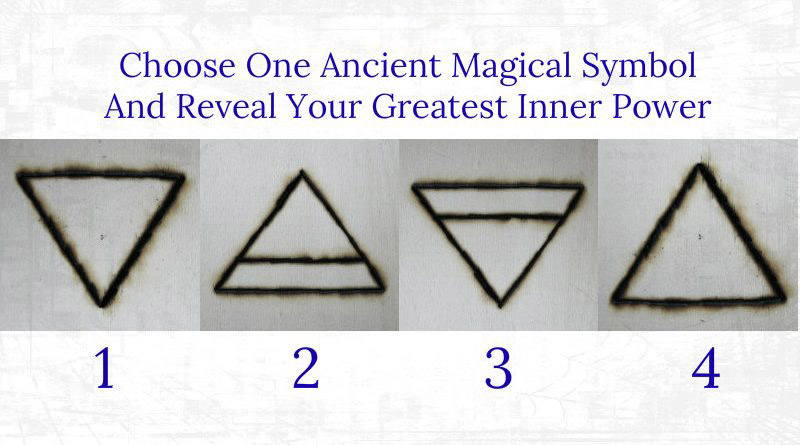 In modern Paganism, many traditions use symbols as part of a ritual, or in magic. Some symbols are used to represent elements, others to represent ideas.

These ancient symbols have a powerful meaning behind them, and each one holds a specific energy. Which one do you feel most drawn towards?

When you choose one of these ancient symbols, go with your first choice. Your instincts will draw you towards whichever one resonates with your soul. Trust yourself and reveal your message of inner power below.

Which Ancient Magical Symbol Will You Choose? 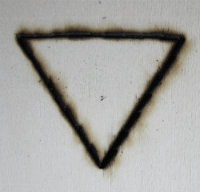 If you selected this image, then your inner power is “flow.” You have a knack for knowing when to let things go, and when to hold on for a turbulent ride. Others admire this trait about you.

Recommended: Choose A Magic Symbol To Find Out What Your Soul Really Needs

Water is connected to the West and is typically related to healing and purification. After all, holy water is used in nearly every spiritual path!

Typically, holy water is regular water that has had salt added to it — an additional symbol of purification — and then a blessing is said over it to consecrate it. In many Wiccan covens, such water is used to consecrate the circle and all the tools within it.

Many cultures feature water spirits as part of their folklore and mythology. To the Greeks, a water spirit is known as a naiad often presided over a spring or stream.

The Romans had a similar entity found in the Camenae. Among a number of the ethnic groups of Cameroon, the water spirits called jengu serve as protective deities, which is not uncommon among other African diasporic faiths: Legends and Folklore of Water.

At the time of the full moon, use water scrying to aid you with divination. In Elements of Witchcraft, author Ellen Dugan suggests doing a focused meditation to communicate with water spirits such as undies.

Use water in rituals involving love and other fluid emotions — if you have access to a river or stream, you can incorporate this into your magical workings. Allow a current to carry away anything negative that you wish to be rid of. 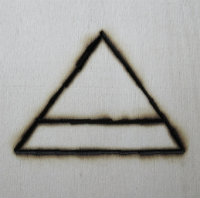 If you selected this image, then your inner power is “intuition.” Air is associated with communication, wisdom or the power of the mind.

Air is one of the four classical elements- the element of the East, connected to the soul and the breath of life. Air is associated with the colors yellow and white.

Air is associated with communication, wisdom or the power of the mind. Do an outdoors working on a windy day, and allow the powers of air to aid you.

Visualize air currents carrying away your troubles, blowing away strife, and carrying positive thoughts to those who are far away. Embrace the wind, and let its energy fill you and help you achieve your goals.

In many magical traditions, air is associated with various spirits and elemental beings. Entities known as sylphs are typically connected with the air and the wind – these winged creatures are often related to powers of wisdom and intuition. 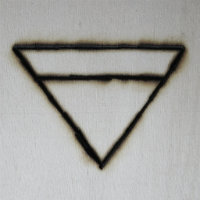 If you selected this image, then your inner power is “growth.” Earth is a symbol of fertility and abundance.

In the four classical elements, the earth is considered the ultimate symbol of the divine feminine.

In the spring, at the time of new growth and life, the earth quickens and grows full with the beginnings of each year’s crop. The image of Earth as Mother is no coincidence — for millennia, people have seen the earth as a source of life.

Recommended: Are You On The Right Path In Life? Take The Numerology Quiz Below and Find Out.

The planet itself is a ball of life, and as the Wheel of the Year turns, we can watch all the aspects of life take place in the Earth: birth, life, death, and finally rebirth.

The Earth is nurturing and stable, solid and firm, full of endurance and strength. In color correspondences, both green and brown connect to the Earth, for fairly obvious reasons.

There are a number of deities associated with the element of Earth as well, including Gaia, who often embodies the planet itself, and Geb, the Egyptian god of the land.

Earth element is related to material wealth, prosperity, and fertility. This is a symbol to use when connecting with the comforts of home, the blessings of the hearth, and the stability of family life. 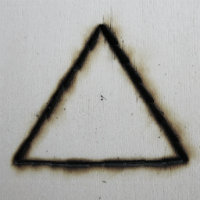 If you selected this image, then your inner power is “truth.” Fire is both a destroyer and creating force.

In the symbolism of the four classical elements, fire is a purifying, masculine energy, associated with the South, and connected to strong will and energy. Fire destroys, and yet it also can create new life.

The triangle, with its pyramid shape, is often symbolic of the masculine aspect of the Divine. In 1887, Lydia Bell wrote in The Path that, “…the triangle is our symbol of truth.

As a symbol for the whole of truth, it holds the key to all science, to all wisdom, and its study leads with certain steps to and through that door wherein the mystery of life ceases to be a problem and becomes revelation…

Recommended: Which Archangel Is Guiding And Assisting You

If you’re looking at a working related to some sort of inner change and growth, consider doing some color-oriented candle magic. If you have access to any sort of flame — a candle, bonfire, etc. — you can use fire scrying for divination purposes.

A fire has been important to mankind since the beginning of time. Fire is typically seen as a bit of a magical paradox because, in addition to its role as destroyer, it can also create and regenerate.