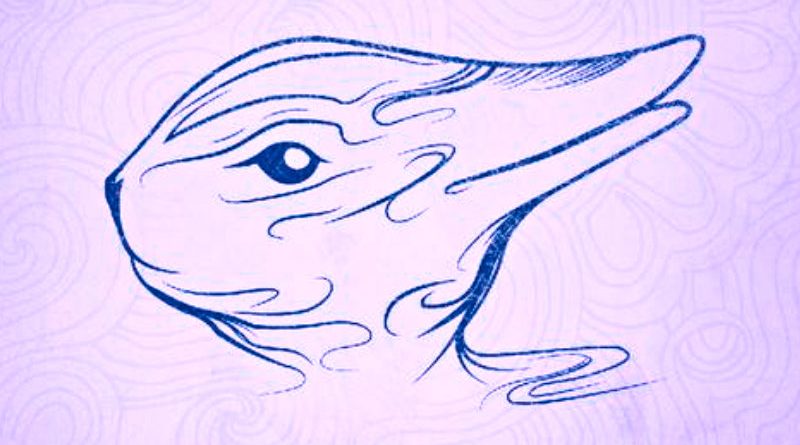 Similar to the current debate over the audio clip containing Laurel or Yanny, this optical illusion has people choosing sides in regards to what animal they see.

Although we don’t know who originally created this picture, it was first published in October of 1892 in a German humor and satire magazine called Fliegende Blätter.

After that, Joseph Jastrow, a psychologist, explored the complexity of eyesight, and how emotions affect what people see in optical illusions such as this. The image was used again when Ludwig Wittgenstein referred to it as a way of explaining perspective. Despite being drawn more than 125 years ago, your assessment of this picture helps measure your creative ability.

Which animal stands out to you? Are you able to see more than one animal? How fast does one animal morph into another?

Experts say that the duck and rabbit debate isn’t really about which animal you see first. The sign they use to gauge your creativity is the ability to switch between the two animals.

Recommended: This Test Will Reveal All The Secrets Of Your Personality! What Do You See In The Picture?

If you can see one animal and quickly switch to seeing the other animal, that demonstrates your ability to view things from a different perspective.

You can also see the world from not just one, but multiple perspectives. This is a great trait to have! This can help you be creative not only in artistic endeavors but also in problem-solving, conflict resolution and in career advancement.

The knack of switching between the two animals without delay is desirable; furthermore, it indicates your capacity for ingenuity and originality.

The ability to quickly go back and forth between seeing the duck and the rabbit shows that you think outside the box.

While examining this clever illusion, some find that they can easily move from one image to the other, while other people have difficulty in discovering both animals. Context plays a large role in what is seen.

For example, the rabbit becomes a more prevalent figure at Easter time. If you live near a pond, the duck might come into the spotlight.

This only proves just how much information our mind can take in and process. It also shows that the mind is trainable, so keep looking for the duck or the rabbit! Keep an open mind and be ready to see the world around you in a new way.