Home
SPIRITUAL LIFESTYLE
If You Have A Letter M On The Palm Of Your Hand, There Is Something Very Special About You 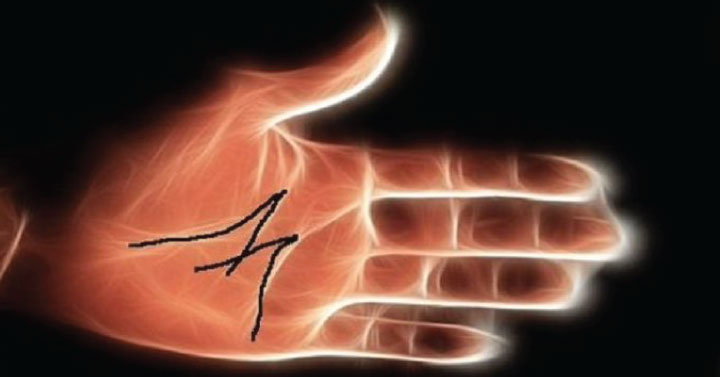 Millions of people around the world look to the lines on their palms talk to discover about their character and destiny.

Palmistry is an ancient art whose roots have been traced back several thousand years to India, where it was born from Hindu astrology and first mentioned in the Chiese book the I Ching.

It quickly spread all over Asia and Europe, whereupon Aristotle took up an interest in it and passed the knowledge on to Alexander the Great. The Macedonian king often used it to judge the character of his military officers and would closely read the lines of their palms. It must have helped him out because in fifteen years of nonstop conquest he never lost a single battle.

The practice has since endured throughout the ages. Today, most people view it as pseudo-science and are quick to dismiss it as superstitious beliefs. Part of why people are so skeptical is that they don’t truly understand it.

They only know what they see in the media, and it has been wrongly portrayed in the many books, films, and TV shows that have touched upon it over the years. If you’re further interested in the subject, the video bellow does an excellent job introducing and describing what the main lines and patterns on your palm signify.

One specific attribute that people often wonder about is the appearance of the letter M on the palm of the hand. The letter M on the palm comes into formation by the way major lines, mainly the heart, head, and life lines, both appear and align on the palm. Not all people have such a defined marking, it’s even kind of rare, and those who do have one are said to be special.

Recommended: Not Everyone Has this Line on Their Palms- This is What it Means if You Have It!

They are blessed with good fortune and thrive in the careers they choose because they have strong self-motivation and discipline. Oftentimes they end up pursuing jobs in the legal or political field and work their way up to top management positions. They are seen as gifted individuals who hold extraordinary intuition and because of this they make strong business partners in any endeavor they set their heart and minds to.

Furthermore, people whose palms have the letter M are masters at seeing through lies and deceit. Not much gets past them and they almost always figure out if someone is less than honest, lying, or cheating.

This sense of intuition is often stronger in women than in men, but it comes down to the individual. Overall, the letter M on the palm has long been associated with the aforementioned traits, as well as the following qualities in life; leadership, good fortune, riches, and excellent prospects.

Recommended: This 5 Minute Exercise You Can Do With Your Hands Anywhere Will Boost Energy & Balance Emotions

There is a lot more information and many details covered in the video. Check it out and compare your own hand closely to whats being described in the video. Share this with your friends and family and try reading their palms, it’s really fun and you may just learn something about them.

What do you think?
Do you have a “M” in your hand?
Is Palmistry real or not?