Home
SPIRITUAL LIFESTYLE
What Does Your Mayan Zodiac Sign Say About You? 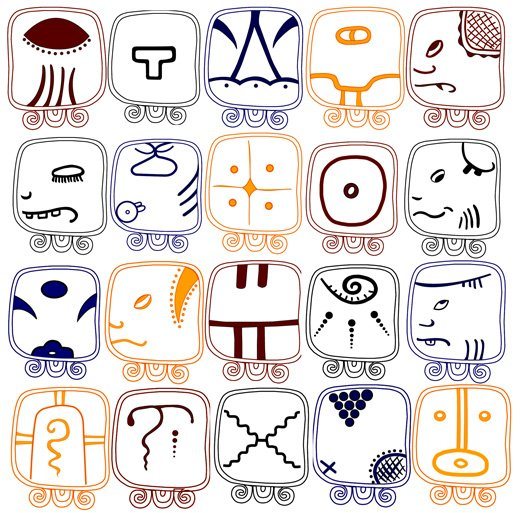 There is a lot of mystery surrounding Mayan astrology that persists to this day. The exact meanings of the astrology signs are unclear.

Many modern interpretations have been offered, however, not many of them are based on research into Mayan culture and the symbolism used by them.

What is known is that the Haab Calendar used 19 Mayan astrology signs to represent the movement of the days throughout the year. Many of the meanings and symbolism are based on aspects important to their culture; weather, the jaguar, the four directions, and astronomy.

Recommended: What Does Your Native American Zodiac Sign Say About You?

Modern Mayan people have not provided further meaning into the symbolism of the signs, so there are a lot of different interpretations available. I have included the classic Mayan astrology signs, dates, and meanings… along with a personal interpretation based on the symbolism known to each sign.

Meaning: Black Storm, Black Sky, Moon, One Flower, West
Mayan Astrology Signs Interpretation: Those born in the Ch’en sign are people of the night. The hours past dusk and before the first light are power times for you. Tap into this time of quiet energy to develop yourself fully.

You have a natural affinity for moon energies. Consider wearing moonstone to increase your connection with lunar energies. Your cardinal direction is the West and facing Westward during meditation can be very beneficial for you.

Tap into your peace-keeping abilities to bring harmony to those around you. It is a great gift to be a peace-keeper in these times and you can do much good in the world. Your cardinal direction is the South.

Meaning: White Storm, Frog, Frog Constellation, Three Flower, North
Mayan Astrology Signs Interpretation: Those born in the Sac sign have an affinity for the day hours. Early morning is a power time for you. Make sure to allow time for reflection in the early hours of the day because great wisdom can come to you during this time. Your cardinal direction is the north.

The frog is a power animal for you. The meaning of frog is their adaptability and comfort with change. Frogs can make a quick and effortless jump from one stage of consciousness to the next. Embrace the changes that come into your life. Your power is in change.

Meaning: Red Storm, Trees, Deer, East
Mayan Astrology Signs Interpretation: Those born in the Keh sign have an affinity for nature and natural balance. You can help restore natural order to our planet by your example. You have the energy of fire and red is a power color for you.

Embrace this powerful force and let your fiery nature be known. Meditation in forests will help you develop your natural power. Your cardinal direction is east and your totem animal is the gentle, noble “people” of the woods… deer.

Meaning: Enclosed, Cover, God of Number 3
Mayan Zodiac Symbols Interpretation: Those born in the Mak sign are under one of the largest mysteries of the Mayan astrology signs. The meaning for your sign is less clearly defined than for any other. Mak is a mystery and that makes you a mystery as well. You do best when you keep some of yourself back from others.

The words describing your sign are cover and enclosed, once again referring to something that is “undercover” or hidden away. Like the bear, spend time in reflection and meditation. If you allow yourself this personal time away from others you can discover the mysteries of existence. Your power number is 3, which has numerous references in symbolism throughout time. 3 is considered the number of divinity, balance, and completion.

Meaning: Earth, Dog, Yellow, Underworld, Yellow Sun
Mayan Astrology Signs Interpretation: Those born in the K’ank’in sign are people of the earth and the sun. You have an affinity for both the planet beneath your foot and for the strong solar energies of the sun.

Spend time under the solar rays meditating for there is wisdom for you. Spend time as well in and on the earth. If possible, meditate in a cave, or at least visit a cave and experience the calm tranquility of being in the womb of the earth mother. Your totem animal is the dog, specifically the yellow dog. Dogs are well known for their loyalty, but a less known meaning of this animal totem is their incredible inner strength.

Meaning: Owl, Moan Bird, God of Rain and Clouds, Fire
Mayan Astrology Interpretation: Those born in the Muwan sign have an affinity for fire and water. Embrace these two elements. Especially during thunderstorms when both fire and water are present in the forms of rain and lightning.

Storms are power times for you. Your animal totem is the Owl, also known by Mayans as the moan bird. Owls have the ability of vision. They are seers who can detect the truth around them.

Meaning: Planting Time, Puma, Steam, Arrow, Drum
Mayan Astrology Signs Interpretation: Those born in the Pax sign have the animal totem Jaguar. Jaguars were very important to Mayan culture. They represent leadership. Your personal strength is a leader of people. Embrace this strength.

You also have the straight-forward nature of an arrow and the steady strength of a drumbeat. Use the drum in your life. It will bring you stability and balance. Your element is steam, a mix between earth, water, and fire. Steam rises from the earth through heat. Combine these three elements together in your life.

Meaning: Turtle, Moon Goddess, One God
Mayan Zodiac Symbols Interpretation: Those born in the Kayab sign have a natural affinity for the moon and spiritual endeavors.

You most likely find yourself searching for the deeper meaning in everyday occurrences. The turtle is your animal totem. Turtles have deep significance as the carriers of ancient wisdom and the carriers of the earth.