The psoas major muscle (pronounced “so-as”) is often referred to as the deepest core, or as yoga therapist and film-maker Danielle Olson states, the “muscle of the soul.” This core-stabilizing muscle located near the hip bone affects mobility, structural balance, joint function, flexibility, and much more.

In addition to its function to help keep the body upright and moving, the psoas is believed to allow you to connect with the present moment especially when it is stretched out and tension is released from the body.

Research indicates that the psoas is vital to our psychological wellbeing, connecting fear and anxiety, in addition to structural health.

Liz Koch, author of The Psoas Book, states that our psoas “literally embodies our deepest urge for survival, and more profoundly, our elemental desire to flourish.”

This means that there is a lot more to the psoas than one might initially think. It is entirely possible to harness healing pranic energy and improve mental health by keeping the psoas healthy.

Where is the Psoas?

The muscle flares out from the T12 vertebrae, follows down the five lumbar vertebrae, before attaching to the top of the thigh bone.

In addition to connecting the legs and spine, the psoas is connected to the diaphragm. Breathing is modulated at the diaphragm, and it is also the location where many physical symptoms associated with fear and anxiety manifest.

Koch believes that this is due to the direct link between the psoas and the most ancient part of our brain stem and spinal cord, called the reptilian brain. 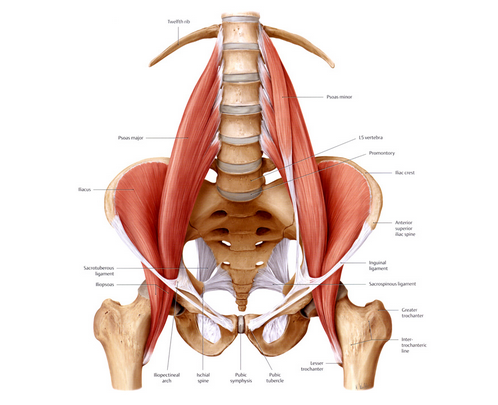 According to Koch, “Long before the spoken word or the organizing capacity of the cortex developed, the reptilian brain, known for its survival instincts, maintained our essential core functioning.”

The way we live today, constantly rushing, competing and achieving, has the psoas in a constant “fight or flight” state.

Trapped in a constant “flight or fight” state, psoas muscles are stressed and constricted, almost from the time of birth. As Koch notes, “this situation is exacerbated by many things in our modern lifestyle, from car seats to constrictive clothing, from chairs to shoes that distort our posture, curtail our natural movements and further constrict our psoas.”

This lifelong chronic stress put on the psoas can lead to many problems like back, hip, or knee pain, and even digestive issues and dysfunctional breathing. It could also be a major cause why people suffer from chronic physical pain.

The physical body is not the only part of you that suffers from a chronically-stressed psoas. The psoas is much more than a muscle used for structural stability. It influences every element of life, from how you feel, to how you look at the world, and even how you treat others.

A variety of problems have been associated with a chronically-stressed psoas muscle: it can negatively affect your emotional state; it can impact your interpersonal relationships; and it can influence your general contentment with life.

Awareness that a healthy psoas is important to emotional wellness, as well as physical health, is the first step towards ensuring that we give this muscle the attention it deserves.

Koch states, “Whether you suffer from sore back or anxiety, from knee strain or exhaustion, there’s a good chance that a constricted psoas might be contributing to your woes.”

Fear and the Psoas

Since the psoas is closely linked to our “fight or flight” mechanism, fear can be over-represented in those with a constricted psoas.

It is an emotion that manifests itself in the most unusual ways and can “lock” itself into the body resulting in both physical and emotional tension.

Recommended: 10 Significant Ways To Clear Your Mind Of Negative

By restoring balance to your psoas muscles, you are likely to release this pent up tension, which can have a profound effect on releasing unfounded fearfulness about life, and thus improve both your physical and mental wellbeing.

You will feel a greater sense of inner peace, along with fewer muscle aches and strains.

The Connection to the Energetic Body

Lengthening and releasing your psoas grounds you to the Earth, which is filled with healing and revitalizing energy, thus allowing you to balance your pranic energy and enabling you to feel more present in the moment.

Recommended: How To Balance Your 7 Chakras System – Chakra Empowering

Proper structural stability attributed to a healthy psoas allows prana to flow, unimpeded, throughout the body, allowing for proper distribution of vital energy.

In the physical sense, when the body can properly support itself, movement is less-restricted and requires less effort, thus leaving you more energetic.

Our understanding of the psoas is by no means new knowledge. In fact, it is more akin to ancient wisdom that was either lost or discarded over time. Yoga shows us explicitly that ancient gurus understood the importance of releasing contracted psoas muscles.

Ancient yoga asanas, or postures, that are now practiced all around the world, focus on lengthening and releasing psoas muscles and restoring comfort and balance to the entire body. With consistent practice, you can learn how to isolate this muscle, which can be immensely useful and healing in the long run. 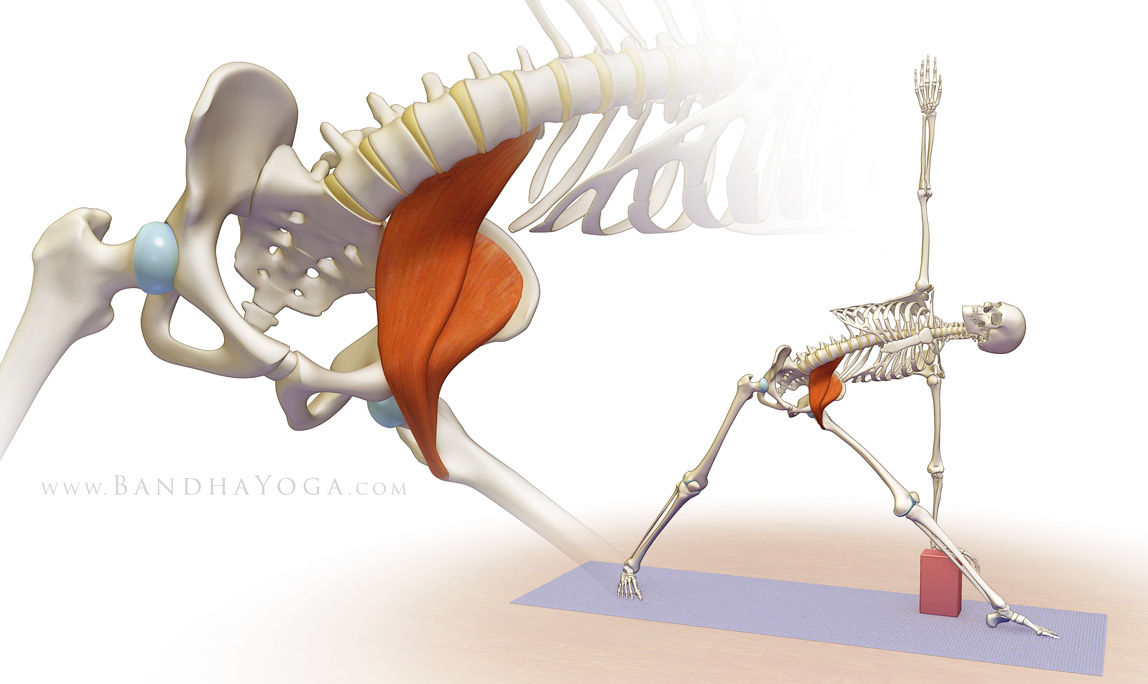 Yoga is also a great way to measure the current health of the psoas. There are many postures, such as tree (Vrksasana), which cannot be properly achieved if the psoas is contracted.

If you are practicing a sitting or standing yoga pose and feel strain in either your knees or lower back (or both), then there’s a good chance that your psoas is constricted and needs more of your attention.

Recommended: This 5 Minute Exercise You Can Do With Your Hands Anywhere Will Boost Energy & Balance Emotions

The psoas is an important, yet often unknown, muscle that plays a vital role in physical health and mental wellbeing. The cumulative effect of neglecting this muscle is physical and mental stress and tension, which manifests itself in our society as anxiety, depression, chronic back pain, knee pain, digestive distress, respiratory problems, etc.