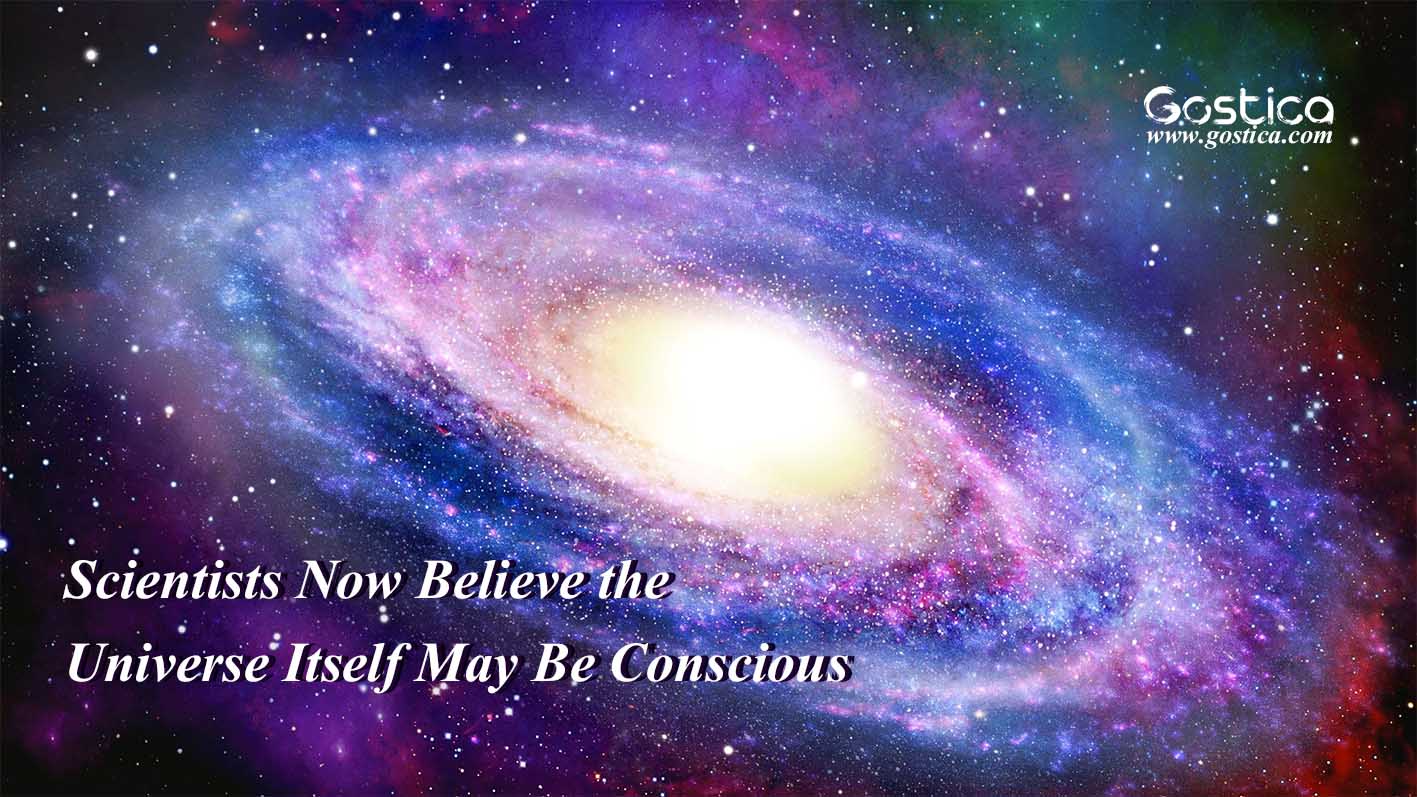 (ANTIMEDIA) – You don’t have to look far to find outlandish theories on the nature of the cosmos and human consciousness.

These days, notions once relegated to science fiction are finding their way into esoteric academic journals, and from there, into mainstream discourse. One example of this is the Simulation Argument, recently championed by Elon Musk; another is ‘time crystals,’ a tantalizing non-linear phase of matter.

The newest symphony of mind jazz being broadcast across the Internet posits new ideas about the embattled theory of “panpsychism,” or the belief that mind is a fundamental property of the physical universe and is imbued into all states of matter.

Recommended: 10 Beautiful Things That Happen When You Trust in The Universe

A new paper, published by physicist Gregory Matloff, has brought the idea back into scientific discussions, promising experimental tests that could “validate or falsify” the concept of a ubiquitous “proto-consciousness field.” Matloff also pushes the controversial idea of volitional stars, suggesting there is actually evidence that stars control their own galactic paths.

As absurd as the theory sounds, it has several prominent adherents, including British theoretical physicist Sir Roger Penrose, who introduced panpsychism three decades ago.

Penrose believed consciousness arises from the properties of quantum entanglement. He and anesthesiologist Stuart Hameroff authored the Orchestrated Objective Reduction (Orch-OR) hypothesis, which asserts, among other things, that consciousness results from quantum vibrations inside microtubules.

In 2006, German physicist Bernard Haisch took the idea further and proposed that consciousness arises within a “quantum vacuum” any time there is a significantly advanced system through which energy flows.

Neuroscientist Christof Koch, another proponent of panpsychism, approaches it from a different angle, using integrated information theory to argue that consciousness is not unique to biological organisms.

“The only dominant theory we have of consciousness says that it is associated with complexity — with a system’s ability to act upon its own state and determine its own fate,” Koch argues. “Theory states that it could go down to very simple systems. In principle, some purely physical systems that are not biological or organic may also be conscious.”

Matloff and other scientists are moving the argument into a new phase: experimentation. Matloff intends to study the behavior of stars, specifically analyzing an anomaly in stellar motion known as Paranego’s Discontinuity.

Recommended: Test: How Connected Are You To The Universe?

Matloff wants to know why certain cooler stars appear to emit jets of energy pointed in one direction, a characteristic that seems oddly and inexplicably ubiquitous in the galaxy. In 2018, he plans to use results from the Gaia star-mapping space telescope to show that the anomaly may be a willful stellar action.

He wants to know if their information responses match underlying neurochemical foundations of consciousness. He plans to test this by wiring the brains of mice together to see if their minds merge into a larger information system.

Panpsychism certainly has critics, as well. In an article for The Atlantic entitled “Why Panpsychism Is Probably Wrong,” Keith Frankish writes:

“Panpsychism gives consciousness a curious status. It places it at the very heart of every physical entity yet threatens to render it explanatorily idle. For the behavior of subatomic particles and the systems they constitute promises to be fully explained by physics and the other physical sciences. Panpsychism offers no distinctive predictions or explanations. It finds a place for consciousness in the physical world, but that place is a sort of limbo.”

The quote expresses a general sense that panpsychism oversimplifies the hard problem of consciousness in the universe, an opinion many scientists share.

However, Matloff, Penrose, and other proponents continue undertaking the job of venturing outside the margins of accepted science to try reconciling intractable contradictions and anomalies exposed by quantum theory.