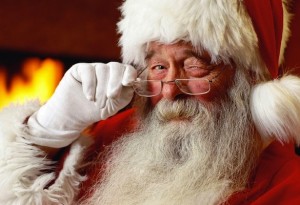 The Pagan Roots of Christmas

On Christmas Day entire Christian world celebrates the birth of the Savior. The Bible does not indicate the date on which Jesus Christ was born. And this is not an accidental omission. It is logical to ask, how then comes the tradition to celebrate Christmas and why did we you choose that day?

In the IV century, Emperor Constantine the Great declared December 25 the birth date of the Savior. It was a thin tactical move, with which he wanted to have new faith. Although Christianity was adopted as the official religion of Rome, remained alien to the people who celebrated their old pagan holidays. Knowing that he can not eradicate these millennia-old customs, Constantine decided to merge them in the new religion and to make it closer to the people.
December 25 according to the Julian calendar, falls on the winter solstice day- in other words the day light stopped declining and started to grow. The people believed that this day is the birth of the new born God – Sun, which was one of the biggest pagan holidays. The overlap of dates with this cult and the birth of Christ from Mary (Sun was also born of a virgin heavenly goddess) was a successful move that opted not only the Romans to the new religion, but all newly converted nations.
With the pagan roots of Christmas we can explain many of the traditions that we keep – for example to celebrate  the holiday in home. According to ancient beliefs, replacement of the old with the new sun, is considered as the end of the world and its re-creation. The Night Before Christmas heaven and hell are open and the world is invaded by chaos – outside walk bugbears, goblins and vampires. So it is sed “Wherever you are, go home before Christmas,” in any case should not be out when the night falls. Only the carol, which sing a ritual song have to drive away the evil forces on Christmas Eve. This custom also dating from pagan times, while the lieder of the companions can be identified as shaman – he brings a semblance of a scepter, a ritual mask with horns and only he has the power to bless. 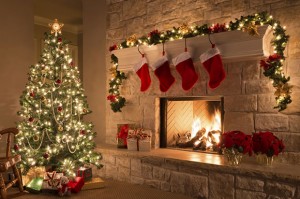 But according to traditional beliefs, except to hell, the earth opens to the sky. It is therefore considered that a prayer on Christmas night has the greatest effect and will be heard. But although headed to God, it reminds more of a magical spell. At this moment you can see and the things that will happen in the future, to predict some moments – the weather during the year, fertility, and the young girls can have a dream of their future husband.