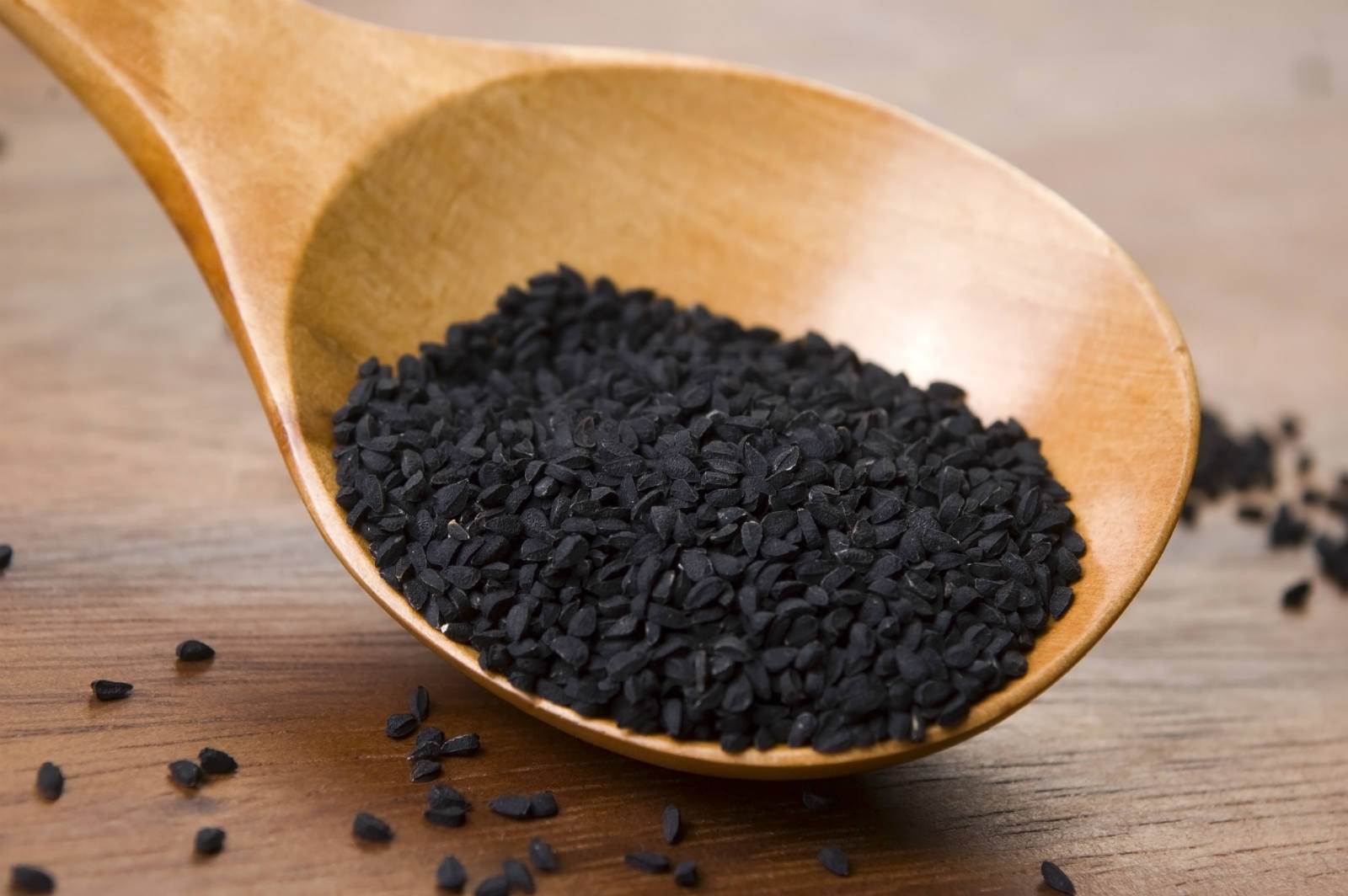 Within Islam there are many herbs, plants and fruits that are believed to have medicinal and healing properties. Olive, pomegranate, dates and figs are amongst those that are directly mentioned in the Qur’an as blessed foods.

However, there is only one that can stake a claim as a super food and that is Black cumin or ‘Habbat ul Sawda’ as it is known in Arabic. According to hadith, the Prophet Muhammed (pbuh) is believed to have said: “In the black seed is healing for every disease except death.” (Sahih Bukhari)

Indigenous to the Mediterranean region, the black seed plant (Nigella Sativa) has been used medicinally by Muslims and non-Muslims alike for hundreds of years. In fact the earliest written reference to the black cumin is in the book of Isaiah in the Old Testament where Isaiah talks of the harvesting of the black seed. It was also mentioned in the Bible as the curative ‘black seed’ and has been used by Asian herbalists and the Romans for culinary purposes. However it never really held any place of importance until the rise of Islam. A CURE FOR ALL THINGS

Within Arabo-Islamic culture, the black seed has been prescribed for various ailments including fever, asthma, chronic headaches, diabetes, digestion, back pain, infections and rheumatism. In fact, since its rise in popularity in the Seventh century the black seed has remained a staple of family medicine within the Muslim world. The black seed is believed to have 100 components and is a significant sources of fatty acids, proteins, carbohydrates, vitamins and minerals.

Studies have confirmed numerous pharmacological benefits. Black cumin seeds are also called Nigella sativa seeds. These seeds have anti-diabetic and anti-cancer properties. They can be used to regulate the immune system, reduce pain, kill microorganisms, reduce inflammation, inhibit spasmodic activity, and open the tiny air passages in the lungs. Black seed oil protects the liver, the kidneys, and the stomach/ digestive system. It is a powerful antioxidant. [1]

This article will review some of the recent studies that show how black cumin seed oil can benefit your health.

I will be reporting on several recent black cumin seed studies covering other important health topics. I will review studies that investigated the use of black cumin seed oil for helping with obesity, balancing blood chemistry, reducing inflammation, supporting healthy immune system functioning, and alleviating nasal dryness and discomfort. 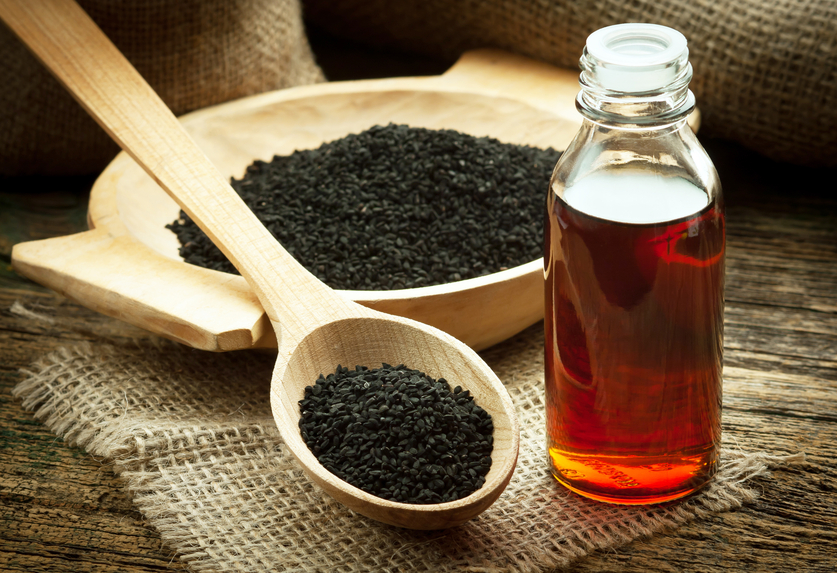 Researchers from Saudi Arabia recently reviewed scientific research on the benefits of using black seeds as an herbal medicine. They discussed the miraculous healing power of Nigella sativa and its prominent position among herbal medicines. Its high ranking is based on scientific evidence. Most of the therapeutic properties of this plant are linked to thymoquinone which is the major bioactive component of the essential oil contained in the seeds and in black cumin seed oil. [2]

BLACK SEEDS ARE USEFUL AS AN ANTIOXIDANT AND ANTI-INFLAMMATORY TREATMENT

Black seeds have been employed for thousands of years as a spice and food preservative.

Scientific research provides clear evidence that both the oil and its active ingredients, such as thymoquinone, possess antioxidant effects. This is accomplished by enhancing the oxidant scavenger system, which has a detoxifying effect.

The free radicals produced during inflammation can induce gene mutations and modifications of cancer related proteins.

The seeds and the oil have many pharmacological effects including antibacterial, antifungal, anti-tumor, analgesic and antipyretic activity. 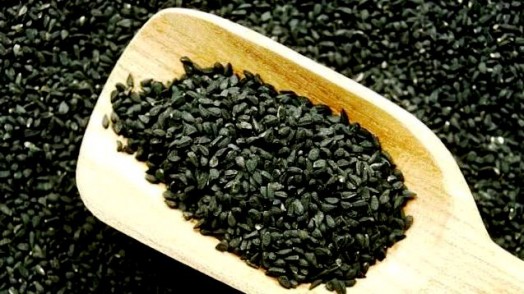 Given the growing interest in and the use of functional foods and nutraceuticals, as well as the increase in obesity and chronic diseases worldwide, further research into the therapeutic/preventive effects of black cumin will be beneficial. [6]

A study conducted by Iranian researchers examined the effects of long-term Nigella sativa supplementation and the use of aerobic training on the lipid profile and oxygen consumption of sedentary overweight women.

This was a randomized double-blind controlled trial. Twenty sedentary overweight females were divided into two groups and assigned to black seed supplementation or a placebo for the 8 weeks of the study. Both groups participated in aerobic training 3 times per week. Blood lipids and VO2 max were determined before the experiment began and at the end of 8 weeks. VO2 max is a measurement of the maximum amount of oxygen that a person can use when exercising. Higher levels of oxygen consumption are associated with higher levels of physical fitness. The women who took the placebo and who did aerobic training experienced reductions in total cholesterol and LDL cholesterol, and increased VO2 max. The women who used Nigella sativa supplementation and aerobic training experienced reductions in total cholesterol, triglyceride, low-density lipoprotein, and body mass index (ratio of fat to muscle). The women lost body fat and gained muscle. Black seed supplementation also increased high density lipoprotein and VO2 max. The researchers concluded that the combination of 8-weeks of aerobic training and Nigella sativa supplementation had a synergistic effect, and the combination of black seed consumption and aerobic training produced the greatest health benefit. [8]

BLACK SEEDS ARE USEFUL FOR NASAL DRYNESS AND NASAL DISCOMFORT

They compared the effects of using black seed oil in the nasal passages of the nose to the use of a salt water solution.

Researchers found that nasal dryness, obstruction and crusting improved significantly with the use of black seed oil compared to salt water treatment. They noted that there was no significant difference between the effect of black cumin seed oil and salt water on nasal burning and itching. Researchers concluded that black seed oil is a better alternative for treating nasal mucosal symptoms due to aging. [11]

Black cumin seeds have been used in the Middle East for thousands of years, and it is easy to see why the seeds and oil are gaining popularity today in Western countries as well.