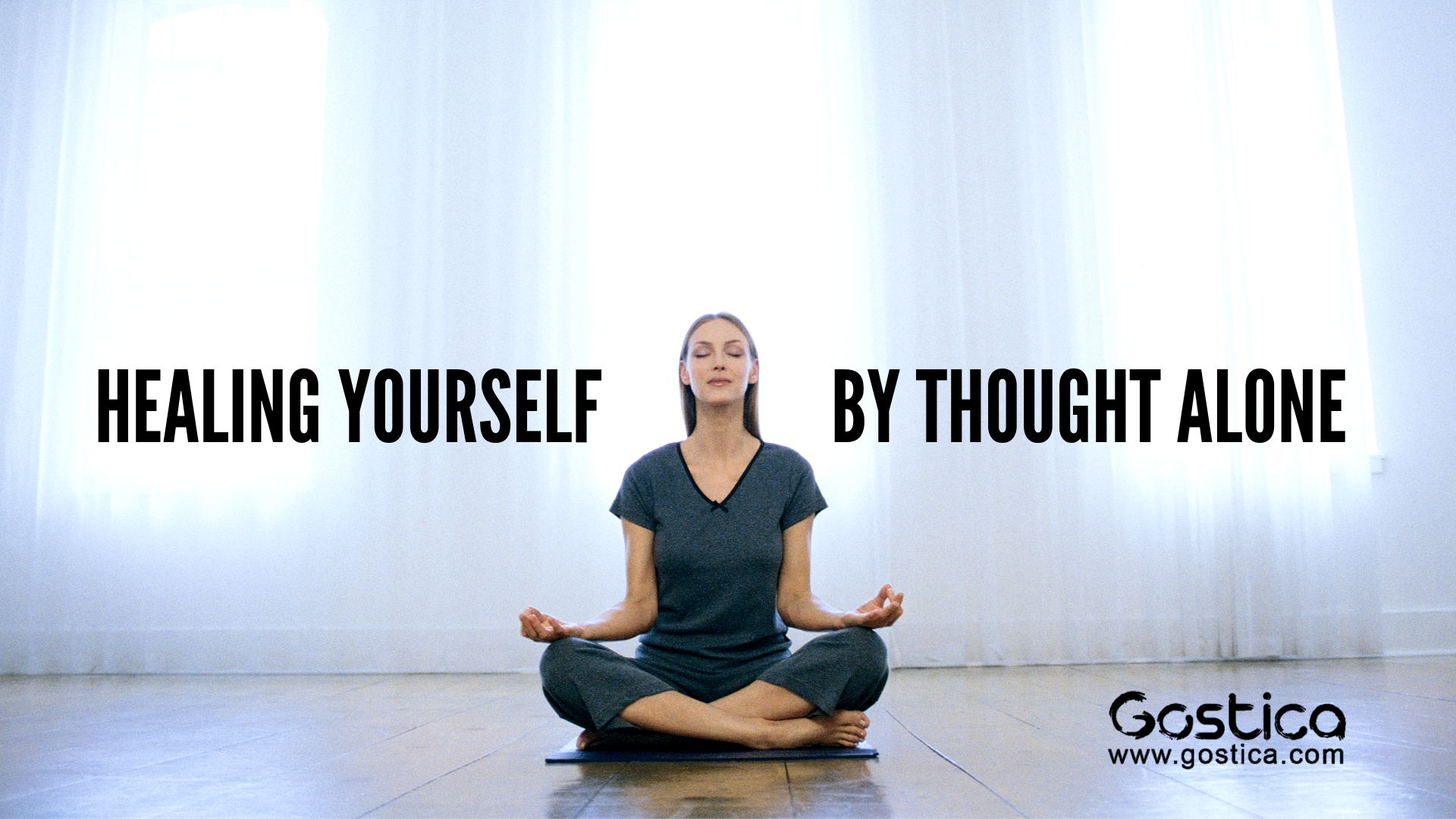 When I wrote my latest book, You Are the Placebo, I set out to explore the idea that it’s possible for people to heal themselves of all sorts of conditions (even those considered incurable) without drugs or surgery — through thought alone.

After all, the power of belief is so strong that drug companies routinely use double- and triple-blind, placebo-controlled studies to test new drugs because people taking placebos (inert substances like sugar pills), thinking they may be taking an active drug, often improve.

Consider the following examples from the medical literature:

Recommended: Five Powerful and Fast Self-Healing Techniques You Need To Use

Given these cases and many, many more like them, I wanted to see if I could teach people to believe in themselves instead of in something outside of themselves and get the same kind of dramatic results. If I could demystify the placebo effect by explaining how and why it works, I wondered, could people learn to consciously do it on purpose?

The answer, I found, is a resounding yes. Participants in my workshops who learn a model of self-transformation that combines the latest findings from both neuroscience and quantum physics have been able to heal themselves of a wide variety of disorders.

In my advanced workshops, I bring in scientists who take very sophisticated measurements of brainwaves, heart rhythms, and even urine and saliva levels of certain hormones to document these changes in real time.

So how did these participants change their state of being? As I explain in my book, as long as you’re thinking the same thoughts, they’ll lead to the same choices, which cause the same behaviors, which create the same experiences, which produce the same emotions, which in turn drive the same thoughts — so that neurochemically, you stay the same. (You could say that you’re always reminding yourself of who you think you are.)

But we now know that thanks to neuroplasticity, we aren’t hardwired to think the same thoughts in the same way for the rest of our lives. We can learn to create new neural pathways and make new neural connections so that we can break the habit of being our old selves.

These changes in our brains can then lead to changes in our bodies, thanks to the relatively new science of epigenetics, which torches the old-school idea that our genes are our destiny.

While you may indeed have a genetic tendency toward developing certain diseases and conditions, the latest research shows that by learning to change your neural wiring, it’s possible to turn off those undesirable genes and to signal new, healthier genes to turn on.

The key is a technique called mental rehearsal, where you imagine a desired outcome in such a way that you make your inner thoughts more real than your outer environment. If you combine a clear intention of the new future you want with an elevated emotion (such as joy and gratitude), you can give your body a taste of this future experience in the present moment.

If you make it feel real enough, your brain won’t know the difference and will fire new neurons and make new connections until it starts to look as if the event has actually taken place. In my book, I dip into a bit of quantum physics to further explain how this works.

In a nutshell, all possibilities exist in this present moment, so if you choose a new future for yourself from this field of infinite possibilities, and you successfully use mental rehearsal to make it feel real enough times, it’s possible to actually observe that future into reality through making epigenetic changes in your DNA.

You literally become someone new because both your brain and your body will no longer identify with your old self. And then you’ve become your own placebo. More good news: This amazing technique can work for anyone. You don’t have to be a neuroscientist or even a spiritual master to make the seemingly impossible possible. Try it yourself and see!

To learn more, check out Dr. Joe Dispenza’s new book, You Are The Placebo.

Recommended: Reiki: The Forgotten Power Of Healing With Your Hands

This was written by Dr. Joe Dispenza for MindBodyGreen.

Joe Dispenza, D.C., the best-selling author of Breaking the Habit of Being Yourselfand Evolve Your Brain, studied biochemistry at Rutgers University. He also holds a Bachelor of Science degree with an emphasis in neuroscience, and earned his Doctor of Chiropractic from Life University in Atlanta, Georgia.

He has received postgraduate training and continuing education in neurology, neuroscience, brain function and chemistry, cellular biology, memory formation, and aging and longevity. One of the scientists, researchers, and teachers featured in the award-winning film What the BLEEP Do We Know!?, Dr. Joe has lectured on six continents and 27 countries, educating people about the functions of the human brain.