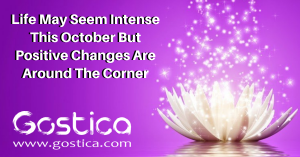 The equinox has arrived, a moment every fall when night and day are perfectly divided, and the Sun moves into Libra, the sign of balance.

After four weeks of nitpicky, industrious Virgo energy rattling our neurotic cages, it’s a huge relief to sink into Libra’s “peace, love and harmony” vibes which will last from September 22 to October 23, 2018. While Virgo scoured for flaws, Libra sees beauty in everything. What we judged with a critical eye in late August and early September is suddenly forgivable…and quite possibly worthy of being deemed fine art.

Libra is also the sign of romantic partnerships, so it’s little coincidence that this celestial slow jam coincides with cuffing season. Opposites attract more than ever under the sign of the scales. You might even find an uncommon match and treat the world to your dynamic duo, like Libra Snoop Dogg and (Leo) Martha Stewart, whose unexpected friendship evolved into a cooking show.

Recommended: Venus Retrograde October 2018: Buckle Up! You Are In For A Wild Ride

Soak up the loving vibes in September though! Two weeks into Libra season, things could get a little choppier on the Sea of Love. From October 5 to November 16, Venus—the planet that rules the sign of Libra—is turning retrograde until November 16. This reverse commute will cause things associated with Venus (and, by extension, the sign of Libra) to go a little haywire: relationships, social graces, fashion sense, and diplomacy.

While ultra-romantic Libra season is generally a time when it’s safe to get swept away, Venus retrograde throws in a curveball. By all means, scoop up the season’s pink-hued lenses—but keep them off when you’re in Cupid’s crosshairs. If you don’t want to be zapped by a harsh reality check, don’t get caught in the trap of idealizing the one you j’adore.

Instead, create space for the good, the bad and the ugly, which is pretty much guaranteed to show up eventually if you plan to get into (or stay in) a real relationship with anyone. A better bet? Learn where people’s shadows lie and stay two steps ahead of the game by strategizing ways to work with their “shortcomings” instead of wasting time hoping these things will change.

As Libra Oscar Wilde once quipped, “A dreamer is one who can only find the way by moonlight, and his punishment is that he sees the dawn before the rest of the world.”

And here’s another layer of complexity for the fall: From October 5 to 31, Venus will be retrograde in sexually charged, intense Scorpio, before retreating through Libra’s realm until November 16. Just when we thought we had our fantasies dialed in, an ex could arrive back in town or some other drama from the past could throw a wrench in the works.

Do some advance preparation by blocking and deleting numbers you are loath to see in your caller ID ever again. Trying to keep things light and “surface-y” just won’t work this Libra season—not with Venus backing up through intense and probing Scorpio the whole time. Be prepared to plumb the depths of your most intimate interactions.

Recommended: Your October Love Horoscope – Difficult Times Ahead With Venus In Retrograde

That’s not to say that Venus retrograde is going to screw up everyone’s love life. But for much of Libra season—and waging on until November 16—an ounce of prevention is worth a pound of cure. So no, you probably shouldn’t go out with that dubious dude from Hinge who reminds you of the ten bad choices you already made in 2018.

And maybe it’s best to role-play a conflict with your therapist before bringing up the grievance with your girlfriend. PS: if you have a wedding scheduled between October 5 to November 16, you don’t have to cancel the chapel reservation. Just plan on renewing your vows one year later to make sure they are set in stone.

Conflict resolution could also be a lot more challenging this fall. Libra, the great harmonizer of the zodiac, is known for its peacekeeping powers. But we’ve also seen what happens when this energy gets out of balance: Cue shoe-flinging Libra Cardi B or just listen to any track by Eminem, who was born under the sign of the scales.

The “you did me wrong” narrative can wage on longer than Homer’s Odyssey until justice is restored. If you find yourself in circumstances that feel unfair over the coming four weeks, think carefully about how you respond. With Venus retrograde in Scorpio, cutthroat vengeance or sneak-attack retaliations may seem like the way to win.

But these underhanded battle styles could majorly backfire. Since Libra governs the law it’s best to at least TRY to follow due process instead of going rogue. Find out your rights—and lawyer up if need be. And if that doesn’t work, you can still “give peace a chance,” as Libra John Lennon sang. This is not about being passive though. In fact, it was Libra Mahatma Gandhi who let India to independence with a peaceful revolution and reminded us that, “An eye for an eye only ends up making the whole world blind.”

During Libra season, we’re usually keen to try some new beauty treatments. Just ask Libra GOOP maven, Gwyneth Paltrow, who is always down for an intrepid voyage into vaginal steaming or other unorthodox treatments like getting stung by bees to “reduce inflammation.” But astrologers warn against any beauty-based risks during a Venus retrograde.

If you’re getting injections, microblading or cosmetic surgery, go to a reputable source, not the medi-spa with the best Groupons. And if you can wait until after November 16 for any longer-lasting adjustment, all the better. How about hitting the Korean spa or getting a hydrating facial instead?

Recommended: Libra Season Is Here – These Are The 4 Zodiac Signs Will Be Affected The Most

Thankfully, NYFW arrived early enough to dodge the disastrous effects that Venus retrograde can have on fashion. But the cosmic catwalk could be filled with some “oh no she didn’t” OOTDs after October 5. While Libra Kim Kardashian is an undeniable style icon, she’s also willing to take risks that should probably not be copied this season.

Libra Lil’ Wayne can pull off a face tat, but anything involving body-modification or chopping off large chunks of hair should also go in the “wait until after November 16 and have a rethink” category.

One maxim that will not change during Libra season (Venus retrograde or not) is that balance is key. Love, discuss and dress mindfully and you’ll fly through without a hitch. We have faith in you!