We had to wait for communities to be at the energy we needed, and to also finish up where we were living. We were doing important energy work since 2009 and even before, now that’s done and we are no longer doing this by ourselves, we have massive numbers of people who are carrying that light with us.

If you aren’t sure where you are going to go, focus on what you want, the energy you want to experience, the kinds of people you want in your life, and the lifestyle you want. Start considering your choices in terms of energy rather than physical properties, that will help create the perfect match. 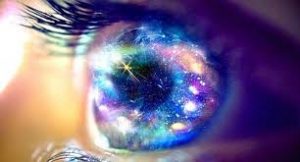 Have you noticed people talk about the ‘great awakening’ and describing themselves as ‘awake’ or ‘woke’? We are moving from the new age, the beginning of this ascension cycle and vast energetic transformation, into the Light Age, where the light is firmly anchored into the 3D reality that is dis-integrating (coming apart) to make room for 5D energy.

Like spirited people will continue to connect as they did last year. This is also going to make energy gaps far more apparent, where you see the difference between those who are awake and asleep.

Remember that we move from 3D density and awaken to the 4D bridge when things get dire enough for us to reconsider where we have been and want to put our energy. For some that takes a long time, for others it happens very quickly.

But the critical mass of people who are awakening are going to push others towards that 4D bridge, and the ones that are already over the bridge, like you, are there to remind them that there is something awaiting them when they get to the other side.

As I predicted in the 2017 predictions, we began hearing about aliens in August 2017. And since October 2017 we have been hearing a lot about space travel, Mars, new planets, other potential inhabitants of our galaxy and universe and habitable planets.

After years of denial, what is going on that this is being talked about in many circles? I believe they have known about and worked with aliens for decades and now they can no longer hide this fact from us.

Whether that is because we now have more awareness and discernment, or they are coming to a point where they have to reveal these connections (I think it’s combination of both) be ready for some big reveals about aliens, alien technology, and different on and off-earth beings, energy forms, and other aspects of energetic and non-physical life.

We are being subject to ‘soft disclosure’ so that when the big disclosure happens people are not so freaked out (even though they will be). 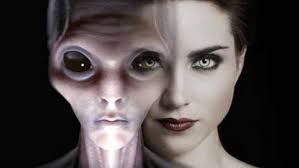 I have felt for several years that the reason we don’t ‘see’ the other life forms and life forms that inhabit this planet alongside us, and there are many of them, is that we are trying to ‘see’ them with our 3D sight and we need to shift that to being able to use our 5D vision to discern their presence.

In 2017 and through to 2020 we will have many more UFO sightings and be able to connect and interact with these life forms. The process will begin slowly but as soon as we master it, those connections will be easily made.

This doesn’t mean that we’ll be rescued or saved because not all of these life forms are benevolent but we will have stronger and more frequent interactions with them.

Dark vs Light, Evil vs Good

We are fighting an epic battle of the ages, between dark and light, evil and good, and while we’re winning mightily, the war is not over yet.

Each of us plays an important role in this battle which is a fight between opposing energies in the polarity of 3D. Every time we shine brightly, set powerful intentions, establish our high vibe energy boundaries, empower our vision, claim our energetic sovereignty, we claim new 5D territory in the ongoing 3D/5D integration to edge closer to multi-dimensional duality.

This is the battle to bring heaven on earth and we are engaged as individuals and as the collective, it is a battle we have fought for eons but now we are ready to take ascension into a new level.

Each light is important and each light shines brightly for the whole. Yes the battle is important and we have fought this before, and lost. But we are not going to lose this time and now we are joined by many in the collective who are awake, aware, aligned with a new truth, and who want this for themselves.

Celebrate your victory as you continue to expand your energy, raise your frequency, and embrace the joy energy of 5D. We have created a community of light so there is plenty of support for you on your journey.

Ask and receive, be in your energetic sovereignty, and remember that you are a spark of divine light with the full power of the light of Source with you.

I make these predictions carefully because nothing is set in stone and we have creative power over all of our individual and collective realities.

While both the dark and the light are potentials, it is our desire for the energies of peace, love, joy, and prosperity for all that will allow these to be dominant energies on the planet.

If we want a different kind of world, we need to set intentions for that world to exist. It can, if we do it and do it as the collective family of humanity.

We have moved from the New Age into the Light Age. We have rejected the power, greed, domination, competition, and control of the 3D paradigms to embrace the connection, collaboration, community and creativity of the 5D paradigms. We’re in full integration mode now, onward and upward.

Shine on Light Beacons, be bold, have powerful intentions and strong energy boundaries and let’s make this a great year for us and for all of humanity.

With much love for your continued presence and support on this ascension path, I wish you the biggest, best, and brightest blessings for the new year. I am honored to be a guide for you and humbled by your trust, faith, and love.