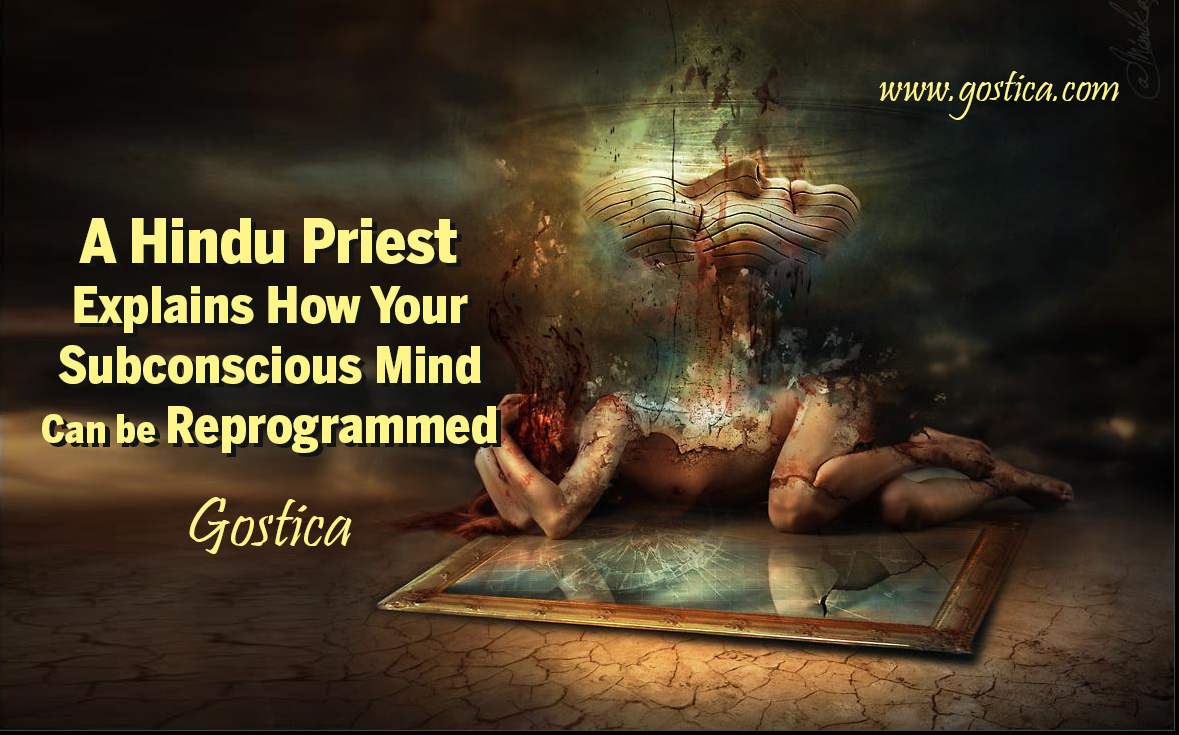 The subconscious mind is akin to that unseen portion of an iceberg which remains underwater.

Some believe that up to 95% of our mental activity takes place in the subconscious, just below our conscious awareness.

This underwater portion of the mind is never inactive, though, as it continues to collect and process information even when we are asleep.

According to the Freudian model of the unconscious, the contents of the subregions of the mind are the primary guiding

influence on a person’s behavior, habits and urges.

Recommended: 4 Surprising Places To Connect To The Field Of Consciousness

And in his study of the psyche, revered psychoanalyst Carl Jung relates the importance of paying attention to what is going on in the lower

parts of the mind, saying, until you make the unconscious conscious, it will direct your life and you will call it fate.

While this model may be debatable to some scientists, sages and those devoted to personal development have long known that these regions

of the mind are programmable with conscious intention, a process which can be achieved with affirmation and mantra.

As a spiritual tool, monks of the eastern traditions have been using mantras since time immemorial, most recognizably along with prayer beads.

Recommended: 4 Ways To Unlock The Doorway To Your Subconscious

The value of this type of meditation is well-understood by practitioners, although, difficult to quantify.

It offers a simple but powerful means of creating the emergence of desired positive outcomes in personality, habits, beliefs and emotions.

Mantra is really just a specialized grouping of sounds and vibrations which positively affect the mental and physiological planes.

The effects of sound on the brain have been demonstrated in Electro Encephala Graph (EEG) charts as well as by documented physical changes (skin temperature, heart rate, respiratory rate among them).

While we may consciously want to remove certain thought patterns, they can be difficult to dislodge because they are formed at subconscious levels. This is where mantra can be very effective. – Christina Sarich

Speaking on how this process works, Hindu priest and international speaker DandapÄni explains how mantras are similar to affirmations in how they work to reprogram the subconscious mind.

In an interview with Brian Rose of London Real, DandapÄni answers the question of why the simple concentrated repetition of sound can so powerfully brings about positive changes in personal behavior.

You can say they are prayer beads, but they’re actually more like affirmation or mantra beads.

So, we use these to actually program our subconscious. So as we chant on each bead, we chant an affirmation.

I am happy, or I’m confident.

There is more to it than just saying a phrase 108 times, however, and as he explains, three ingredients are necessary:

Recommended: This is How The Moon Affects Our Subconscious

The process of visualization is extremely important in clarifying for the mind the precise object in focus.

If you were to chant, I love apples, the brain would become confused by the word apple, however, unless a very clear picture of the apple is presented along with the mantra.

Regarding a corresponding feeling, he explains how feeling is emotion and emotion is energy, quoting the late Nikola Tesla.
He [Tesla] had this beautiful saying which kind of encapsulates Hindu philosophy really well.

He said that, to find the secrets of the universe, think in terms of energy, frequency and vibration.

Everything is made up of energy that’s vibrating at its own frequency.

subconscious and create a pattern, infuse it with energy that’s vibrating at a certain frequency, you can attract things of a similar nature to it.