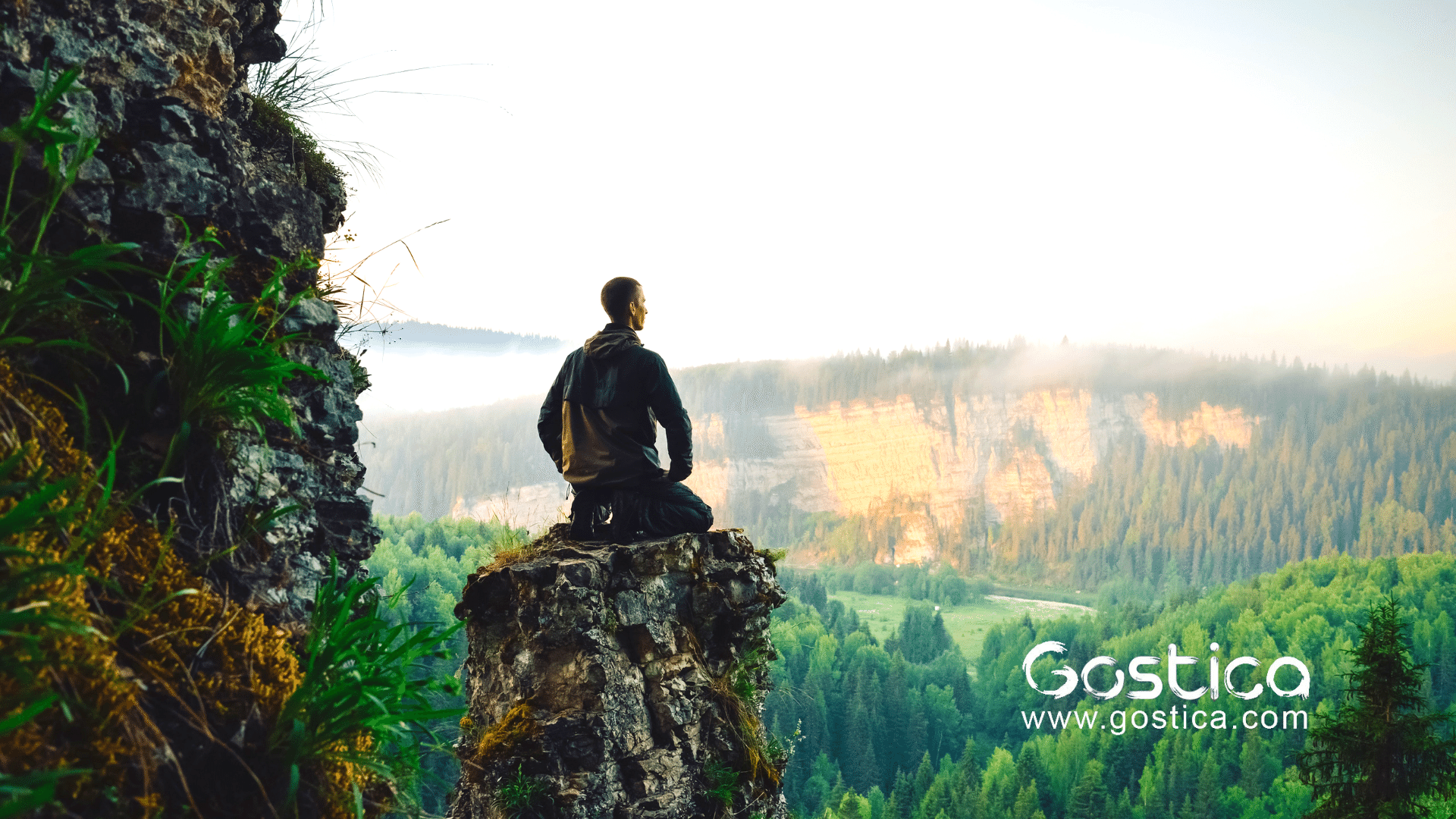 As an acupuncturist, I have become fascinated by the mental, physical, and energetic prompts that can induce a body to heal. So fascinated, in fact, that I wrote Energy Medicine: The Science and Mystery of Healing, to explore them. When researching the book, I interviewed Madhu Anziani, a 23-year-old man who accidentally fell out of the second-story window of his house in San Francisco.

After a 13-hour surgery at UCSF Medical Center, Anziani was in a coma when the doctors assembled his family and broke the news that his spinal cord was so badly damaged that he would likely be paralyzed from the neck down. After he regained consciousness, the hospital began to prepare Anziani for life in a wheelchair, but Anziani always held an image of himself walking out of the hospital in his mind’s eye. This is where the healing story begins.

Believe in the power of your voice.

After a month, he began to muster his voice, making a very weak “ah” sound. From then on, “what I knew to do was to make the ‘ah’ sound,” he says. “I felt the vibration throughout my body, throughout my nervous system, going into my legs…[so] I would make the sound for five minutes at a time. I kept trying to increase the amount of time I could do it.”

It gave him a feeling of “aliveness” in his body, as Anziani puts it, “and it was not subtle.” This tone—now a protracted “aaaaaaah” chant—was calming.

Anziani was encouraged by the fact that he could feel the vibration from the sounds he was making throughout his whole body, reasoning that it was an indication that his nervous system still retained an ability to function. When he confided this to one of the nurses, she gently told him not to have thoughts like that and encouraged him to focus instead on learning to adjust to his new life as a tetraplegic.

“Every time I was told that I would have to live a certain way, an adapted lifestyle, I didn’t let it penetrate me,” he told me. “I didn’t let it be my belief system. I let it just be there. Of course, it was possible that I was going to be a disabled person. But I also knew that my thoughts are powerful, feelings are powerful; they generate energy and chemicals in your body. I knew that visualizing [myself walking] was a better option than imagining a story of a disabled life. So, I used my mind to transcend the perceived reality and tap into the ocean of healing love that exists in every moment. I let there be joy in my body because I know the presence of joy and gratitude heal.” And from this joyful place, he continued to use tones and mantras to send a wave of vibration through his body.

After two and a half months, Anziani was able, with the help of a walker, to leave the hospital on his own two feet. What I find so fascinating—and inspiring—about Anziani is how gracefully he navigated being the healer and patient, requiring engagement and surrender.

As the patient, Anziani was committed enough to keep making the effort (to exercise his voice, his lungs, his body) despite the uphill battle he faced, and yet, as the healer, he let go of his ego—and a sense of being able to control his outcome.

Crucially, Anziani accepted the possibility that he might not walk again, but he allowed this to coexist with the understanding that envisioning a different outcome brought with it both pleasure and potential.

While Anziani’s mode of healing was rooted in his voice, yours may come in a different form. Perhaps it is a positive thought pattern that moves you through challenging times or a belief that you can manifest the health and life you want.

If you’ve yet to pinpoint your inner healing modality, you can practice a visualization, like Anziani did in the hospital, and create a positive image of what your life will look like. Through these visualizations, you can begin to take hold of your healing journey and transform your thoughts and physiology.

Trust your inherent ability to heal.

Our greatest strength in healing, I believe, comes from an acceptance that our bodies—and spirits—are innately capable as opposed to vulnerable. When people get sick, they tend to blame themselves in overt and subtle ways, believing that they’ve somehow devised their own illnesses. But illness is not about weakness or blame; it’s a natural call to bring our bodies back into coherence.

I think Anziani was able to accomplish such a feat because he understood that, at our core, we are whole and safe. Safe, in this sense, does not mean protected from, as in Anziani’s case, paralysis or, more broadly, illness or death; it means that we are all connected to a larger energy field that is both enlightened and altruistic—and willing to collaborate if we engage it.

It is this part of ourselves—the aspect that is whole and safe—that good healers attempt to reconnect patients to by providing a prompt to the body’s intelligence and ability to repair itself.

Many healing modalities are able to urge the body toward health in this way: acupuncture, Reiki, shamanism, hands-on healing, to name a few. But it is also possible to create this prompt for yourself. The first step is to trust in your inherent ability to heal in a variety of ways.

Be open to a variety of healing modalities.

Anziani’s recovery can be attributed to several factors. First, he received excellent medical care from doctors who skillfully repaired his spinal cord. And second, he was nursed back to health by a variety of therapists. However, Anziani’s own role in his healing shouldn’t be underestimated.

He defied his doctors’ expectations because the sounds he made created a vibration that made connections in his damaged spinal cord, but he did not simply chant himself into wellness.

His healing process involved a complicated interplay between conventional medical care and his body’s innate energetic intelligence, as well as a shift in his belief systems that made Anziani genuinely open to possibility. And that possibility— our bodies’ ability to heal in remarkable ways—is open to us all.

This was written by Jill Blakeway for MindBodyGreen.