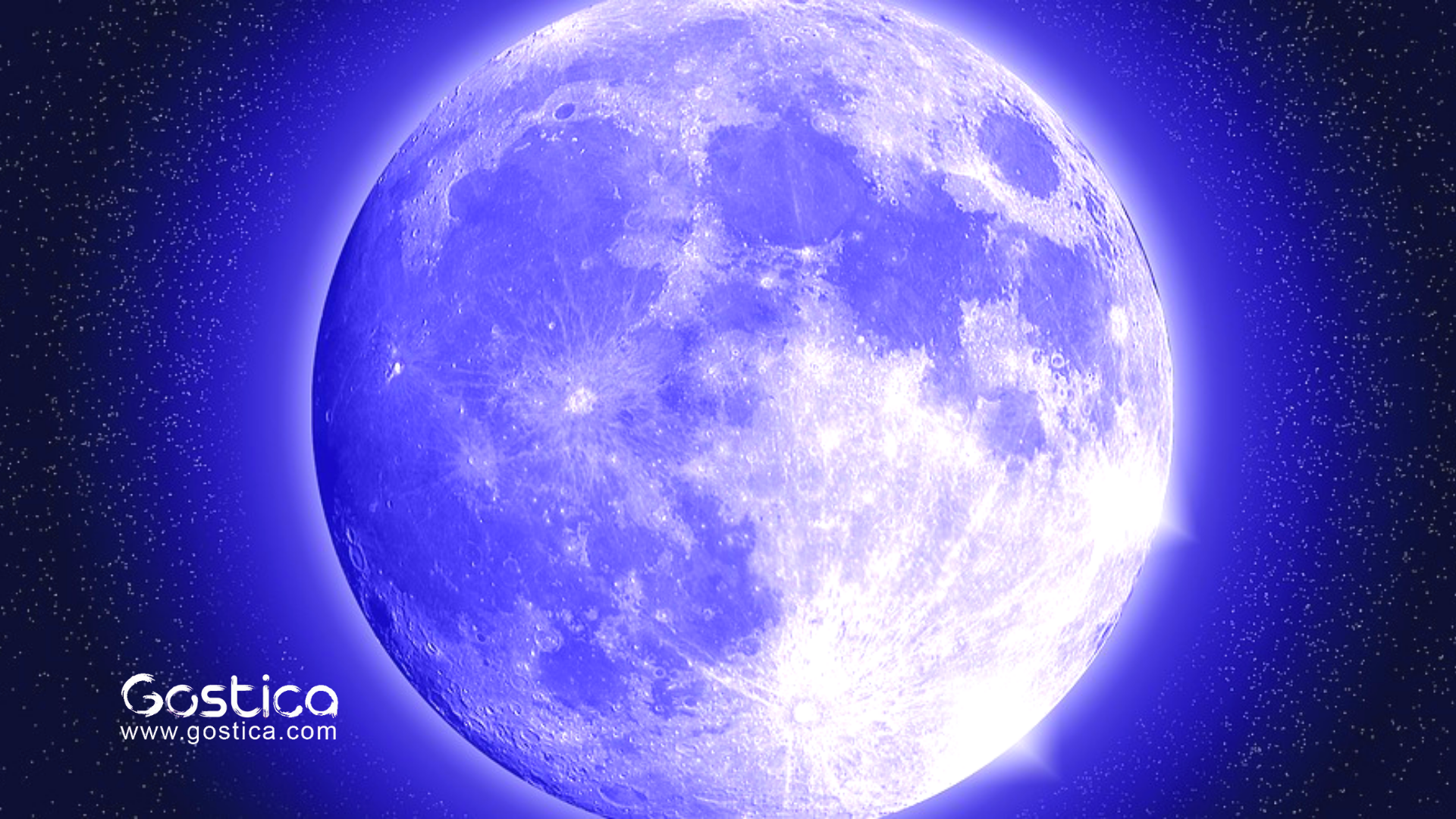 Ah, a blue moon. Just the sound of it makes everything seem more magical. I’m hearing the song “Bluish” by Animal Collective. I’m envisioning a bright lunation tinged with the color of lapis lazuli. With an upcoming blue moon on schedule, I’m already feeling cosmic.

However, before I start getting ahead of myself, let’s get one thing straight. A blue moon doesn’t technically mean that the moon will be the color blue. Unfortunately, that image has to remain within the confines of our imagination. That being said, you’re probably wondering what the spiritual meaning of the 2019 blue moon and what it’s going to mean for you.

You may be familiar with the more traditional definition of a blue moon, which is a second full moon that occurs in one calendrical month. As you can imagine, it’s not all that common to have two full moons in one month. In fact, that’s where the old saying “Once in a blue moon,” comes from. However, this upcoming blue moon meets the criteria in a slightly different way.

A blue moon can also mean the third full moon in one astronomical season, according to TimeAndDate.com, and this is the case for the 2019 blue moon. During the season of spring, we’ll have not the usual three, but four full moons total. This is exciting, right? The more full moons, the merrier! After all, this lunar occurrence is pretty rare. A blue moon takes place every two to three years, according to TimeAndDate.com, so this is not a phenomenon you want to miss.

The full moon of May 2019 isn’t special only because of the fact that it’s a blue moon. This lunation is bursting with spiritual symbolism. Did you know this full moon is traditionally known as the Flower Moon? According to TimeAndDate.com, the name given to the May full moon is rooted in Native American history.

This is around the time of year that countless species of flowers are blooming left and right. Since Native Americans did not originally use a 365-day calendar, they relied on the lunar month to mark the passage of time. When the Flower Moon rises, it meant that it was right in the middle of spring.

The May full moon isn’t only known for flowers. According to Farmer’s Almanac, it’s also known as the Mother’s Moon and the Milk Moon, and you can probably guess why. Since the natural world is alive with creation, livestock are producing more dairy and giving birth to more babies. It’s a time of heightened fertility and abundance.

Depth, introspection, and power are all hallmarks of the upcoming blue moon. Why? Because it takes place in Scorpio, the zodiac sign of reincarnation and delving into the shadow self. Scorpio is ruled by Pluto, god of the underworld, and it’s concerned with all things related to the underbelly of life.

Think of Scorpio as the key to a chest of dark secrets, or as the deep-sea creatures that know all about what lies at the bottom of the ocean. When a full moon is known for revealing the truth and bringing you a sense of completion, you can expect Scorpio to make it a truly transformative experience. Upheaval awaits.

This lunation is marked by a few very fascinating astrological transits, namely that there will be three planets in retrograde during this time: Jupiter (expansion), Pluto (metamorphosis), and Saturn (discipline). This makes the Scorpio blue moon one tinged with reflection.

This is about looking inside of yourself, facing the truth, and coming to grips with internal changes that must be made. How do you want to grow? How can you forgive yourself? How can you learn from your past? Take time to meditate on where you’re at in life.

You have all the power to truly bounce back from any feelings of insecurity and self-doubt. With a grand water trine forming between the moon (emotion), the north node (fate), and Neptune (imagination), you’re feeling deeply compassionate towards yourself and inspired to embrace your ultimate destiny.

This is about internal success and happiness. If it makes you feel happy, if it brings you a sense of peace, then it’s the right thing to be doing.