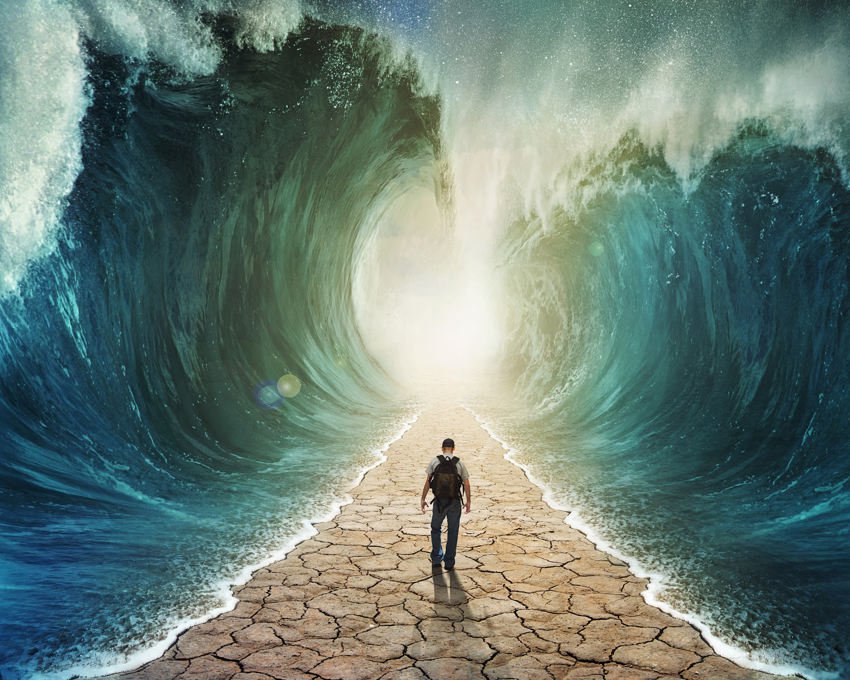 Anxiety disorders are commonly associated with being a purely negative thing.

It’s no surprise, since anxiety, especially in its severe forms, can make one’s life difficult. Whatever type of anxiety disorder you may be suffering from, it’s for sure that it causes you troubles, making you unable to handle the challenges of everyday life and preventing you from enjoying some simple things that are natural to most people.

Recommended: The ‘Muscle of the Soul’ may be Triggering Your Fear and Anxiety

However, what if I told you that your anxiety may actually be hiding some remarkable powers? Here are some of those, based on recent scientific studies and not only.

It has been long recognized that anxiety has evolutionary roots and, just like fear, originated as a means to protect our ancestors from a premature death. This was a great mechanism of survival when humans had to face constant physical threats, such as wild animals trying to eat them.

However, today, when we no longer have to deal with such situations in our daily lives, anxiety has basically become a response to non-existing dangers.

But what if this response can actually be useful and even vital in certain cases? French scientists have found that anxious people possess a unique life-saving sixth sense.

According to the results of the related study, some regions of the anxious brain have the ability to detect threats just in 200 milliseconds! These fast and automatic reactions can, in fact, make the difference between life and death in extreme situations.

A recent study on verbal intelligence found that people who reported suffering from social anxiety performed better in verbal-linguistic testing than those who didn’t.

Another study conducted at the SUNY Downstate Medical Centre in NYC found that participants suffering from Generalized Anxiety Disorder (GAD) scored higher in an IQ test than those who didn’t have a history of anxiety.

Recommended: This Is What Causes Your Anxiety, Based On Your Zodiac Sign

Anxious people are analyzing and overthinking their surroundings all the time, which means their brains are constantly processing information. With these continuous thinking processes that take place in their heads, it makes sense why people who suffer from anxiety disorders have higher IQ levels.

According to research by Israeli scientists, socially anxious people exhibited prominent empathetic abilities, i.e. they had higher psychosocial awareness than their non-anxious counterparts. Simply put, people with anxiety have a better capacity to understand and feel what others are going through.

Thus, individuals who suffer from social anxiety may possess an innate empathetic ability. What if this is the reason why these people feel the way they do around others?

What if they are just too sensitive to other people’s emotions, which is overwhelming and results in those disturbing symptoms? No surprise that socially anxious people feel more comfortable avoiding human interaction.

4. Sensitivity to other people’s energy

Similarly to the empathetic ability, people with social anxiety may be experiencing those uncomfortable symptoms because they can sense the energy of those around them. Of course, this idea is less scientific than the previous ones and is not based on any studies, but it’s still a possibility.

Based on my personal experience, I have noticed that some people provoke intense social anxiety symptoms in me while others don’t. And most of the times, I can’t find any rational explanation for this – for no plausible reason, it just feels awkward and uncomfortable when someone is around.

What if I’m able to sense their energy and get the emotional state associated with anxiety as a response to low-frequency vibes?

Recommended: Pressing This Button On Your Body Can Relieve Stress And Anxiety

As you see, it turns out that anxiety disorders also have a bright side.

Nothing is absolute in this world, and perhaps, we label anxiety with being a mental disorder because we still know too little about the human brain and the existence in general. In reality, anxious individuals might simply be too sensitive to the things most people are unaware of.

Do you agree that anxiety disorders are more complex than it seems? What are your thoughts on this? Please share them in the comment section below.