Home
SPIRITUAL LIFESTYLE
5 Signs You May Be a Nontraditional Shaman 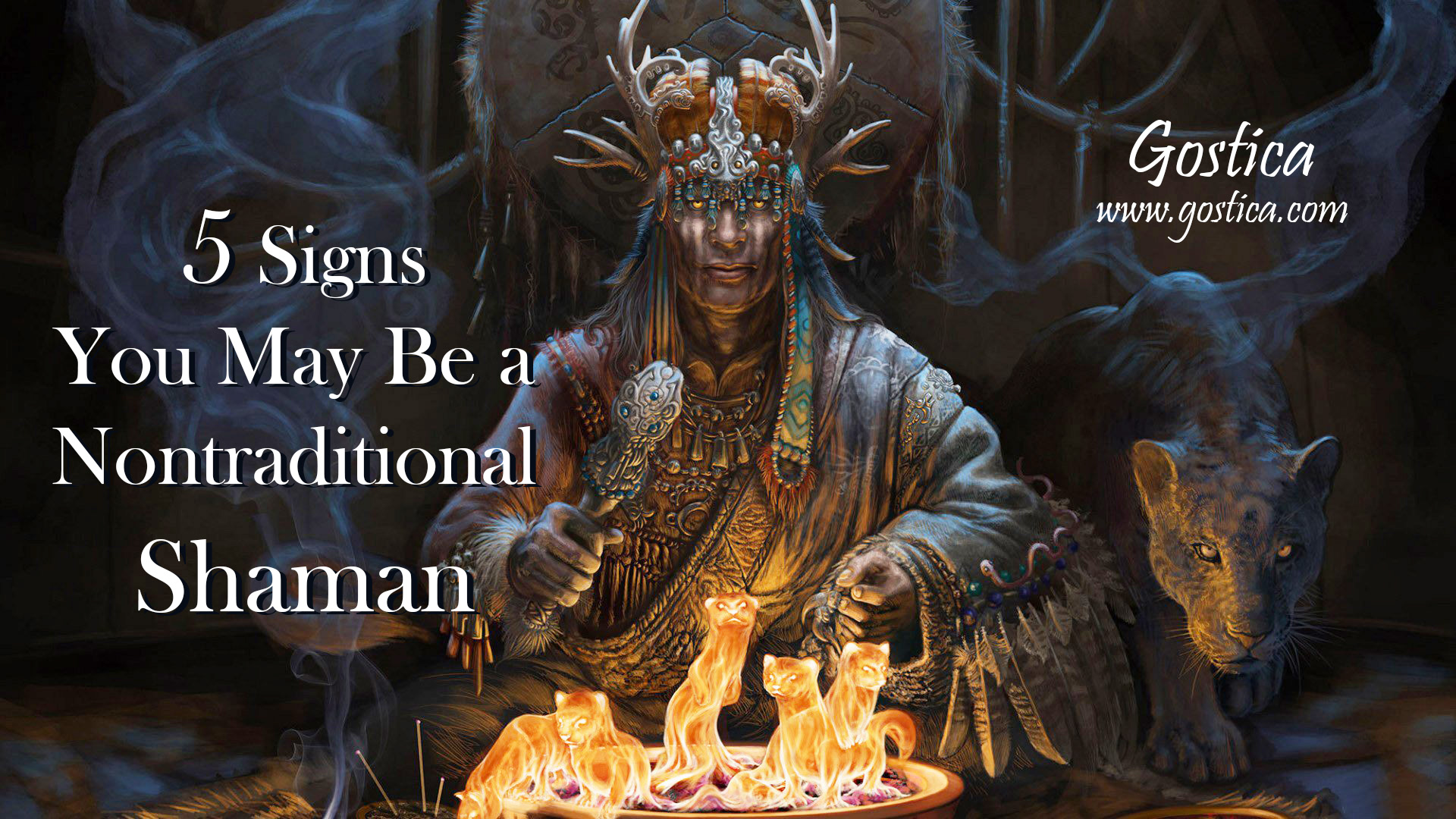 “Ghost talker? Vision poet? Soothsayer? Oracle? Bridge between worlds? There are many ways to describe shamans and the shamanism they practice, but basically shamanism is the most ancient spirituality, and for the most part you don’t choose it –it chooses you.” ~Shadow of the Shaman

Shamanism is an eclectic concept. It transcends culture. It smashes tradition into tradition and comes up with transformation.

From the traditional to the nontraditional, shamanism wears as many masks as can be imagined: wolf mask, owl mask, whale mask –tribal shaman, urban shaman, disaster shaman.

But most of all it reveals the naked vulnerability of the human condition beneath all masks. It reveals the interconnectedness between all things.

Nontraditional urban shamans, or neo-shamans, provide a way for modern codependent beings to become independent enough to connect interdependently with the greater cosmos.

They provide a sacred space for people who are stuck in the nine-to-five drudgery of modern life to shed their thick city “skin” and become more vulnerable and intimate with cosmos and soul.

Recommended: Select 1, 2, or 3 To Find Out Which Shamanic Animal’s Influence Is Currently Guiding You

For the neo-shaman, church is everywhere; sacred ground is all places. They are here to bridge the gap between opposites.

Most of all, they are here to drag the layman –kicking and screaming if need be– into a future without limits.

Here are five signs you may be a neo-shaman.

1.) You’ve Been Initiated by a Dark Night of the Soul

“We think that the point is to pass the test or to overcome the problem, but the truth is that things don’t really get solved. They come together and they fall apart.” ~Pema Chödrön

Life is a rollercoaster ride, but you’ve learned to appreciate the highs and learn from the lows.

It was in the Dark Night that the hidden treasure of your initiation was revealed. In the bleakest black your heart buckled and blurred, but a profound magic came from it that transcended heaven and hell.

It propelled you beyond good and evil. This magic usurped your spirit and sharpened your soul into a multi-edged sword that dares to cut deep into the heart of all things.

Most of all, the Dark Night revealed the pulsing blister of your primordial wound, the lingering wound that we all share as mortals.

Indeed, as Terence McKenna profoundly stated, “It is of the first order of importance to remember this, that the shaman is more than

Recommended: 11 Signs You’re Called To Be A Shaman

merely a sick man, or a madman; he is a sick man who has healed himself, who is cured, and who must shamanize in order to remain cured.”

You are able to bridge the gap between the sacred and the banal. You are a periphery keeper: a bridge between Nature and the human soul.

You catch songs just as theatrically as you unleash dance. You build metaphorical and metaphysical bridges just as profoundly as you weave webs between psychological and philosophical constructs.

No domain is off-limits. No boundary is free from being transformed into a horizon.

In the throes of “intentional schizophrenia,” you’ve learned how to transmigrate your soul.

Between either-or, between neither-nor, there is a sacred space, a middle-way grace, that you’ve learned to balance on like a tightrope between man and overman.

And then you have the spiritual wherewithal and existential daring to come back to the “real” world and disclose your shamanic treasures.

As Alberto Villoldo noted, “The task of the shaman is not to pursue meaning but to create it, to bring the sacred to an otherwise profane and mundane reality.”