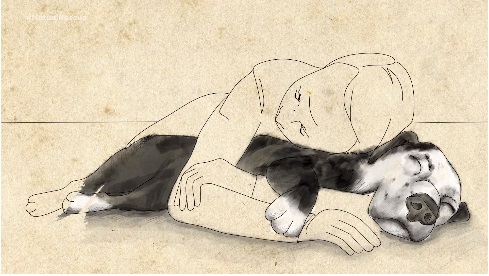 For The positive impact of energy between man – animal has been written a lot. Many people have observed that the cat comes to help her owner when he feels sick.

If we talk about the dogs, they often act as a sponges. The Dog protects his master in energy plan- all negative emotions directed towards the owner: envy, anger, lust, are absorbed by the four-legs guardian.

A similar story is shown here. Eric wasn’t happy with his life. He worked too much, had few friends, was overweight and suffered from Type 2 Diabetes. After a plane incident Eric wanted to change his life. On advice from a nutritionist he adopted a shelter dog named Peety. He wanted someone just like him, fat and middle aged, but wasn’t sure how a dog would help him change his life. On the adoption day, Eric saved Peety’s life, but within just six months, the dog returned the favor. Here’s what happened.