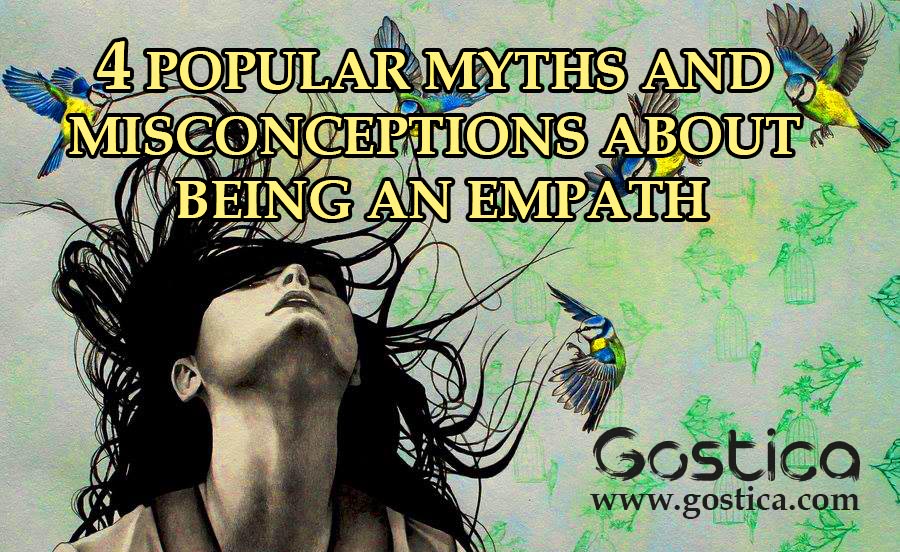 If you can relate to, or have been called a combination of any of these words, chances are you’re part of a unique group of people: the Empaths.

Occurring in an estimated 5% of the population, Empaths are known for their highly developed ability to sense the emotions and thoughts of the people around them.

As author and Empath Christel Broederlow put it “empaths often possess the ability to sense others on many different levels”, this includes the abilities to intimately understand what a person desires, yearns for, and is currently feeling, suffering or thinking, as well as the ability to feel other people’s bodily illnesses. These occurances manifest themselves as energy vibrations that the finely tuned Empath can pick up on, or “tune into.”

Commonly identifying as clairsentients and HSPs, Empaths possess an ability that is both a blessing and a curse. On one hand, the Empath is an excellent listener and counselor, knowing the best way to comfort and assist those around them.

On the other, being an Empath can be painful and tiring. It’s common for the Empath to be weighed down and constantly congested with the negative emotional energy of others, often creating physical and psychological disharmony.

Although the Empath has a wonderful gift, and is often greatly cherished by those around them, they are often challenged and confronted by a variety of misguided perceptions towards their innate gift.

Recommended: 10 Essential Traits Every Empath Must Manage Or They Will Needlessly Suffer

“You need to grow some thicker skin! Stop being so overly sensitive.” I wish I could tell you how many times I heard that in my childhood! Growing up as an Empath, you may have experienced similar insults from your parents, friends or peers, and perhaps even worse.

It’s not at all trendy or popular to be sensitive or feeling in our society that values efficiency, cold calculation, and industrial resilience. Therefore, you may have experienced and still experience, a lot of antagonism towards your behavior as an Empath. I will explore four of these main misconceptions below.

Myth #1 – Empaths are navel-gazing and self-absorbed.

Truth – We often focus more on others than on ourselves.

It’s true that Empaths are often unexplainably moody and quiet on the outside. However, this isn’t because they’re excessively absorbed thinking too much about themselves and their feelings. Rather, the Empath is often deeply affected by the exterior emotions of others that he experiences as his own.

The Empath’s ability to intuitively feel the feelings of others is what weighs him down so much. In fact, it’s characteristic of the Empath to pay more attention to others needs than his own.

Recommended: If Your Child Shows Any of These 15 Signs They Are A Natural Born Empath

Truth – We are magnets of negative energy. This often creates psychological disbalance within us.

Empaths are excellent listeners, confidants, and counselors. For this reason, it’s common for people to be drawn towards their sincere and caring natures, almost like magnets. Therefore, Empaths often experience a lot of “emotional baggage dumping” from other people, and have difficult releasing themselves from the negative energy that remains in their minds and bodies afterwards.

Unfortunately, this can lead to a lot of lingering depressive emotions that the Empath is left with. Thus, the Empath can appear to be mentally ill and depressed, and in some cases legitimately is. However, in most cases the Empath is congested with remnants of harmful emotional energy, like sinuses are congested with mucus during a flu virus.

The root of the problem doesn’t lie with the Empath, it’s a result of their outer emotional climate.

Truth – We are biologically programmed to be more sensitive and in tune with our surrounding environment.

As Empath Nicole Lawler wrote, Empaths are essentially “walking around in this world with all the accumulated karma, emotions, and energy from others.” Understandably, this results in a lot of inner emotional tension for the Empath who is more prone to crying and exhibiting other signs of “weakness.”

Additionally, the Empath finds it extremely difficult to partake in many “normal” activities. For instance, watching a movie about Nazi concentration camps is extremely emotionally upsetting for the Empath, and getting a job in an office is overwhelming and tiring for the Empath who is bombarded with other people’s emotions constantly. Therefore, it’s not surprising that the Empath is often perceived as “wussy”, “frail” or “weak minded” to the person who fails to comprehend the constant pressure the Empath lives under.

The fact that most Empaths aren’t driven clinically insane by the constant emotional flux they experience is testimony enough to their mental strength.

Recommended: 6 Types of Psychic Empaths: Are You One of them?

Truth – We often lack mental, emotional and physical energy due to our intense empathetic ability to understand others.

Chronic Fatigue Syndrome (CFS) amongst other physical issues like headaches, insomnia and Fibromyalgia, have all been commonly attributed to Empaths.

If our minds are constantly overloaded with stress, tension and pressure, it therefore translates that our bodies are as well.  This often results in sicknesses such as the ones mentioned above. Thus Empaths often lack the energy and therefore desire to do many things, preferring to relax (including taking naps) instead.

Recommended: All Empaths Have THESE 4 Rare SUPERPOWERS, Whether They Know it or Not

This was originally published by LonerWolf.

Aletheia Luna is an influential psychospiritual writer whose work has changed the lives of thousands of people worldwide. After escaping the religious sect she was raised in, Luna experienced a profound existential crisis that led to her spiritual awakening. As a spiritual counselor, diviner, and author, Luna’s mission is to help others become conscious of their entrapment and find joy, empowerment, and liberation in any