Home
SPIRITUAL LIFESTYLE
Quiz: Who Is Your Actual Guardian Angel? 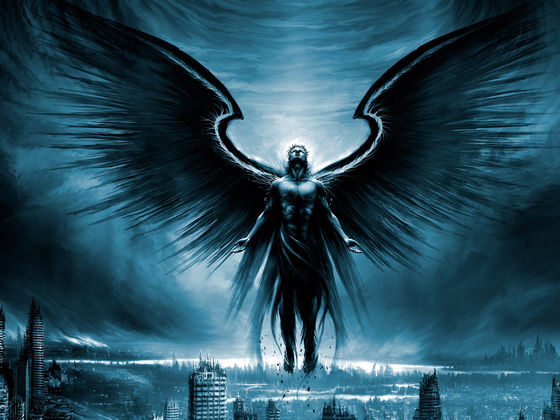 Everyone has a guardian angel, no matter how selfless and good or flawed and wayward they may seem to be.

Regardless of whether or not you can feel their presence and even if you don’t believe in the whole idea of it, we each have an angelic protector by our side.

Our guardian angels are always there when we need them the most.

While many people believe that their main goal is to keep us out of harms way, safe and sound, it’s not the only job that they are tasked with.

Rather, our guardian angels primarily aim is to help us get through life and all of the trials and tribulations we face along the way.

Recommended: Which Archangel Is Guiding And Assisting You

This doesn’t mean that they cater to our needs or desires, that much is obvious, instead they make sure we see the good in things and the light at the end of the tunnel.

As it turns out, sometimes we gain the most from the hardest lessons that we must face.

Who do you think your guardian angel may be? It could potentially be anyone and some people even claim that they know who their protector is.

Others have had inexplicable encounters and visions of a spirit-like being, but the most common experiences are feelings of immense comfort and reassurance that they could only chalk up to stemming from their guardian angel.

These usually revolve around near death experiences in which people miraculously overcome tragedy or pull through immense trauma that they’re faced with.

These reports and experiences have been around for centuries.

The earliest mentions appear in religious texts which reference certain figures who are believed to have been angels.

Among others, the most well-known figures who have been specifically named as angels include Gabriel, Micheal, and Lucifer.

Those biblical figures aside, your own guardian angel could be anyone.

Maybe it’s a relative or close friend who has passed, or perhaps it’s someone famous, like a historical figure.

Who your guardian angel is likely depends on a range of mostly personal factors, such as whether or not you consider yourself to be a

Recommended: What Star System Are YOU Originally From? (Starseed Quiz)

leader, solitary, extroverted, strong, protective, religious, a leader, and so on.

All of these factors and more are covered in this quiz which will help you to figure out and determine who the guardian angel is that’s watching over you.

Try it now to see which historic angel you get and enjoy!