Home
SPIRITUAL LIFESTYLE
Which Card Drains You The Most? Discover The Message You Need To Hear Right Now 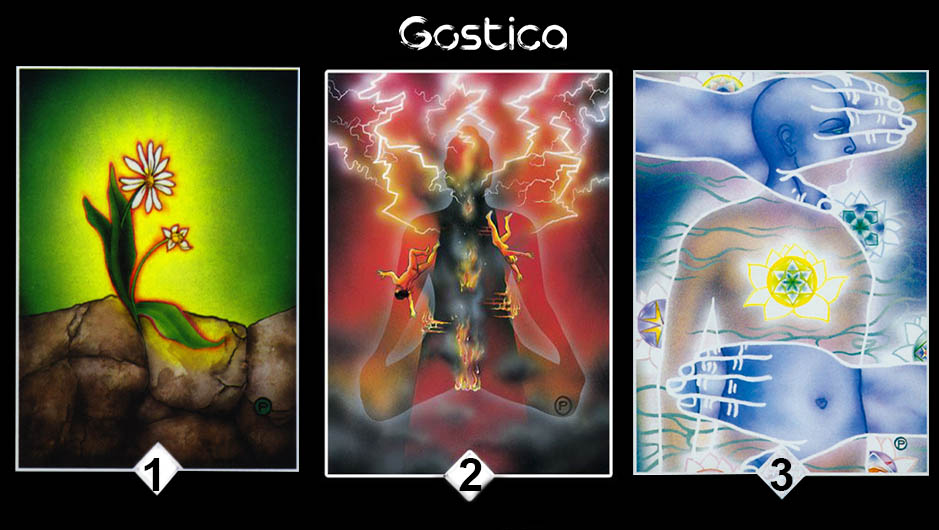 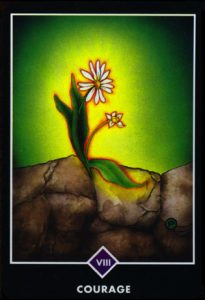 Commentary on the Card: This card shows a small wildflower that has met the challenge of the rocks and stones in its path to emerge into the light of day.

Surrounded by an aura of bright golden light, it exposes the majesty of its tiny self. Unashamed, it is equal to the brightest sun.

When we are faced with a very difficult situation we have a choice: we can either be resentful, and try to find somebody or something to blame for the hardships, or we can face the challenge and grow.

The flower shows us the way, as its passion for life leads it out of the darkness and into the light. There is no point fighting against the challenges of life, or trying to avoid or deny them.

They are there, and if the seed is to become the flower we must go through them. Be courageous enough to grow into the flower you are meant to be.

Meaning of the Card: The seed cannot know what is going to happen, the seed has never known the flower. And the seed cannot even believe that he has the potentiality to become a beautiful flower.

Long is the journey, and it is always safer not to go on that journey because unknown is the path, nothing is guaranteed.

Nothing can be guaranteed. Thousand and one are the hazards of the journey, many are the pitfalls–and the seed is secure, hidden inside a hard core.

But the seed tries, it makes an effort; it drops the hard shell which is its security, it starts moving.

Immediately the fight starts: the struggle with the soil, with the stones, with the rocks. And the seed was very hard and the sprout will be very, very soft and dangers will be many.

Great is the cross to be carried, but a dream possesses the seed and the seed moves. The same is the path for man. It is arduous. Much courage will be needed.

Recommended: Choose A Card For The Message You Need To Hear At This Exact Moment 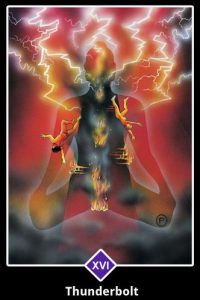 Commentary on the Card:The card shows a tower being burned, destroyed, blown apart.

In the background is a transparent, meditating figure representing the witnessing consciousness. You might be feeling pretty shaky right now, as if the earth is rocking beneath your feet.

Your sense of security is being challenged, and the natural tendency is to try to hold on to whatever you can.

But this inner earthquake is both necessary and tremendously important–if you allow it, you will emerge from the wreckage stronger and more available for new experiences.

After the fire, the earth is replenished; after the storm the air is clear. Try to watch the destruction with detachment, almost as if it were happening to somebody else. Say yes to the process by meeting it halfway.

Meaning of the Card: What meditation does slowly, slowly, a good shout of the master, unexpectedly, in the situation where the disciple was asking some question, and the master jumps and shouts, or hits him, or throws him out of the door, or jumps over him….
These methods were never known. It was purely the very creative genius of Ma Tzu, and he made many people enlightened. Sometimes it looks so hilarious: he threw a man from the window, from a two-storey house, and the man had come to ask on what to meditate.
And Ma Tzu not only threw him, he jumped after him, fell on him, sat on his chest, and he said, “Got it?!” And the poor fellow said, “Yes”–because if you say “No,” he may beat you or do something else.

It is enough–his body is fractured, and Ma Tzu, sitting on his chest, says, “Got it?!”

And in fact he got it, because it was so sudden, out of the blue–he could never have conceived it.

Recommended: Select A Card And Discover What Fate Is Preparing For You In The Near Future? 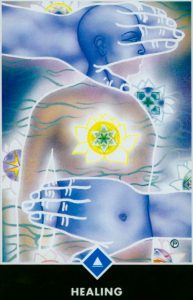 Commentary on the Card:It is a time when the deeply buried wounds of the past are coming to the surface, ready and available to be healed.

The figure in this card is naked, vulnerable, open to the loving touch of existence.

The aura around his body is full of light, and the quality of relaxation, caring and love that surrounds him is dissolving his struggle and suffering.

Lotuses of light appear on his physical body, and around the subtle energy bodies that healers say surround each of us. In each of these subtle layers appears a healing crystal or pattern.

When we are under the healing influence of the King of Water we are no longer hiding from ourselves or others. In this attitude of openness and acceptance we can be healed, and help others also to be healthy and whole.

Meaning of the Card: No, you carry your wound. With the ego your whole being is a wound. And you carry it around. Nobody is interested in hurting you, nobody is positively waiting to hurt you; everybody is engaged in safeguarding his own wound. Who has got the energy?

But still it happens, because you are so ready to be wounded, so ready, just waiting on the brink for anything. You cannot touch a man of Tao.

Be aware of your wound. Don’t help it to grow, let it be healed; and it will be healed only when you move to the roots. The less the head, the more the wound will heal; with no head there is no wound. Live a headless life. Move as a total being, and accept things.

Just for twenty-four hours, try it–total acceptance, whatsoever happens. Someone insults you, accept it, don’t react, and see what happens. Suddenly you will feel an energy flowing in you that you have not felt before.