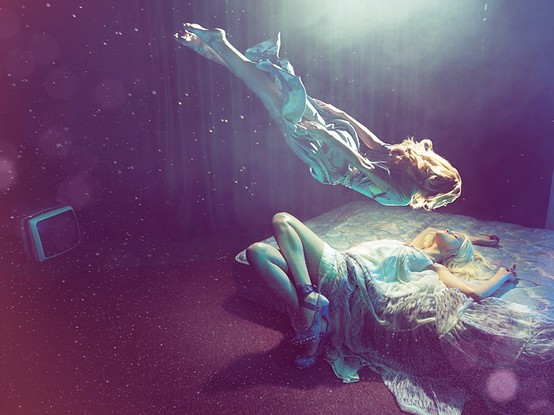 Most everyone is familiar with Electronic Voice Phenomena (EVPs), which are the best-known examples of spirit communication through what parapsychologists call psychokinesis or PK.

PK is the ability of the mind to influence objects, for example, changing a digital recording to include words or a message from beyond.

But are these communications new? Extremely rare? The answer, in short, is no. Because of the widespread presence and use of electronic devices, “modern” spirits, once limited to landline telephones, have lots of options!

The earliest documentation of the use of telephones for spirit communication was first presented in Phone Calls from the Dead in the late 1970s. In 2012, this earlier work was followed up in a new book, Telephone Calls from the Dead, which included more modern examples, including spirit communication via electronic devices, including computers and cell phones.

Below are 6 ways “modern” spirits communicate with us:

Recently, I worked with a client whose close friend died quite suddenly in an accident. Shortly after he passed, he began leaving messages on her home answering machine.

Interestingly, at least one such message showed as having been made from her own cell phone, however, her cell phone had no record of the outgoing call. The phrases spoken were, “I’m here, I’m here” and “I’m fine.” 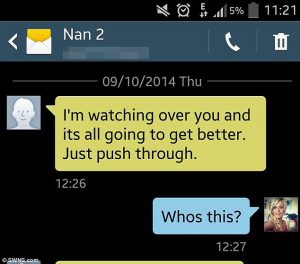 Receiving text messages from those that have passed on is becoming much more common. Sometimes, we don’t even know (yet) that the person texting us is deceased.

Another client mentioned finding an unsent text message on his cell phone when he picked it up one morning – one he knows he didn’t write. Typically, though, we are on the receiving end of this type of spirit communication.

Cases have been reported of emails having been sent after the sender has passed on. Sometimes they contain words, but have been known to be blank or include only a photograph.

The time frame can be hours after death or even weeks, months, or more – often long after the email account has been deleted.

My favorite story of manipulation comes from a friend who worked as a computer specialist at a school. A co-worker contacted her and asked her who had access to her printer. She had been at work on a Sunday afternoon and something strange had happened. The woman, a recent widow, had heard her printer come on and a page printed out. When she looked at the page, it contained only an image of a can of Coca-cola.

As it turns out, her late husband liked to surprise her when she was working extra hours with a treat – a can of Coca-cola. Once she verified that no one else could have sent it, it confirmed what she initially thought, that her husband had sent her a message via a printed document!

Phone calls from the dead, as mentioned earlier, seem to have occurred since landline phones were first invented. However, the sheer number of phones today, especially the prevalence of cell phones, means that they are much more accessible than ever to spirit.

Most often, the calls contain a lot of static and may or may not include a recognizable voice or message.

For me, I remember driving by a known haunted location and offhandedly saying “goodbye” to the ghost I knew had been seen there. Because I was moving away, I had an unplugged landline phone in the front seat with me. Much to my surprise, the phone began ringing just as if it were connected to the wall. After a few rings, a bit shocked, I answered it. There was no static, no sound, but I won’t soon forget that spirit responded directly to me by ringing the phone!

Recommended: Do You Have “Telephone Telepathy”? How to Find Out!

Spirit presence on social media is an interesting topic. Quite a few people maintain social media pages of those that have passed on, while others set up pages for loved ones that have gone missing, in hopes of finding them.

Some report that months after someone has passed, their “green light” indicates they are online. Others have seen posts made by a deceased person or by someone that is missing, but that was later determined to have been deceased at the time of the post.

This is a fairly new phenomenon, but one I’m sure we’re seeing more and more often as people that are social media savvy pass on.

It’s clear that our plugged-in world has given spirit many new channels of communication with us. It will be interesting to see, as new technology is developed, how many new ways our passed on loved ones will find to let us know that they are with us. If you would like to record you EVP as a proof this article can help you: 5 Tips to Record the Best EVPs (Electronic Voice Phenomena)